BEIRUT (Lebanon) – Yousef Khayat is able to quickly get from one spot to another. Laterally, he has the length and agility to cover so much space on the court, making it a bit tough to defenders his size to follow. Vertically, he can elevate with quickness that allows him to turn what seems like a harmless gliding drive to the basket into a devastating in-your-face dunk in the matter of a split second.

These are the qualities that makes Khayat one of the most intriguing prospects in Lebanon.

His ability to quickly get from one place to another is not only limited to being on the hardwood either. Playing – and excelling at – basketball has put Khayat constantly on the move around the world, sometimes with an urgency. Rewinding back to 2018, the 15-year-old recalls being rushed approximately 5,550 kilometers from the WABA U16 Championship in Tehran to the FIBA U18 Asian Championship in Bangkok so that he could play for Lebanon in each competition.

“It was a tough week considering that I had to stay in the airport to shift between the two tournaments,” Khayat explained to FIBA.basketball.

“During the U16 competition in Iran, we won the championship and it was a big accomplishment. It motivated me to keep my performance going for the next competition.”

“Two days later, I found myself facing the Philippines in Thailand which had many strong players, in terms of body strength and height. This was challenging for me at first since I was only 15 at the time but then I managed to cope with it.” 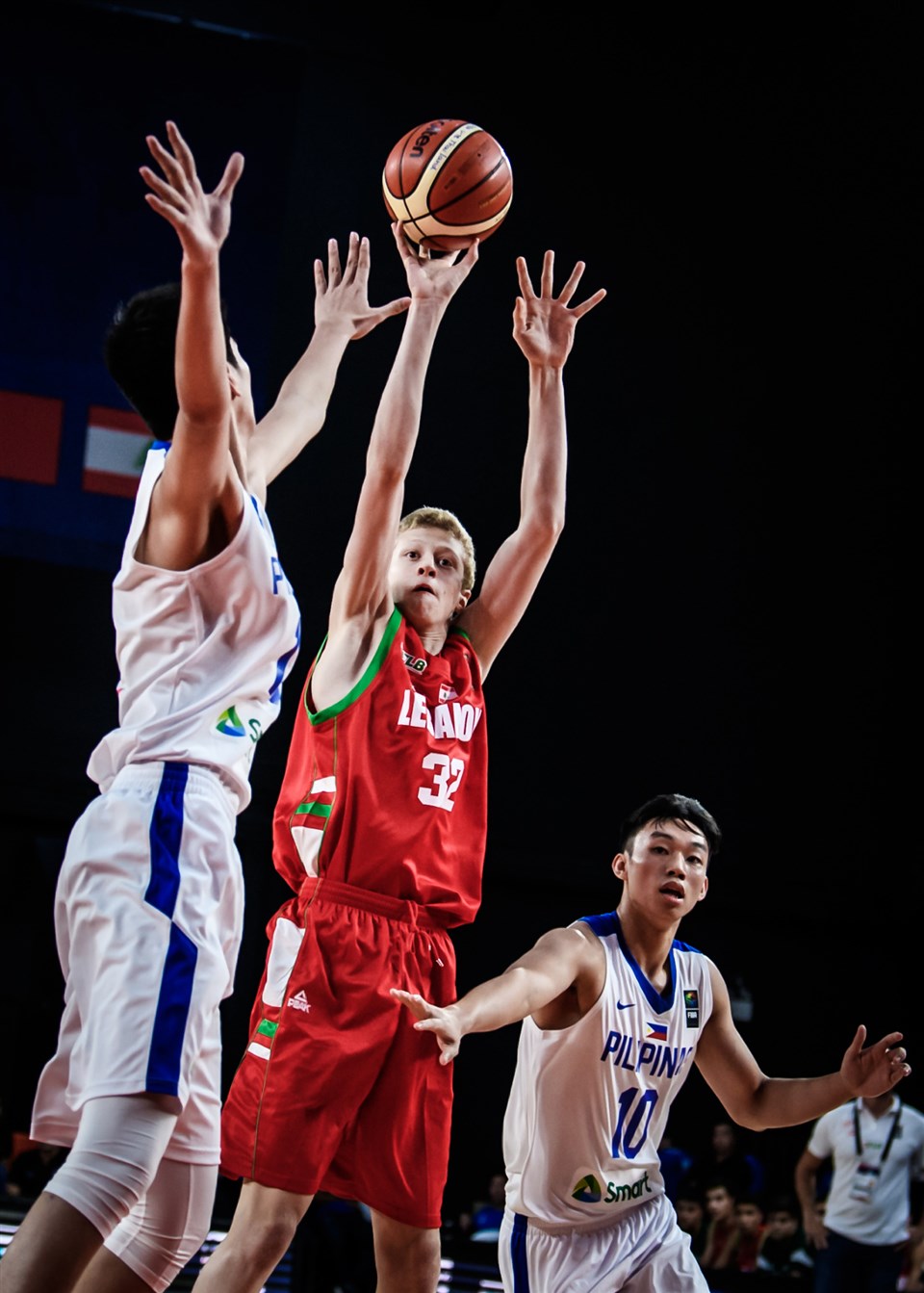 Khayat struggled in his first game off the plane, scoring only 2 points on 9 shot attempts. However, he was able to grab 9 rebounds and eventually end up with averages of 7.0 points and 5.3 rebounds per game. All of this done while being the youngest player in the entire competition.

“Being the youngest player in the Championship was an overwhelming and exciting feeling. Surprisingly, I wasn’t scared as my surroundings motivated me and gave me the right amount of support to carry on during the games. I focused on giving my best performance to help my team as much as possible. Also, the coaching staff put their trust in me despite being the youngest on the team which helped a lot.” 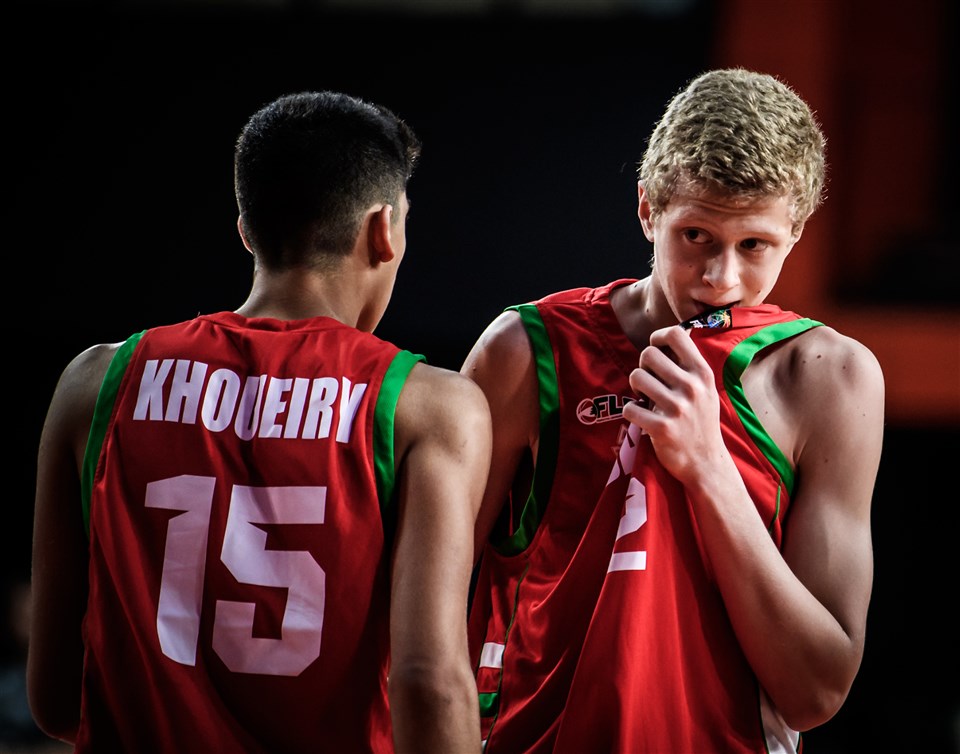 Since then, Khayat has still been busy moving around in order to play basketball at a high level. He’s been playing for the Limoges CSP youth team in France and has been recognized as one of the top young talents in the competition.

“It’s always a pleasure representing my country in any way possible. There are few Arab players in the French league and being one of them is really an honor.”

“Playing in France is a great experience as it made me grow both as a player and as a person in terms of mindset and lifestyle.”

“I got to play in many different cities with players from all around the world and coming from a small country this was really exciting.”

“Throughout this journey, I learned to pay attention to every detail as the game is way more tactical. The game in France relies more on the physical aspect of the players, so I had to strengthen my body by increasing my fitness training.”

These are certainly big steps in such a short span of time for the rising talent, from U16 national team star to up-and-coming small forward in France. However, it shouldn’t come as a surprise.

Yoyo – as Khayah also goes by among his close ones – took up basketball early as his father also played back in high school. The apple didn’t fall too far from the tree.

“Ever since I was a child, I always found myself passionate about the game of basketball. This passion kind of ran in the family.”

Even outside of the family, basketball in Lebanon is a pretty big deal anyways. Just check any of their games whether it was during the FIBA Asia Cup 2021 Qualifiers or Asia Cup 2017. Packed crowds, rowdy with cheers for their hometown heroes.

It’s no wonder that the youngsters like Khayat who take up the sport, passionately dream of donning that national team jersey at some point in their careers. Yoyo was fortunate (and skilled) enough to have experienced that as early when he played at the U16 Asian Championship 2018. 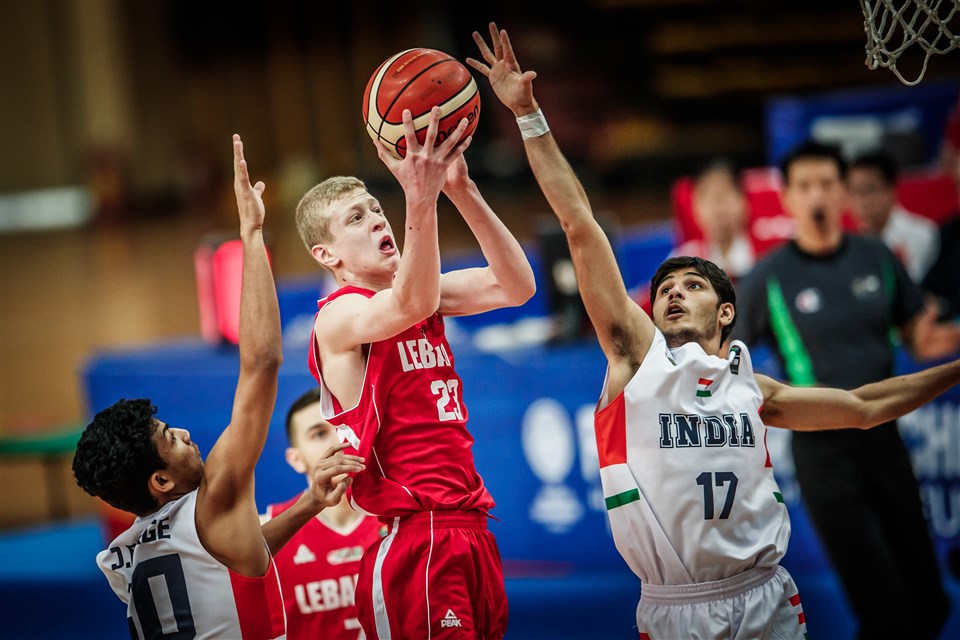 “Making the youth national team for the first time was an unforgettable experience as it was one of my childhood dreams. My family were proud of my accomplishment and encouraged me throughout the process. This helped me build my character as I was young and needed their emotional support.”

Khayat lists Blake Griffin (“When I was young, I used to recreate his dunks on a small basket in my backyard”) and Fadi El Khatib (“He played for my club for quite some time and made me admire his love and hunger for the game”) as some of his favorite players and inspirations throughout his young basketball career.

He still has a lot to learn, but he’s on the right track towards his ultimate mission – putting Lebanon back on the global stage in basketball.

“It would mean a lot to me if I could play with my national team in a World Cup. It is, in fact, one of my goals.”

It’s a lofty dream, but judging from how much the kid (who had barely turned 18 last month) has already achieved, his odds on following through looks good. Despite that, Khayat is not looking too far into the future no matter how promising it is.

“I always take things step by step. For the moment, I’m aiming to take my game to the next level and hope to achieve international success.”

That “next level” that is relatively in the near future would be a possible spot on the national team roster for the Asia Cup Qualifiers or even the Asia Cup itself this year. If (or, more likely, when) he makes the cut, he’ll finally get the chance to play with some idols while wearing that national tea, jersey.

“I would like to play with Wael Arakji and Amir Saoud as they both helped me and encouraged me to be a better version of myself.”

“Wael Arakji once told me to always be a leader on the court and to always be aggressive and persistent during the game,” Khayat said, quoting a piece of advice from his respected senior that he still takes to heart to this day.

Should Khayat being able to emerge as a leader and maintain his aggressiveness as Arakji advised to go along with his skills development, there’s a great chance that Lebanon can fulfill their potential as one of the teams to watch in the future at the Asia Cup level.

“The Lebanon national team is looking promising and will be able to achieve great things regardless of the situation the country is currently facing.”

For now, Lebanon basketball fans can sit back and enjoy watching Yousef “Yoyo” Khayat seemingly teleport from defense to offense and from tournament to tournament, waiting for that day he emerges as another star in the Asia Cup history books.

Here’s why YOUR team can qualify for the World Cup

Zaid Abbas wraps up a legendary career with Jordan