SEOUL (Korea) – Yang JaeMin’s basketball story was supposed to be simple and straightforward. However, even still early in his career, the path of this Korean promising prospect has gone through some twists with each turn giving him the opportunity to get better and better.

“Sometimes I lose my way or sometimes I forgot what I’m going for, but I realize that the only thing that I can control is today so I set daily goals to be better than yesterday.” 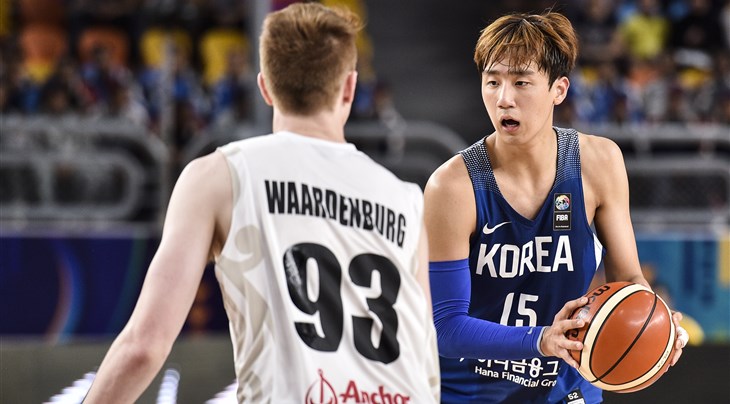 “It’s not a common situation, we are a very unique family,” Yang told KBS World in an interview. “All of the members in our family are connected to one thing: basketball.”

“My dad had been working in the world of basketball for a long time so I was very close to basketball since I was young,” added Yang, whose younger sister also plays basketball at the collegiate level in Korea.

JaeMin’s first time on the court was purely out of brotherly love, a bond that’s only grown stronger over the years as both of the Yangs have taken the sport more seriously.

“I just followed my brother to the gym. I didn’t think about being a pro, just for the love of basketball. competing with each other, working out with each other.”

It didn’t take long for JaeMin to start finding success on the court. 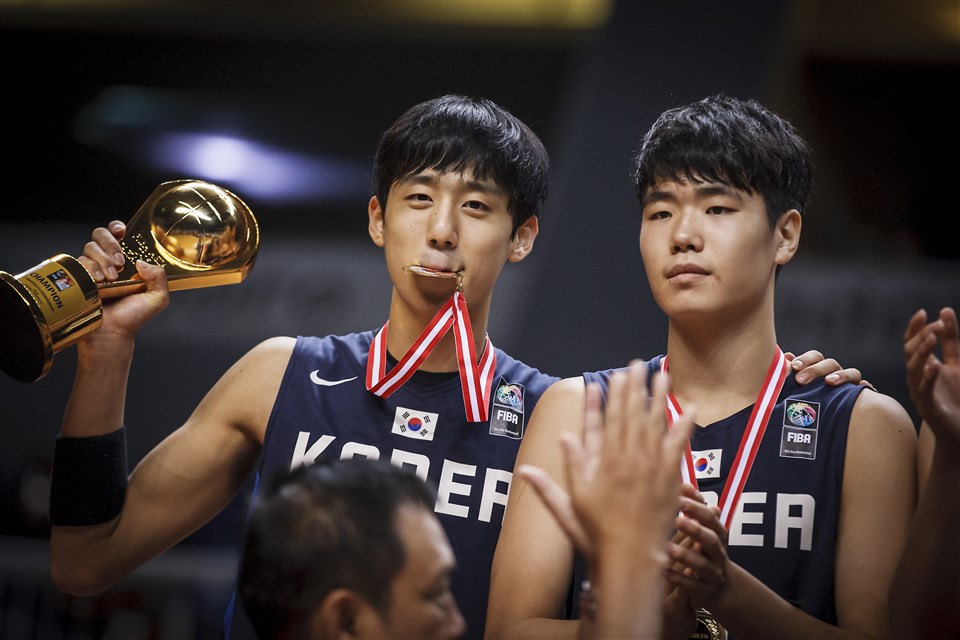 “After the tournament, I became more serious about basketball. As soon as I came back to Korea, I searched the internet to get some information about playing overseas and I found an article about Luka Doncic and the article was about the youth system of the Spanish basketball league.”

“The next day I talked to my dad about that, what I wanted to do, and I told him that I wanted to take on the challenge one time in my life, [and asked him to help me].”

After trying out with many teams and receiving several offer, Yang ended up playing with HM Torrelodones for both the youth and senior team. He and had to break through cultural and language barriers, but in the end, was able to overcome those obstacles to grow as a player.

His time in Spain proved to have a much bigger impact than he realized as it not only made him better at that moment. It also made him hungrier to be better.

After coming back from Spain to Korea, there was a path that was expected for Yang to follow. JaeMin’s father was an Yonsei University alumnus, a school famous for its academic and basketball program, while his brother was also a player in his Junior year at the time.

Reaching for the stars

JaeMin did get an offer and attended Yonsei in 2018, but started getting an itch after a short while.

“After the first semester, I had time to think about my future and I realized that the hard time I had spent in Spain made me stronger,” he said. “So I thought I had to go to the US to achieve my goal, even though I knew it was going to be hard, tough, and a long journey.”

This time, however, he was faced with a different feedback from when he had decided he wanted to go to Spain. Yang mentioned that his coaches and parents, especially his father, were against the idea, leading to many arguments.

The “easier” path might have been staying in Korea and playing at the prestigious Yonsei University with JaeHyuk, but instead, he was heading to the US on his own in search of an opportunity.

Yang left for Los Angeles and spent 4 weeks meeting up with coaches, going to basketball gyms, and attending basketball camps (paying out of his own pocket), anticipating just that one window of opportunity. He had nearly given up hope after a worried call with his father before a ray of light shined in.

“… I told [my dad] to just give me two more days,” He said. “The next morning after I talked to my dad, I checked my phone, there was one email saying that this coach from Neosho County Community College in Kansas heard about my story and situation from one of his friend in LA and he also saw my old highlights and he wants to give me an offer.”

“Just come there and play for him. I talked to my parents about that and I almost cried because I was very thankful for the opportunity.”

“But at the same time, I reminded myself that it’s just the beginning of the long journey.”

Yang had worked his way to make it to Kansas to play for Neosho County Community College and did well, averaging 9.2 points and 5.7 rebounds per game in two season. Nonetheless, Yang knew what his ultimate goal was at that point.

“I had only one goal when I was in [Junior College] and the goal was to transfer to the NCAA Division 1. That’s why I spent my 100 percent to survive every day for 2 years and also spent all my days in the gym and library to improve my English and basketball skills.”

“Thankfully, I had an offer at the end of my second year season from D1 schools.”

Unfortunately, things didn’t go as planned and young JaeMin had to make another important decision in his career.

“Suddenly, COVID had spread out to the States and as a result the NCAA banned traveling,” he explained. “I was going to make my campus visit before I make a decision, but, of course, my schedule had been delayed indefinitely.”

“At the time, I had some offers from [Japanese] B.League teams and that was my first professional contract offer. In a short time, a lot of things happened to me, so I had to make a big decision in my life once again. I considered which is the best way that I can develop and I believed all my experience playing abroad really helped me to go next level or playing professionally, that’s why I chose the B.League.”

The 22-year-old is now in his second season in the B.League with the Shinshu Brave Warriors, averaging a healthy 3.7 points and 2.1 rebounds per game. He’s had explosive performances over the years such as his 26-point, 10-rebound against Shimane Susano Magic last year. He’s had an easier time adjusting to his stint in Japan compared to the past, both because of how much he’s grown and the similarities between Japan and his home country.

After navigating his way through three major decisions in his basketball career, there are a number of question marks concerning his future.

Will he come back to Korea to play in the KBL with his brother at some point? Will he get a shot at playing for the senior national team after shining for the youth squads, maybe even as soon as the FIBA Asia Cup this summer? Or is there another international endeavor ahead in the plans for Yang?

We’ll eventually get to know when the time comes, but there’s one thing that Yang knows for sure about his future.