Who is primed to break out after impressive Asia…

BEIRUT (Lebanon) – There’s plenty of excitement for basketball in Asia & Oceania as the talent level continues to rise with more and more promising players emerging from each competition. The fans experienced that throughout the entire FIBA Asia Cup 2021 Qualifiers as they witnessed many promising young players make their senior national team debut.

Now that the World Cup 2023 Asian Qualifiers are nipping at our heels, which of these dazzling debutants could take another step towards stardom with their national teams?

Asia Cup fans got to taste the spicy play of “Pepper Boy” Hu MingXuan for the first time at the Clark bubble of the Qualifiers. After making a solid debut, fans have high expectations for the up-and-coming guard from China.

Over the 4 games in the Clark bubble, Hu scored in double-digits in all but his first game against Japan to finish with an impressive amount of 10.3 points per contest. 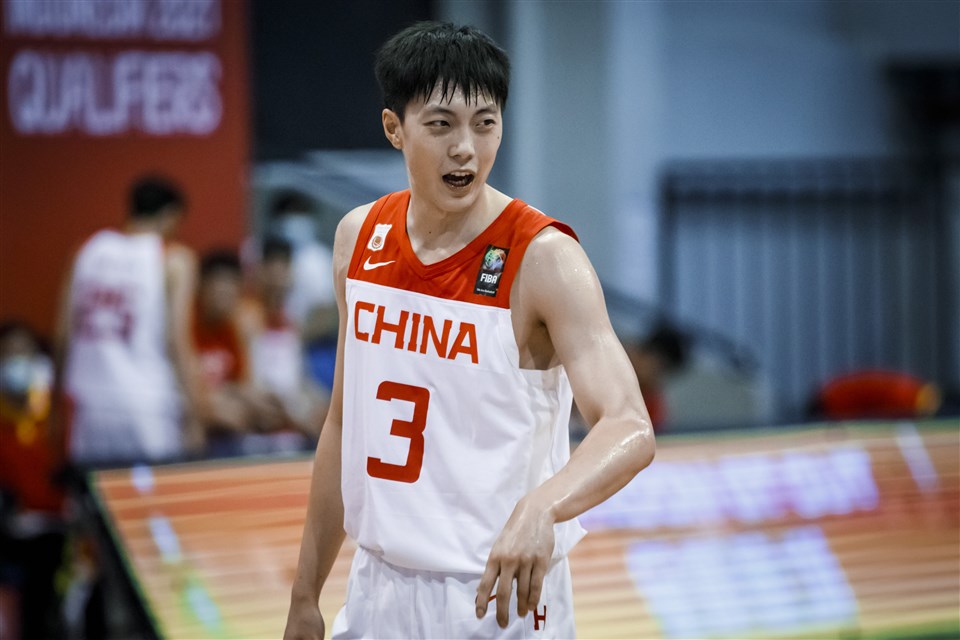 China basketball fans are certainly not surprised with Hu’s debut as they’ve seen him develop his game over the years in the Chinese Basketball Association (CBA) with the Guangdong Southern Tigers. As a matter of fact, Hu was named the Finals MVP of the recent CBA season, not long before flying to the Philippines to make his senior national team debut.

Signs are pointing towards Hu being a big part of China’s backcourt and that’s what we’ll be looking for throughout the World Cup Qualifiers and the Asia Cup.

Syria saw many of their players make national team debuts during the Qualifiers and their collective productive efforts, in spite of it being their first time, helped the team advance to the next stage.

George Kell scored a combined 69 points in his first two games. Including the upset win over Iran. Doug Herring had a similar impact, nearly averaging a triple-double at the Qualifying Tournament for Third Ranked teams. Amer Alsati was also impressive with 12.5 points and 8.5 rebounds in his national team debut.

Obviously, these are impressive debuts all across the board for Syria, but another player who made his debut that fans should also keep their eyes on for the upcoming competitions is Kemal Canbolat. The 2.11M (6’11”) center was an instant impact on both ends of the floor, making good use of his size and length at the Qualifying Tournament for Third Ranked Teams. 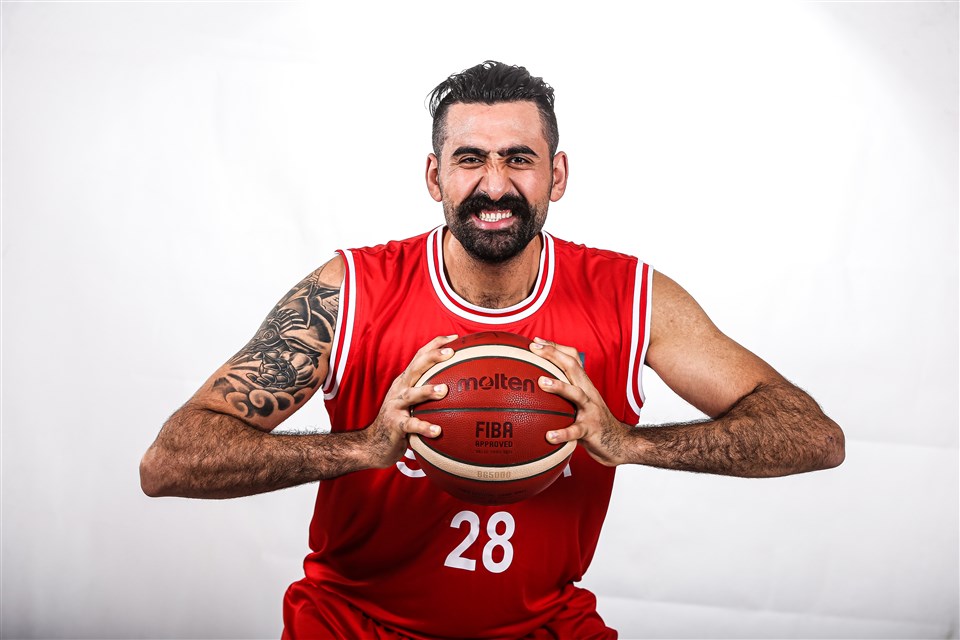 The intensity if the competition through the World Cup Qualifiers and the Asia Cup will be a bit higher and that’s why it will be interesting to see how well Canbolat will do at that stage.

The Philippines are aggressively pushing for their youngsters to be ready for bigger roles as the FIBA Basketball World Cup 2023 approaches, which is why we saw plenty of them making senior national team debuts at the Qualifiers. Standing out among those rising stars was Dwight Ramos who played in all 6 Qualifiers games for Gilas. 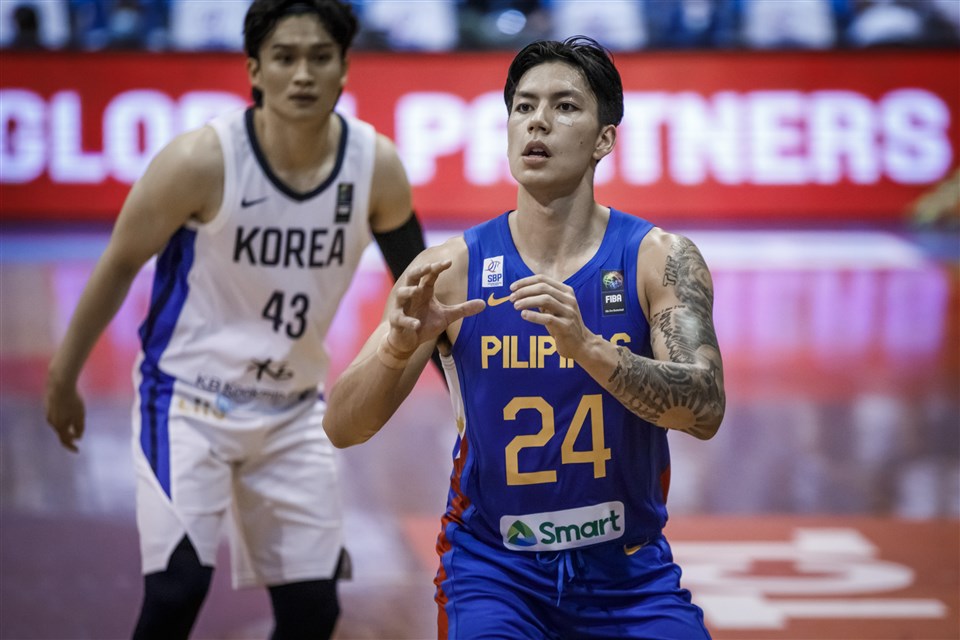 The 23-year-old turned heads with his near-perfect performance against Thailand, scoring 20 points on 7-7 shooting from the field and has not looked back since. Ramos has been a true leader on the court for the Philippines, even in tough wins against the experienced Korea squad.

The future looks extremely bright for Ramos, especially with newer challenges on the horizon for him and the Philippines to tackle.

Similar to the Philippines, Lebanon are another team that are loading up with young talents that made their senior national team debuts at the Qualifiers. Karim Ezzedine is one of those debutants, as he dazzled with his play over all six games of the Qualifiers. 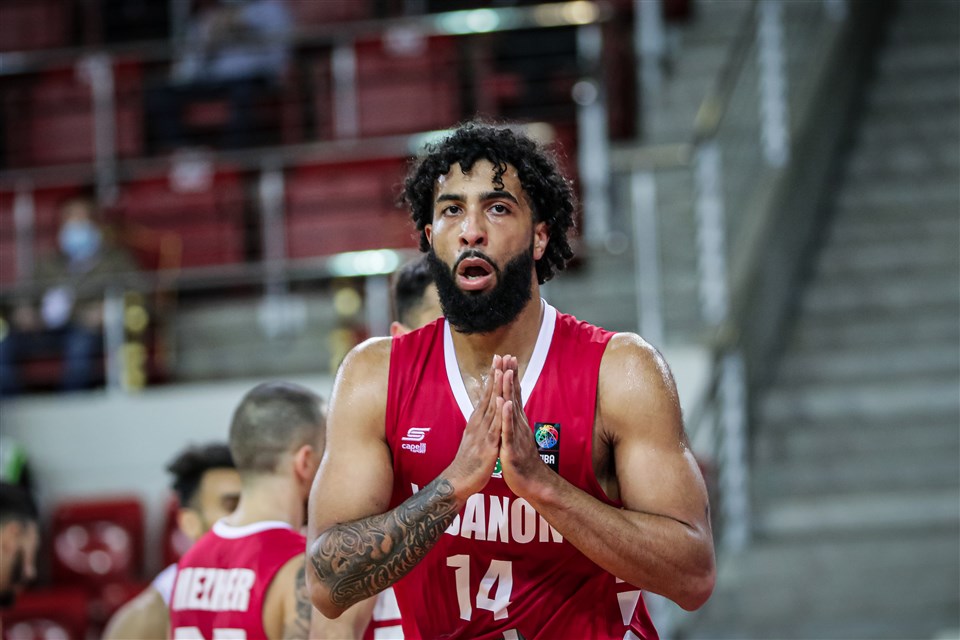 The 2.06M (6’9”) forward had high-flying dunks and emphatic blocks in his highlight reel, but also displayed versatility as a big-man that can stretch the floor. Aside from shooting nearly 50 percent from beyond the three-point line, Ezzedine also shot 84 percent from the charity stripe.

With his debut through the Qualifiers, Ezzedine has established himself as a forward to look forward to see on the court for Lebanon.

Lee HyunJung’s senior national team debut was one of the most highly anticipated first time appearances in the Qualifiers. Coming off a season playing in the NCAA and an illustrious run with the youth national team, expectations were high for Lee.

Even then, Lee met – and might have even exceeded – those expectations! 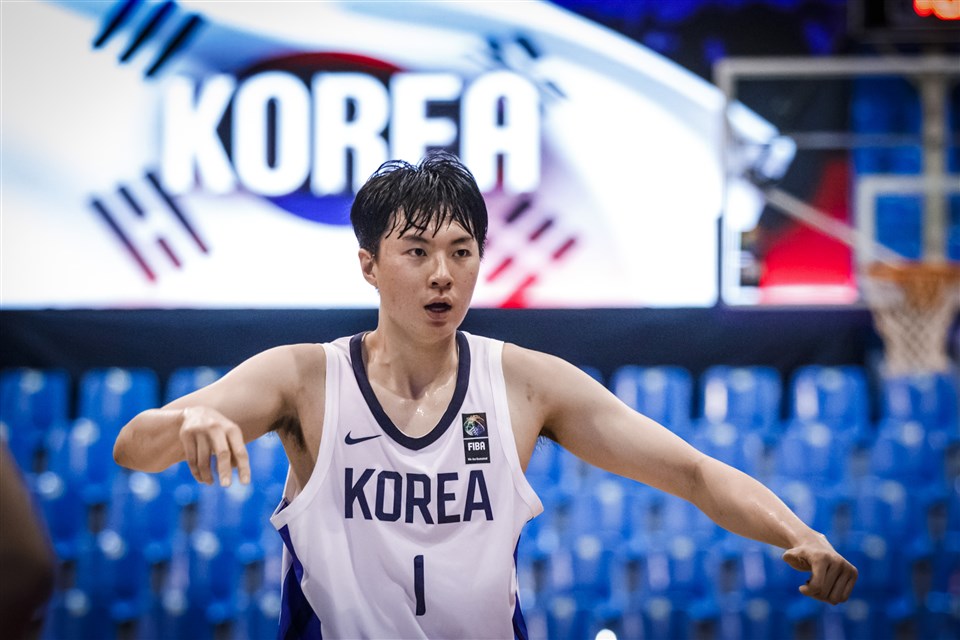 In just his first game at the senior level, Lee made clutch plays and finished with 15 points and 4 rebounds despite the heartbreaking loss. He’d continue to be productive for Korea, scoring over 20 points twice in the Clark bubble and coming close to recording three straight double-doubles.

Korea have signaled that they are transitioning towards a future generation of players and it’s clear that Lee HyunJung is an important part of their plans.

Another player whose also had a hyped-up debut for his experience playing in the NCAA and success at the youth national team level was Lin Ting-Chien. Some fans might have had doubts whether the 21-year-old could have the same impact as he did with the youth national teams… and Lin was quick to squash those doubts away.

With Asia Cup qualification on the line in both games against Guam, Lin scored a combined total of 50 points in both games which included a clutch dagger. Showcasing an array or slick moves on the wing and in the post, Lin made it clear that he was going to be trouble for any opponent of Chinese Taipei for a long time. 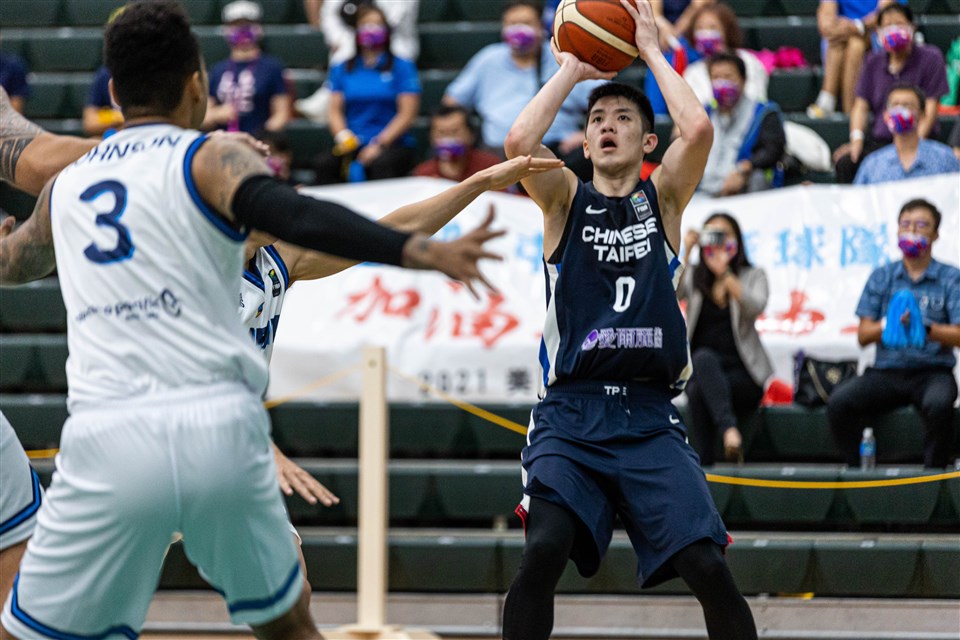 The scheduled will be tough for Chinese Taipei through the World Cup Qualifiers and Asia Cup, but having a talent to build around like Lin is always a good start.

It didn’t take long to convince Asia Cup fans that Dyson Daniels is going to be a special talent. He was in clear control early in the game and once he dropped a vicious spin move near the end of the first half to score, you could feel that you were witnessing a star being born. 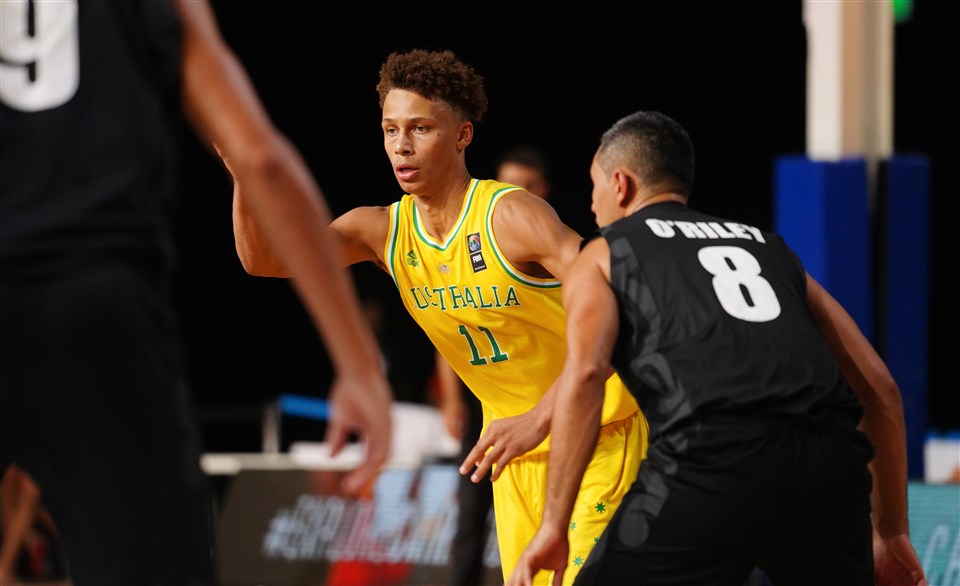 Daniels has now been dashing forward through the world of basketball ever since. His next step is playing in the NBA G-League with Team Ignite with his eyes set on being drafted to play in the NBA next year. Along the way, Asia Cup fans will be hopeful to see Daniels suit up for the Boomers once again whether it’s at the World Cup Qualifiers or the Asia Cup itself.

Bahrain are an up-and-coming team in the Asia Cup scene, so it’s only fitting that they feature one of the best up-and-coming talents, Muzamil Ameer Hamooda.

Right in his very first game, Muzamil stacked up 12 points and 6 rebounds while also throwing down one of the more thunderous dunks of the Qualifiers. It was clear from that point that he was going to be a big part of the team moving forward and he’s only gotten better and better. 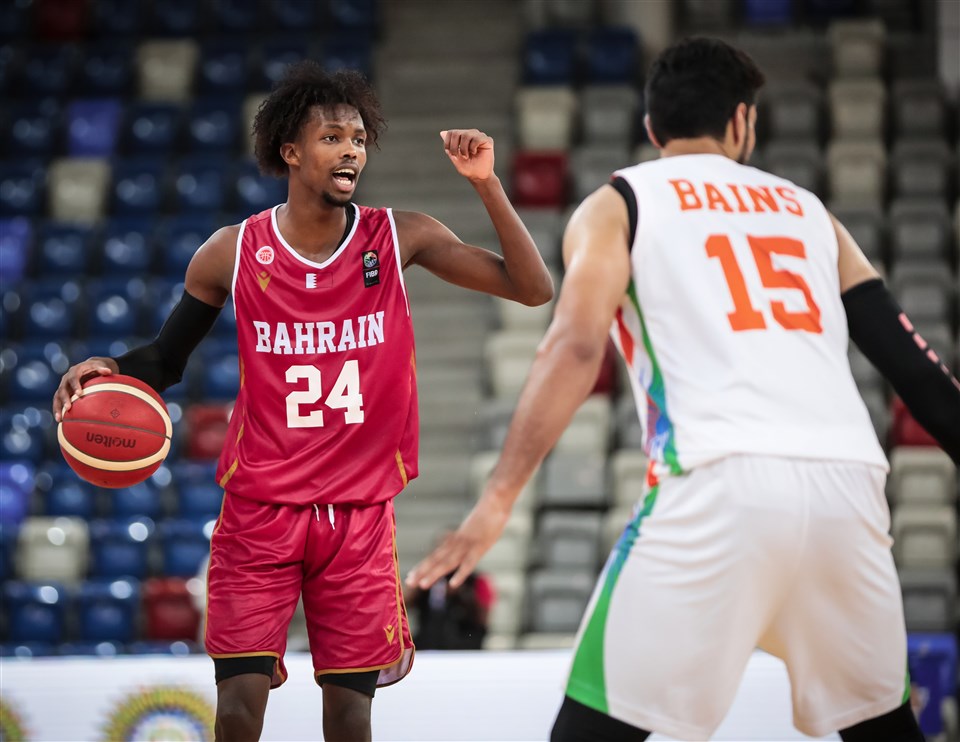 Hamoda has since been gathering experience in the US and after a year of prep school in Maine, he’s now getting ready to play for the Utah State Aggies in the NCAA. Of course, Asia Cup fans – especially Bahrain basketball fans – will also be hoping to see more or Muzamil in either of the upcoming events.

Indonesia have big plans in the near future for the men’s national team program, so they need all the reinforcement they can get their hands on. One player they finally got their hands on to make a debut was Brandon Jawato.

The 28-year-old forward made his debut against Thailand and shined by nearly recording a triple-double en route to a solid team win. Jawato provided the team with a good mix of size, shooting, and playmaking that is certainly going to be valuable in the games ahead. 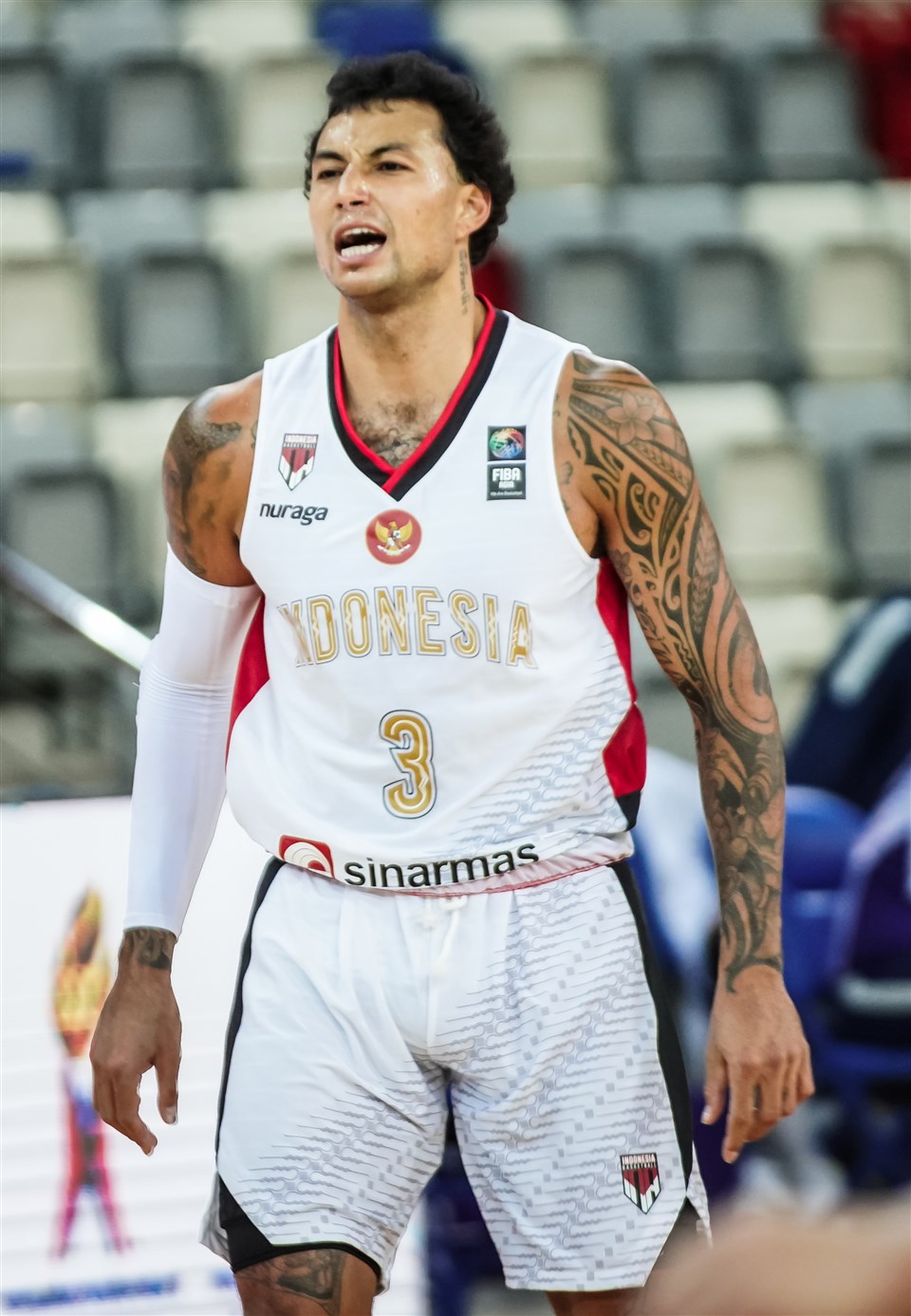 As of the moment, Jawato is honing his craft in Japan with Utsunomiya Brex. Indonesia are hoping that he’ll continue to improve his game, ready for the next time duty calls to play for “Timnas”.

Unlike most of the players on this list, Sekhon’s debut for India didn’t come with as much fanfare. He certainly came away as a player with high expectations nonetheless after his debut game. 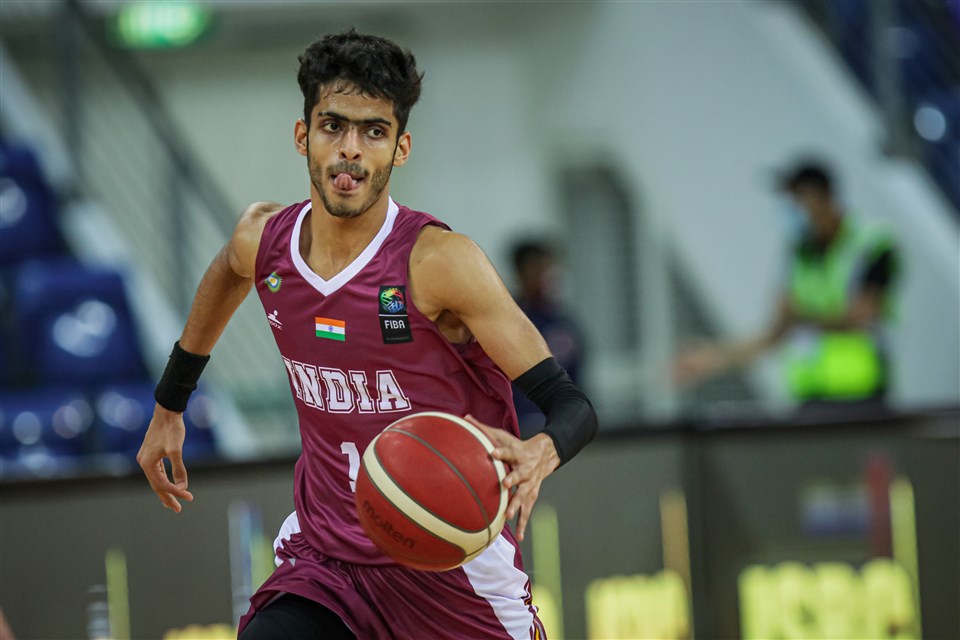 After scoring 10 points in his first outing, Sekhon gradually built on that momentum and made an impact once again for India in the Qualifying Tournament for Third Ranked Teams. Though his 15 points weren’t enough to help India beat Saudi Arabia, he performed well late in the game against Palestine which was enough to clinch a win and – more importantly – Asia Cup Qualification.

What can Korea do to avoid being ‘forever fourth’…