BEIRUT (Lebanon) – FIBA Regional Office Asia today confirmed the following updates for the upcoming FIBA Asia Cup 2025 Pre-Qualifiers with two months to go to the tip -off of the First Round. 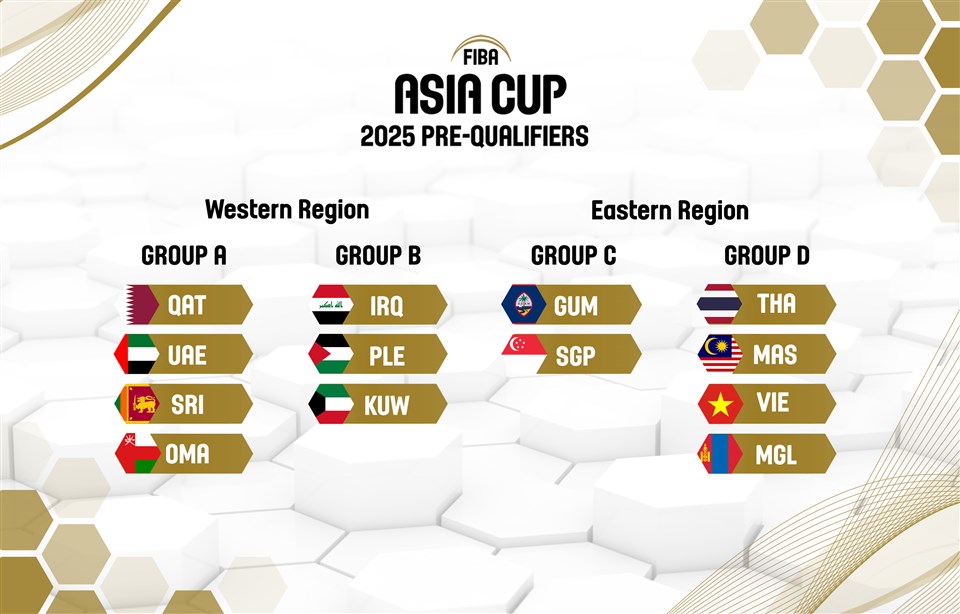 Games in Groups A, B, and D will be played from 2-4 June in Qatar, Palestine, and Sri Lanka, respectively.

Regarding the Group C games, as only two teams, Guam and Singapore, confirmed their participation, they are automatically qualified to the FIBA Asia Cup 2025 Pre-Qualifiers Second Round.

The game between Guam and Singapore in Group C which is supposed to be played in June 2022, will be rescheduled to take place before the beginning of the Second Round games in February 2023.

Previously On: Window 1 of Asian Qualifiers