BEIRUT (Lebanon) – Another calendar year gone by with 12 months jammed with memorable moments and exciting action in Asia & Oceania basketball. To look back at what was yet another eventful year, we’ve listed some of the most impressive moments in 2021.

Where were you and what were you doing when these moments happened?

Year of the Akatsuki Five ladies

It’s no secret that the Japan women’s basketball national team are good. Most might even say they are great for their accumulated accomplishments over the past years.

2021, however, was when they took it to another level.

They stormed through the Tokyo Olympics, starting with a major upset against France all the way to ending up with a silver medal after a clash in the Final against USA.

That silver medal alone would have been enough to go down as a memorable moment in 2021, but Japan added on to their success only a month later. Even without Rui Machida, Japan were able to win their 5th straight FIBA Women’s Asia Cup title, 78-73.

Another highlight during the Olympic run for Japan was the spectacular play of floor general Rui Machida. 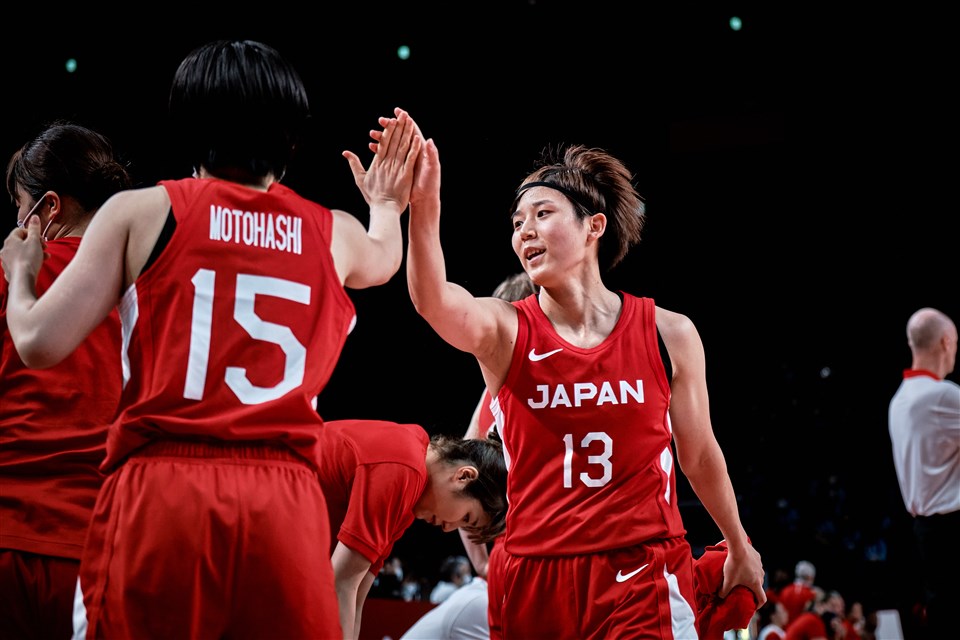 She dropped 11 assists in the opening game – and upset – against France. She tied the single-game assists record in the Olympics with 15 dimes against Nigeria two games later. She then outdid herself by shattering that same record two games later against France, propelling Japan to the title game.

With 5 games of double-digits in assists, Machida ended up with astounding numbers of 75 total assists and 12.5 assists per game.

If you were able to gander through the galleries of Japan celebrating their Women’s Asia Cup title, you might have come across some stunning photos of the team at the Roman Amphitheater in Amman, Jordan. 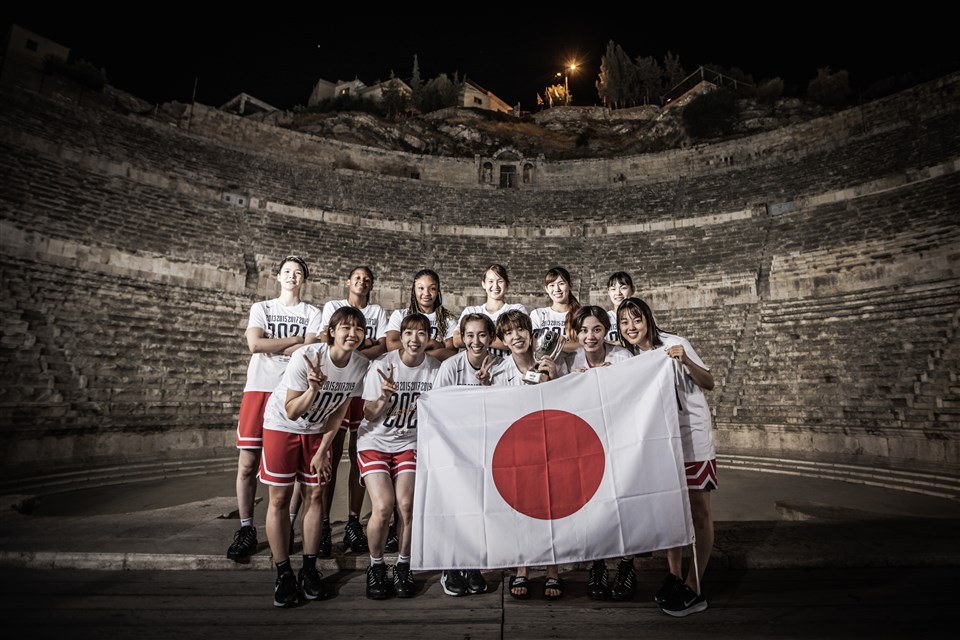 That is because this was the first time ever that the Women’s Asia Cup was played in Jordan, allowing the team to enjoy their victory in such a unique atmosphere. It was also actually the first time that the competition was hosted in West Asia as well.

Women’s basketball continue to expand its popularity at a rapid pace as seen by the interest from the fans in Amman and should continue to do so after seeing the talented ballers of Asia showcase their game in Jordan.

This will certainly be a tournament to remember for both the players and the fans in 2021… and further on.

Japan weren’t the only team to come out of Amman as champions.

Aside from hosting Division A of the Women’s Asia Cup, Jordan also hosted Division B of the competition as well. In Division B play, it was Lebanon that rose out of the competition victorious with a dominating 80-40 win over the hosts in the Final. Rebecca Akl starred for Lebanon in the championship game with 22 points, 7 rebounds, and 6 assists, similar to what she had been doing through the entire competition. 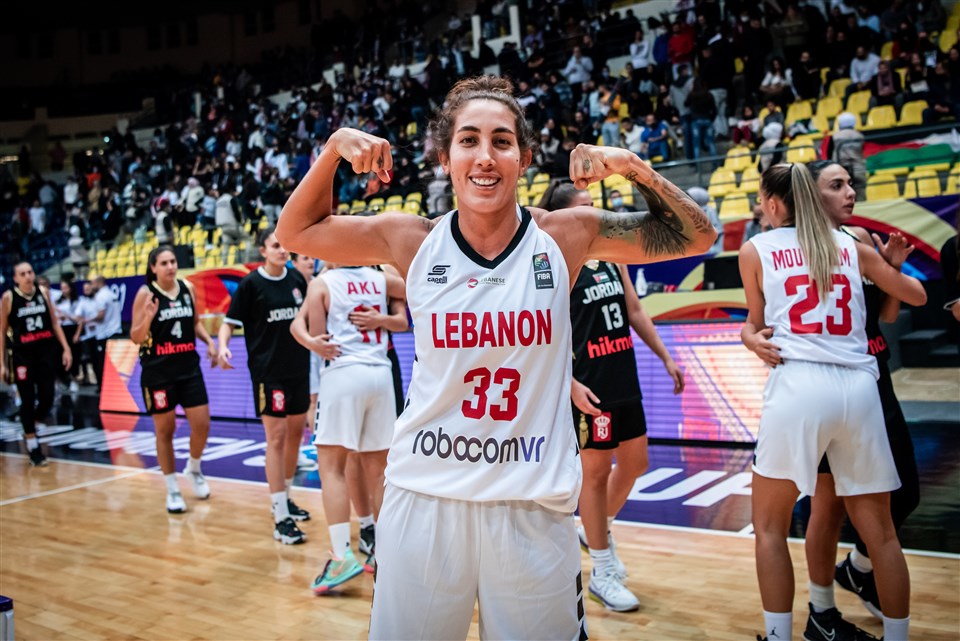 The title promotes Lebanon up to Division A for the Women’s Asia Cup 2023. It will be their first time playing in the top division since 2011.

Women on the Mic

Despina Barton and Siobhan Prior took over the mic for commentary during the Women’s Asia Cup 2021, marking the first time ever for an all-female commentary panel at the event.

What was already a special event in 2021 for how competitive the teams were in the chase for the Women’s Asia Cup title became a lot more special with these two talented commentators on air. 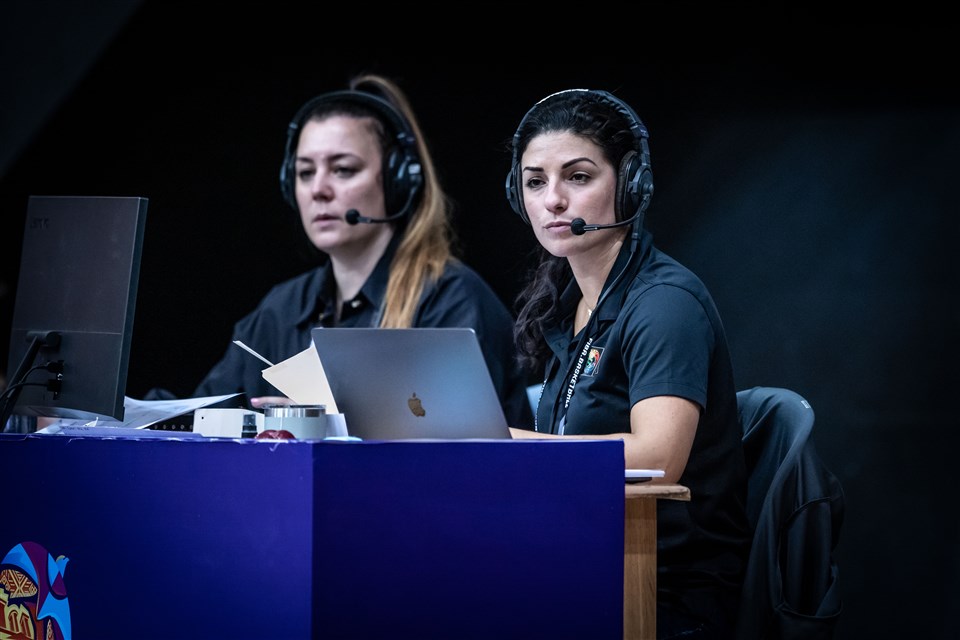 Prior was back on the mic for the World Cup 2023 Asian Qualifiers for games between Saudi Arabia and Jordan as well as Indonesia and Lebanon.

Prior to 2021, the Philippines always seemed to have trouble playing against Korea. So much so that fans talked about their team being under a “Korea curse”.

It seems as though that script has been flipped – at least in 2021!

The Philippines finally got their matchup against Korea in the Asia Cup Qualifiers this year, a clash that fans had been anticipating since the Draw way back in 2019. Both teams delivered the entertainment as they traded clutch shots before the game ended on a buzzer-beating three-pointer by SJ Belangel.

The teams played again a few days later and the Philippines were once again able to beat their arch-nemesis for a second straight time.

Is it that the curse has been lifted? Maybe.

Or maybe it’s that the Philippines have a really talented young core on their hands and seeing this squad blossom has been a remarkable moment this year.

Home is Where the Heart is 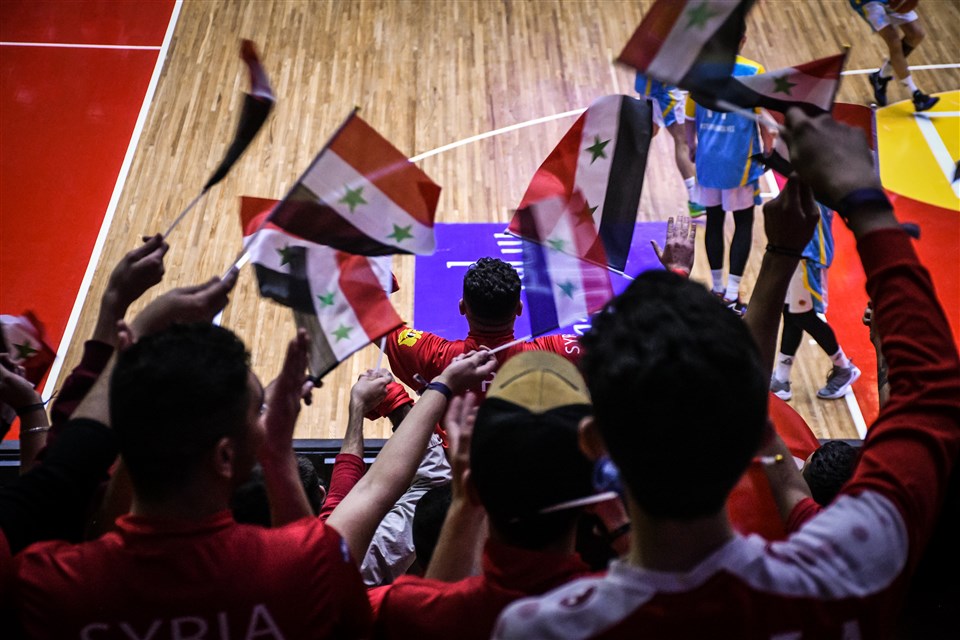 The fans packed the Al Fayhaa Stadium for Syria’s game against Kazakhstan, rocking the arena with their cheers, but it was unfortunate that the home team weren’t able to claim a win. Nonetheless, it was a closely contested game worthy of the atmosphere that the fans helped create. There’s no doubt that they are already waiting for the next game to cheer for their Qasioun Eagles.

It wasn’t only the Syria basketball fans that were fortunate to watch their heroes live in action on their home court. 2021 has also been memorable for being able to reintroduce fans back into arenas.

It was a tough stretch through the past few years of being unable to properly host fans in venues due to the situation of the pandemic, but in 2021 we were able to see the fans come back into the stands and cheer their hearts out for their teams. Whether it was in Syria, Japan, Saudi Arabia, Jordan, Bahrain, Lebanon, and Kazakhstan, it was certainly a delight to see the passionate fans make their way back to watch live basketball. 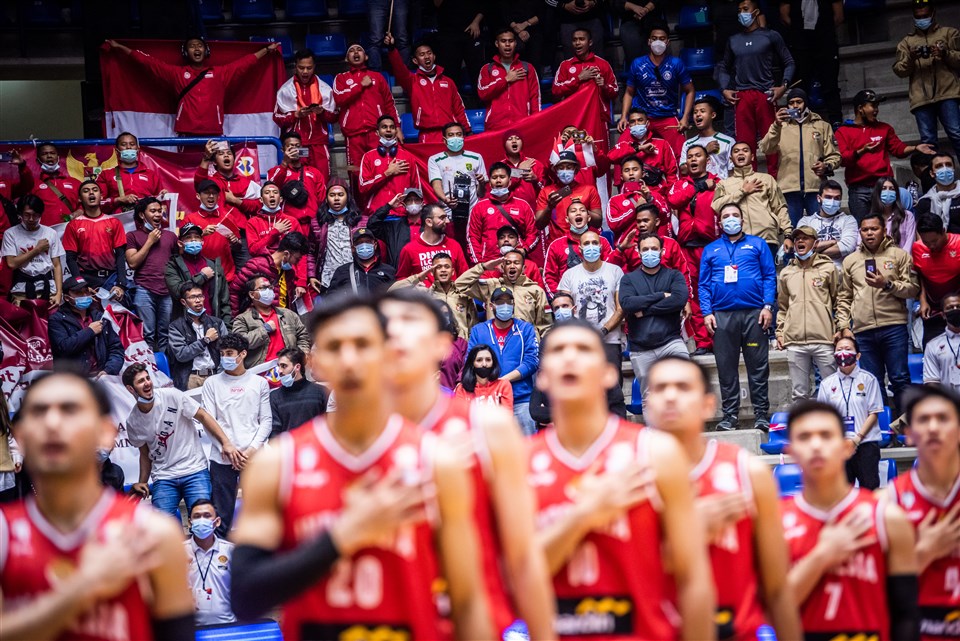 Travelling might be limited in the current global situation, but that didn’t slow down the talented players from all around Asia to find a way to play in foreign countries. The list of these foreign-bound talents gets longer and longer each year and it should be expected to keep on growing as the game continues to grow in the region.

This also included a big group of players playing in the B.League (Japan) such as Thirdy Ravena, Keifer Ravena, Ray Parks Jr., Dwight Ramos, Brandon Jawato, among many others.

And that’s not it! You also have Asia basketball stars like Sani Sakakini, Jordan Heading, and Chanatip Jakrawan taking their talents to Chinese Taipei as well.

All in all, it’s been a good year for aspiring Asia basketball talents to broaden their experience.

The average person can only imagine how that would feel.

This was an honor that was bestowed to four of Asia’s basketball stars for the Tokyo Olympics this past year.

Rui Hachimura waved the flag of the host nation proudly while Samad Nikkah Bahrami (Iran) and Patty Mills (Australia) also did the honor for their nations as players the men’s basketball national teams. Khulan Onolbaatar was also the flag bearer for Mongolia as a member of the women’s 3×3 basketball team.