BEIJING (China) – China are used to boasting super-sized and skilled players in their talent pool. From Mengke Bateer, Wang Zhizhi, Yao Ming, Yi Jianlian, to Zhou Qi, the list of superstar China big men is impressive. There might be another name to add to the list after this youngster’s tear through his first Chinese Basketball Association (CBA) season.

Not even two weeks fresh off of his 19th birthday, Yu Jiahao was named CBA Rookie of the Year. The 2.21M (7’3”) youngster made an impact from start to finish by recording a 25-point, 12-rebound double-double in his debut game and finishing with averages of 12.2 points, 8.7 rebounds, and 1.6 blocks in 26.8 minutes per game through 28 games in the regular season. The award was well-deserved without a doubt as Yu showcased his skill set in each and every game.

But there have been many other exceptional talents that have claimed the CBA Rookie of the Year award. What stands out for Yu and what makes him a talent to keep an eye on is his unique background.

When fans see a tall standout player from China, it’s normal to start comparing that player to the Yao Ming. This is usually an unfair comparison, as is the case of comparing any young player to a legend like Yao, but there are some similarities.

Like Yao, Yu is also the son of two former basketball players. His mother, Wang FuYung stood at 1.97M (6’6”) and played for Zhejiang’s women’s basketball team through the 1980s and 1990s. His father, Yu LePing, towered at 2.18M (7’2”) and also played professionally for Zhejiang. Moreover, the elder Yu played for the China national team on many occasions including the FIBA Asia Cup in 1998. There wasn’t much doubt that Yu Jiahao was going to be tall as well, though it might not have been everyone that expected young Yu to be even taller than his father.

“I have always been the tallest kid in my school. My whole life it’s been that way,” Yu told Yahoo Sports back in 2020.

It was also a no-brainer that Yu would take up basketball. Yu worked on his skill set with his parents who are also coaches in their post playing days and, combined with his size, started to take over the competition.

In common with possibly all Chinese basketball youngsters growing up in the 2000s, Yu idolized Yao.

“For me, when I was young, the only player I knew is Yao Ming,” Yu also told Yahoo Sports.

The two had even crossed paths early in Yu’s career and it was an experience to remember.

“I got to meet him once and it was the first time I was meeting someone who was bigger than me,” Yu laughed. “He really just encouraged me to keep working and get better every day and that means a lot.”

Nonetheless, it’s still important – as least for the elder Yu Leping – that the Yu-Yao comparisons are kept at a minimum, for the sake of young Yu himself.

“The process is more important than the result. If he could work step by step, I believe that he will have an outstanding career,” Yu Leping said, as per Xinhua.

“We only had one Yao Ming. No one can be the next Yao Ming. [Yu] Jiahao should be himself. If he could try his best during his career, it would be enough,”

And in the quest of trying his best during his career, Yu and his family made the important decision when he was just 15 years old to move to and play high school basketball in the US.

That’s what commentators, reporters, scouts, coaches, and friends called Yu Jiahao in the US, while he played for the Sierra Canyon Trailblazers.

Even among these prestigious prospects which also included Cassius Stannley, Amari Bailey, Brandon Boston, and Ziaire Williams, Yu wasn’t completely over shadowed. It was surely not the easiest of transitions, but Yu thrived in it.

“I don’t want to be in my comfort zone all the time,” said Yu in regards to one of the reasons he had made the leap, as per Tencent Sports.

Yu emerged as one of a highly regarded played in the US, even breaking into the top 200 ranked players at one point. He was offered scholarships as early as his sophomore year and received plenty of interest from recognizable schools as well.

“One day, I was in a chemistry class, and my mobile phone [received an instant message]. When I saw the profile picture of the person who sent me a private message, it turned out to be Kevin Durant.”

“I couldn’t believe my eyes, so I double-checked. He told me that he saw my video uploaded by the trainer on the Overtime video site. He told me a lot of words of encouragement, and also asked my shoe size and said he would send it to me shoes.” Yu Jiahao said, as per Tencent Sports.

In 2019, Yu had come close to representing China for the first time as he was a part of the training camp for the U16 Asian Championship. He was then called up to be a part of several other training camps for the senior national team as well. 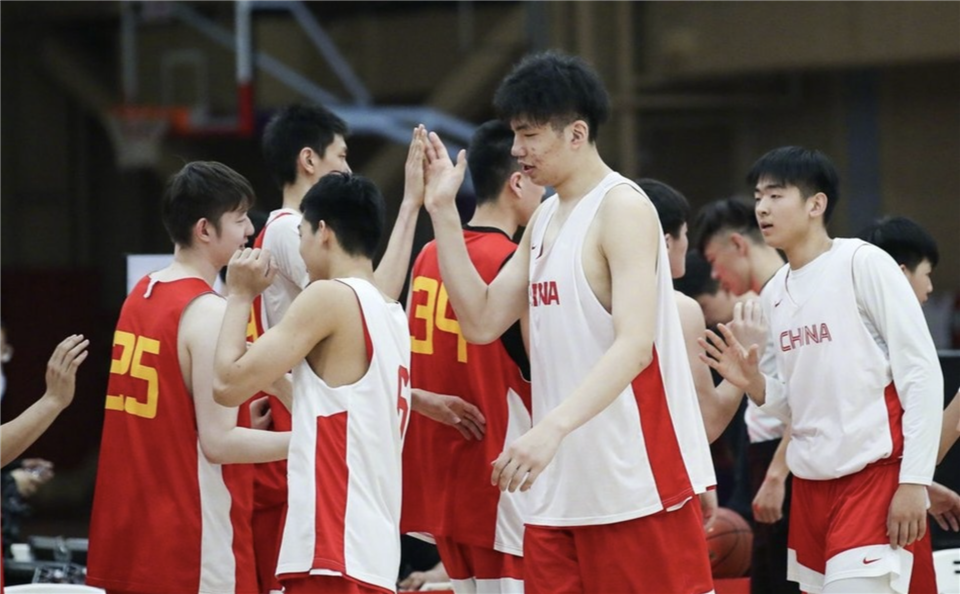 Yu has been proudly representing his province in China’s national games over the years, recently winning the silver medal in the U19 event last year, his eyes are still fixed on the bigger goal of leading China to success.

“President Yao joked with me while giving the [silver medal]. Although I didn’t win this major event, I will try my best to contribute to Chinese basketball in the future,” Yu told Xinhua at the event.

Yu has never been shy of his desire to represent China. When he was playing at Sierra Canyon, he wore shoes than had red and yellow accents to mimic the flag’s colors.

During World Cup 2019, Yu – who was in the US at the time – got up early in the morning to watch each and every game.

“… I also want to be able to represent the country, use what I have learned, stand next to my teammates from China, and play for my country,” Yu said, as per Tencent Sports.

Yu came close to making his Team China debut this past year as he was shortlisted on the squad for the FIBA Asia Cup 2022 Qualifiers in February 2021. With a lot of new blood talents transitioning into the senior team, could his moment finally come at Asia Cup 2022 in Jakarta this July?

No matter how deep the talent pool at the big man spot for China is, it’s safe to say that China basketball fans can’t wait to see Yu Jiahao don the national team jersey for the first time, whenever the time comes.