AMMAN (Jordan) – With the FIBA Women’s Asia Cup 2021 now  less than a week away from tipping off, it’s time for the first volume of the Power Rankings

Taking into account the latest roster news and recent performances, scroll down to see how things could be shaping up ahead of the event.  There will also be an updated second volume of the Power Rankings during the competition, before the Semi-Finals. 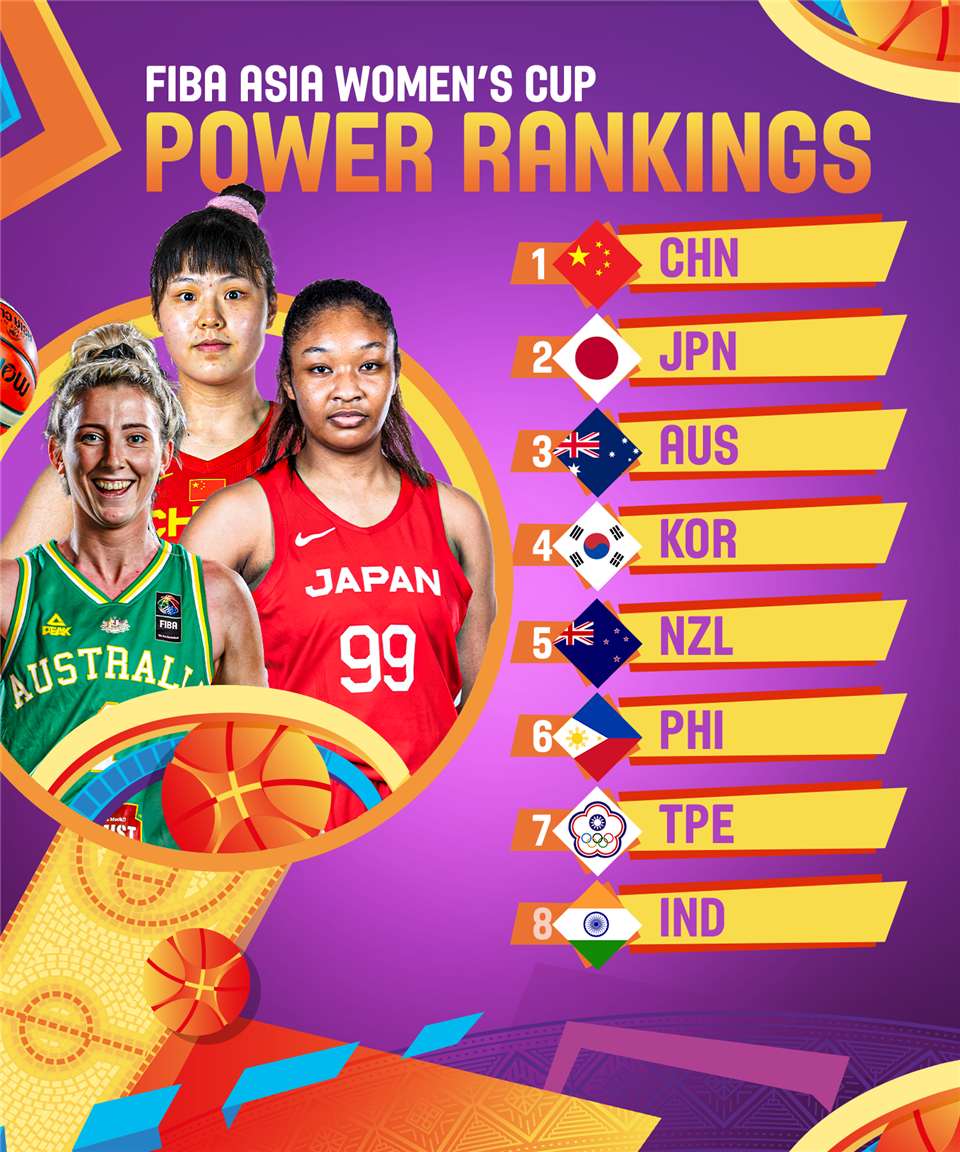 Surely it’s time for this young and hungry team to recapture the crown. It’s exactly a decade since China last lifted the precious silverware. The signs are positive and they can surely assert themselves as slight favorites. First and foremost, they are expected to have as many as 10 players back on board who performed so well at Tokyo 2020 when they should have made the Semi-Finals. While one of those missing is anticipated to be Ting Shao and that
does leave a big hole, it is the likes of Yueru Li, Xu Han and Meng Li who are carrying the torch now. 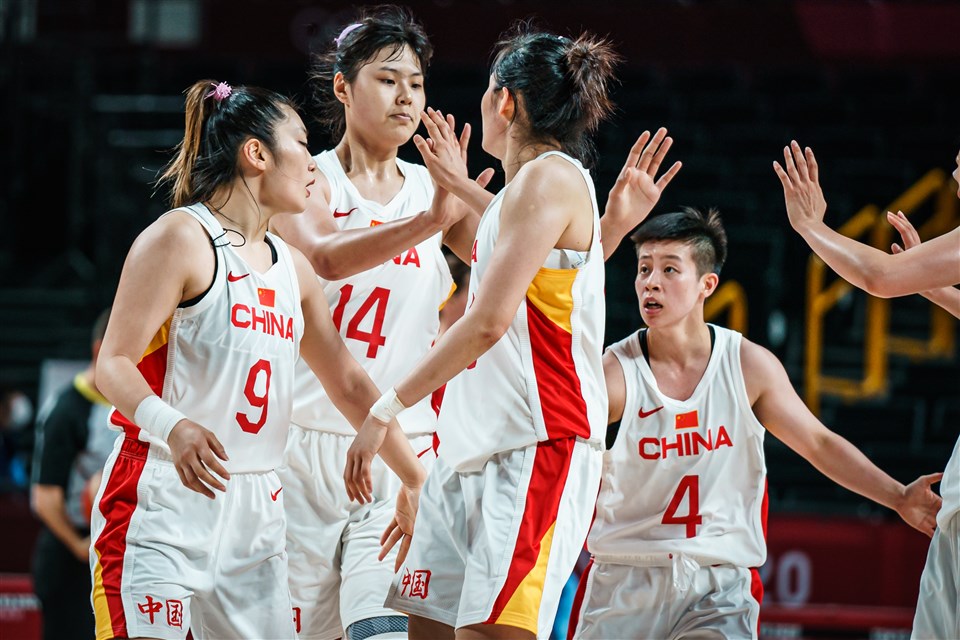 While closest rivals like Japan and Australia are dealing with major roster changes, China can continue the momentum. They left Tokyo thinking what might have been after imploding in the last quarter against Serbia in the Quarter-Finals. The one way they can make up for this, is to climb to the top podium step in Amman. They also have so many revenge missions to extract on Japan after a string of Final losses too. If they shoot well, they will be so tough to stop because of their ability to score in the paint probably better than anyone else.

Before anyone composes a message to the ‘Power Rankings Complaints Department’ about how we could possibly NOT have the Olympic silver medalists and reigning four-time champions top of the list, hear us out first. Japan could still yet make it an amazing five Asia titles in a row. They are still probably the team to beat. But, they have eight changes from the line-up that made history and their nation proud at the Olympics. They also don’t have the amazing Tom Hovasse as head coach for the event after he took over the men’s team, plus there was disappointment that the previously injured Ramu Tokasahiki is unable to play after missing the Games. Of course, on the flip-side, we get it – honestly we do. Japan run deep and the ethos will remain the same – that winning formula of intensity, ball movement, spacing and three-point shooting. Surely a lock to make the Final, it could go either way, but it feels fair to give China the edge on the basis they bulk of their team is back on the floor. But it could be oh so close if things go to script.

Watch out Opals! For while these rankings are keeping Australia in a podium place, they are going to have to play really, really well to secure a medal and also if they want to make the title game. That is because  there has been so much roster turnover, that incredibly, there are likely to be just two survivors from the last edition (Lauren Nicholson and Darcee Garbin), with ZERO survivors from Tokyo 2020 – and a new play-caller in Paul Goriss who jumps in for Sandy Brondello. When the roster was announced at the start of the month, Bec Allen and Sami Whitcomb were included and it appears the former is not coming, with the latter also now in doubt. The big positive is that there is a chance for many younger and less experienced players like Jaz Shelley and Alexandra Sharp for example to show their teeth at this level and to see the depth of competition Australia has ahead of hosting the FIBA Women’s Basketball World Cup next year.

It’s going to be fascinating to see just how much Korea are going to be impacted by the absence of centerpiece Jisu Park who has been tied up with her WNBA commitments. It means Korea are turning the page in more ways than one in this competition as they try to prove they can cope without their most influential player. The loss of her scoring and shot-blocking is huge, but it gives the rest of the squad a chance to prove a point as the legendary ex-baller Jung Sun Min takes the coaching reins. 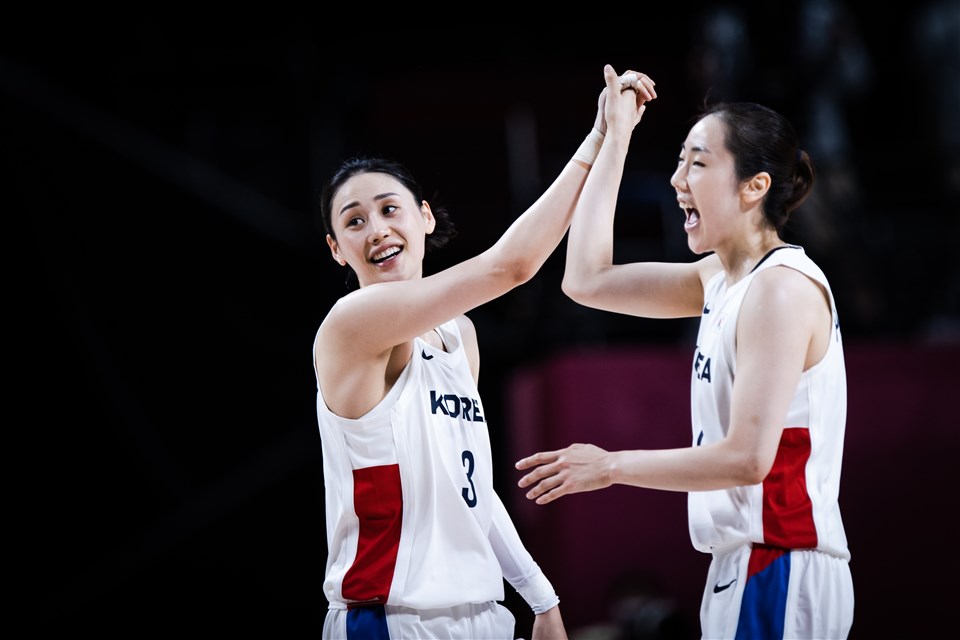 Maybe it is optimistic to expect them to make a podium push, but if they ‘gang rebound’ well and work out a strategy for dealing with their lack of size, they can be successful. Danbi Kim, Leeseul Kang and Hyejin Park are all ballers who can do the business and who knows, could they even propel Korea back to the promised land of the podium?

What a chance for the Tall Ferns to reach the Semi-Finals of the tournament for the first time since they dropped in from Oceania. While they are fifth in these rankings, the way that the group phase is organized means they will be confident of beating India and maybe also taking down (a Jisu Park- less) Korea. That might give them a game against Chinese Taipei or Philippines to make the last four. 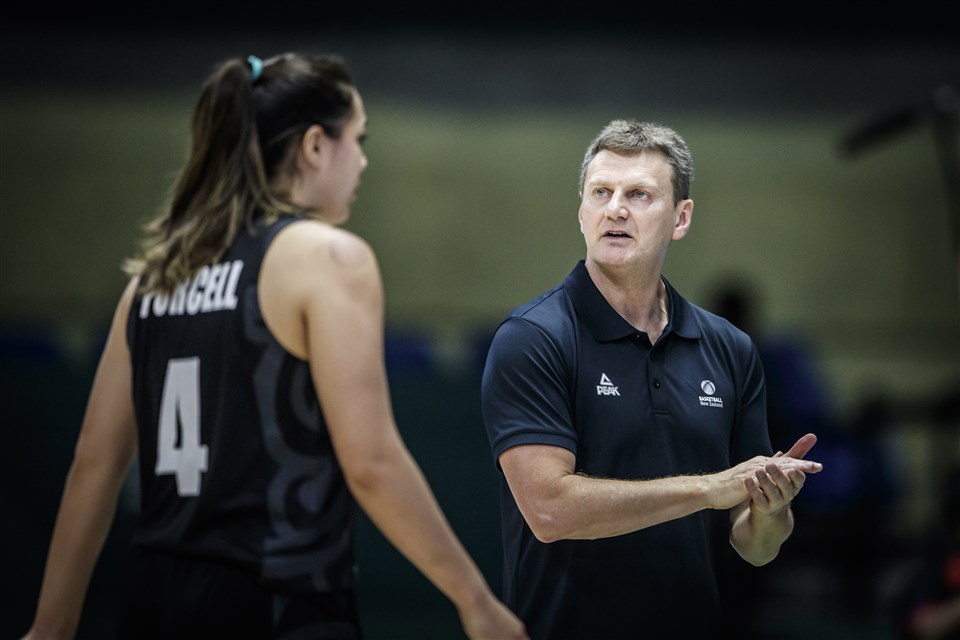 The downside for Head Coach Guy Molloy  is that they have not played much basketball together for a long time, plus he is now going to be without the vast experience of the legend that is Micaela Cocks. However, if they show the same levels of intensity as 2019, they have enough with the likes of Kalani Purcell, the Leger-Walker sisters and Penina Davidson for example to deliver.

There is an optimism that the Gilas Pilipinas can still land some positive punches at the event, even if they are missing the influential Jack Animam. The new glut of emerging talent has a chance to impress behind the leadership of core players like Afril Bernardino, Janine Pontejos, and Clare Castro. 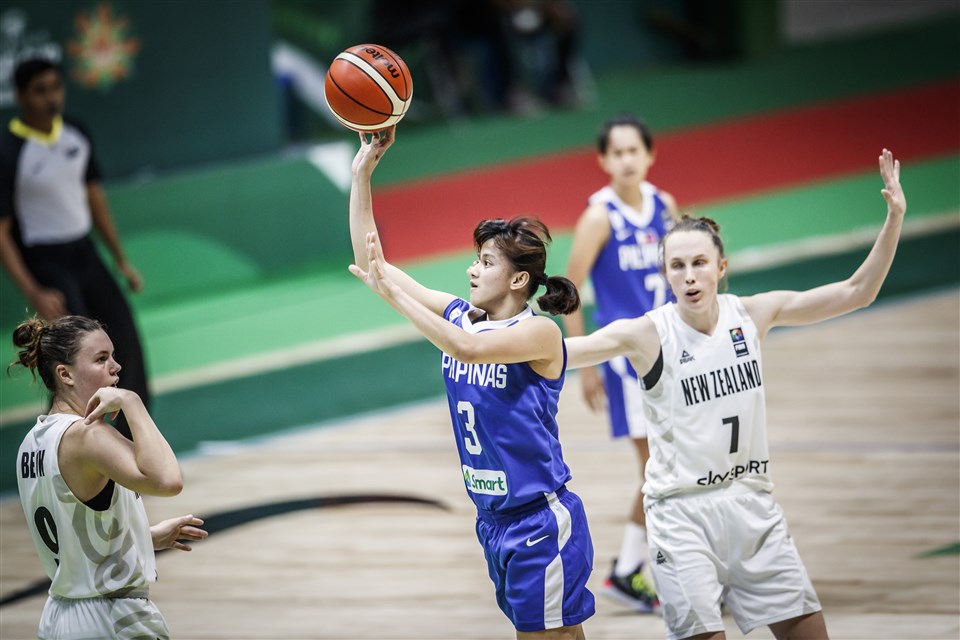 Ultimately it is likely to boil down to being able to beat Chinese Taipei in the Group phase which should secure survival and if not, they will have to beat perhaps most likely, India in the 7-8 Classification Game to avoid relegation – the real aim. The key could be their quick hands and hustle as they got so many steals two years ago and that led to precious transition scores – an area head coach Pat Aquino will no doubt be eager to exploit.

It’s so difficult to predict what is going to happen with Chinese Taipei in this competition because it could largely be determined by how well they shoot the ball. While that is an obvious point, they have really blown hot and cold in this respect at past tournaments. They have had a big difficulty in scoring and finding the firepower to keep pace – despite their quicker style. Converting just 32 percent from the field in 2019 was eye-watering. 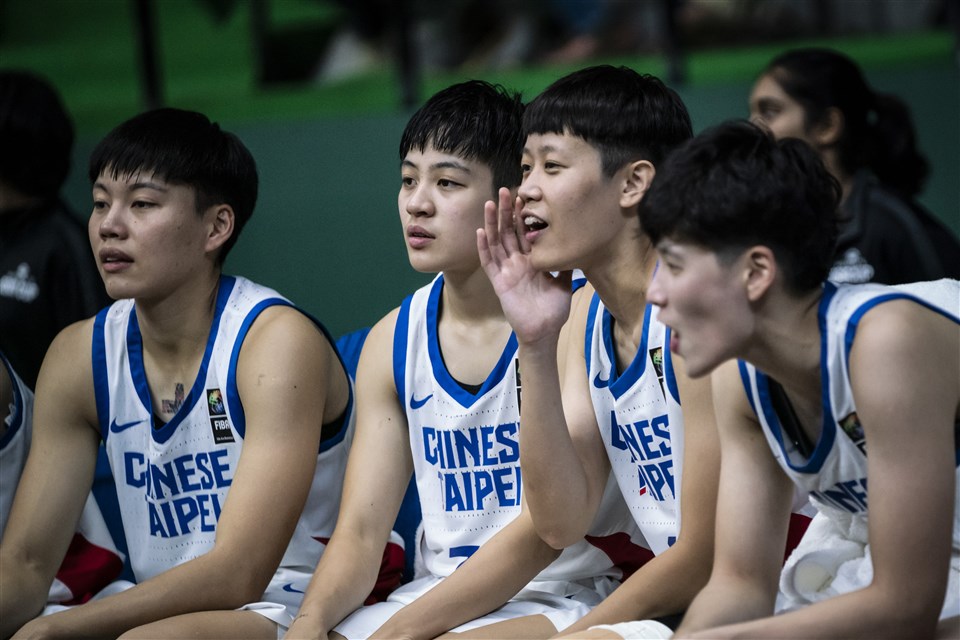 They have not had a dominant scorer or go-to player who has been able to erupt and win games for them, although in some ways, it does make them tough to scout and guard as they share the load around more than most teams. If someone steps up, they could do well, but if the pattern of no marquee players continues, it might be a struggle.

Having been handed a second chance of survival – can India make the most of it? They finished without a victory two years ago and the subsequent decision taken not to impose relegation means they get this opportunity to try and avoid the trap door and falling back to Division B. The gap between the respective divisions is vast and it seems like a long time ago since India won promotion on a glorious night in Bengaluru four years ago when they celebrated the success in front of their own supporters. 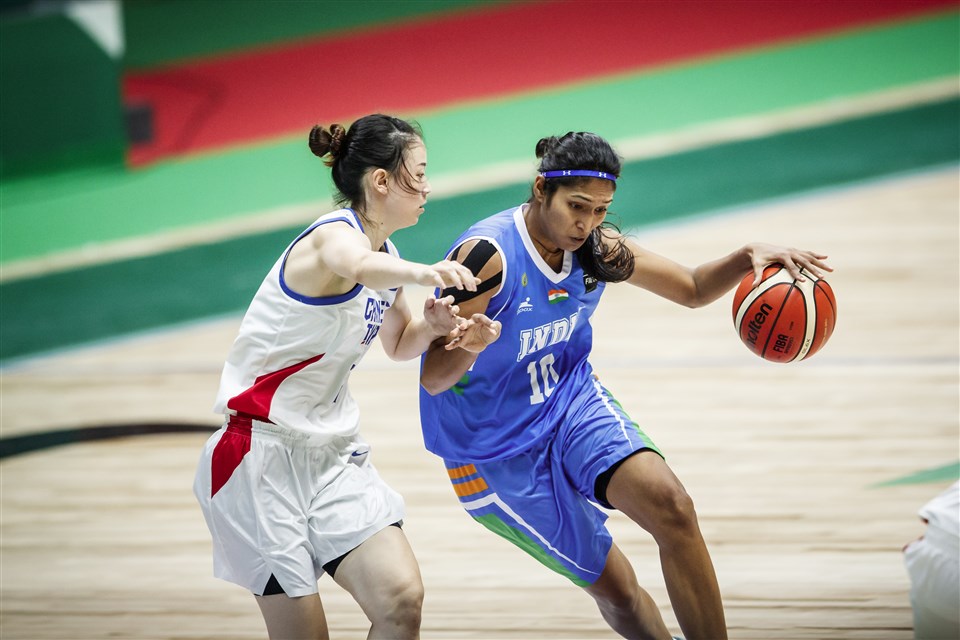 They do have some quality in the likes of Shireen Vijay Limaye and Navaneetha Pattemane Udayakumar, but it’s probably all going to hinge on whether any of the new faces can adjust to life at this level. One win could be enough in Amman to secure their status, but on paper it looks like they might struggle to get it.

*The power rankings are entirely subjective and are in no way a true, accurate ranking system. All comments are purely those of the author.

The FIBA Women’s Asia Cup Power Rankings are put together by our panel, led by FIBA’s women’s basketball specialist Paul Nilsen. He eats, sleeps and breathes female hoops and is incredibly passionate about the promotion of the women’s game at all levels. Paul uses an extensive network of players, coaches, clubs and Federations to shape his work and opinions.

9 cheesy Asia basketball valentines for that…