HONG KONG (Hong Kong) – It’s been close to a decade since Duncan Reid first played in the FIBA Asia Cup for Hong Kong. The 2.06M (6’9″) center has been locking down the post for Hong Kong through this era, nearly averaging a double-double in his Asia Cup career. Literally rising out of the water and onto the court, Duncan Reid has come a long way driving by love for the game.

“I love Hong Kong basketball culture and I want us to move forward and I take my role seriously. It means a lot to me to help move the culture forward.” 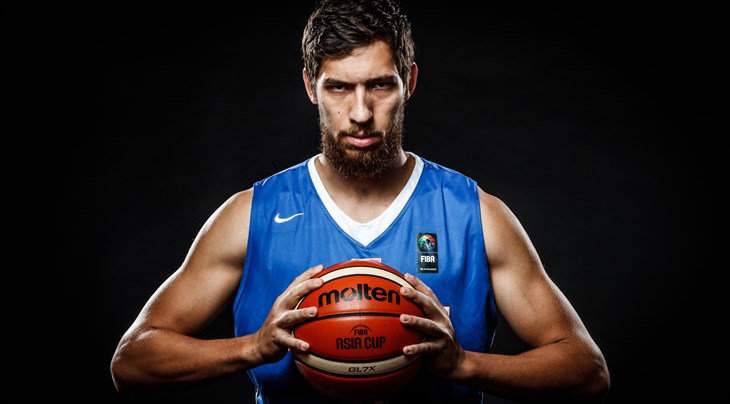 “I grew up loving the game, I actually was not that good when I was very young and I played a different sport,” Reid revealed in an interview with “The Gilas Zone” on Youtube.

“I’m actually a better swimmer than I was a basketball player, so because of that, I purely played for the love of the game. I was playing outside – in Hong Kong, the vast majority of the courts are outdoors and it’s quite difficult to book an indoor court – so I would play out on the street several times per week and that’s where my love for the game really developed.”

“As I got older, I started improving because I was playing so much and started playing on school teams. A big step for me was that I was lucky enough to play a couple of years of college in Canada and at around that time, I was coming back every summer. I was trying to be a part of the Hong Kong men’s league and I was lucky enough to get my first call up when I was about 19 or 20 to play for the national team and ever since then, it’s been a big part of my basketball life.”

Even though Reid rose quickly in the Hong Kong basketball ranks to become the featured player of the program, he has always looked for ways to improve his game to help make the team better.

“I started much more within the paint with my back towards the basket for Hong Kong because right back then we didn’t have much size. Everything I could do in the paint, as many rebounds as I could get, that was everything.”

“But as I’ve gotten older, I’ve tried to expand my game more and in the past couple of years, one of the things that’s been really key for me is improving my range and consistency, being able to do it in multiple ways.”

“My bread and butter is always going to be attacking the rim and my footwork and scoring creatively. I’m not the biggest guy at the international level and right now I’m trying to be more effective with my dribbles, play off the ball more, shoot the ball better. With my career and my professional progression, that was one of the big things for me.” 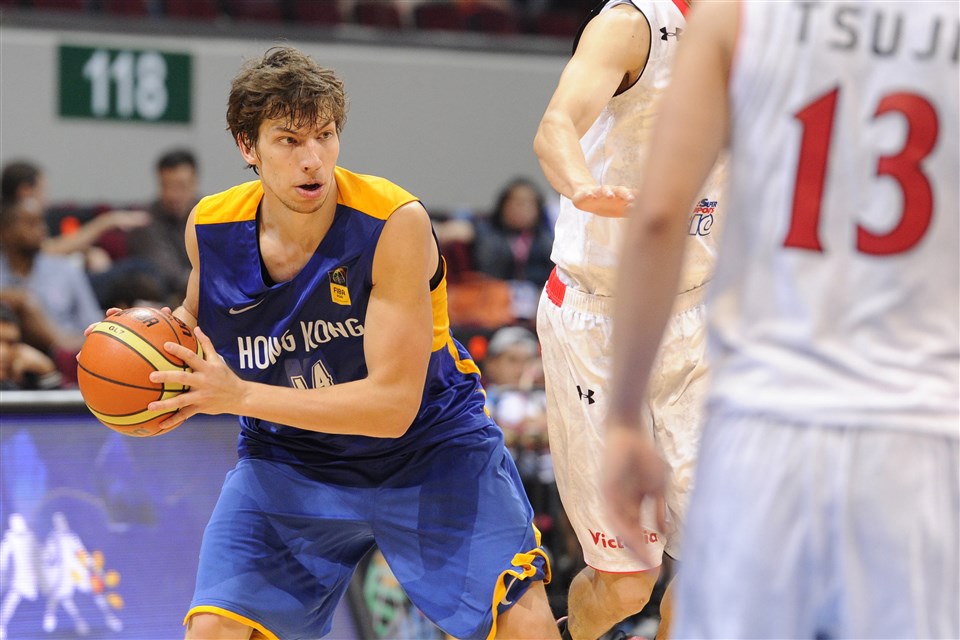 “Playing in China, playing in other places, I might have to line up with someone who is 7-feet-tall and I’m only 6’9″ and he’s probably physically stronger than I am. So how can I be as effective and find those ways to play my own way but to also help the team?”

Now, as he’s become the “grandpa” on the team – his own words – his role to help improve the national team program is not only limited to on court production. It’s also taking youngsters under his wing and inspiring even younger kids, to continue building up a strong basketball culture.

“I love Hong Kong basketball culture and I want us to move forward and I take my role seriously. It means a lot to me to help move the culture forward. There are a lot of countries in Asia that I think that do a better job than us, so how can we try to catch up? How can we move forward?”

“I think for me the key thing is the youth development,” he said.

“One of the key things is that in the past couple of years, we’ve had a couple of professional European coaches come to coach in the Hong Kong league”

“That’s helped move the culture forwards and one of the things they’ve said is that we really need to start at a grassroots level.”

“How do we move forward at that level? How do we get young players exposure? How do we keep developing them? How do we allow them to kind of not go through the same hole that we’re going through?”

“There hasn’t been a real pipeline of development for Hong Kong players and one of the things that I really would like to see moving forward is a pipeline of talented players to get the exposure that they need and they can come back and help the national team because that’s really the way I see if move forward for us.”

“Other Asian countries that are continuing to improve, look at Japan, with Rui and Yuta. They’re really going overseas and they’re improving and then they’re coming back and they’re sharing their experiences. They’re building around those young guys and I think for Hong Kong to move forward is to have the same thing happen.”

At 31 and, again, one of the older players in the program, Reid shared his insights on who he thinks might be able to take the spotlight for Hong Kong basketball and lead them towards a bright future.

“There’s various levels because I’m one of the old guys, one of the grandpas of the team,” Reid said. “So the next level, if I would say, one step below me is the future and maybe one of the cornerstones of the team, is Leung Shiu Wah.”

“He’s 27, he’s in his prime and he led us in scoring against Australia. He’s not a young guy anymore but he’s someone that I think can really continue to build around. He’s a great scorer, he’s tough, and he showed that he was one of those guys that went toe to toe with the Australian guys and played really well.” 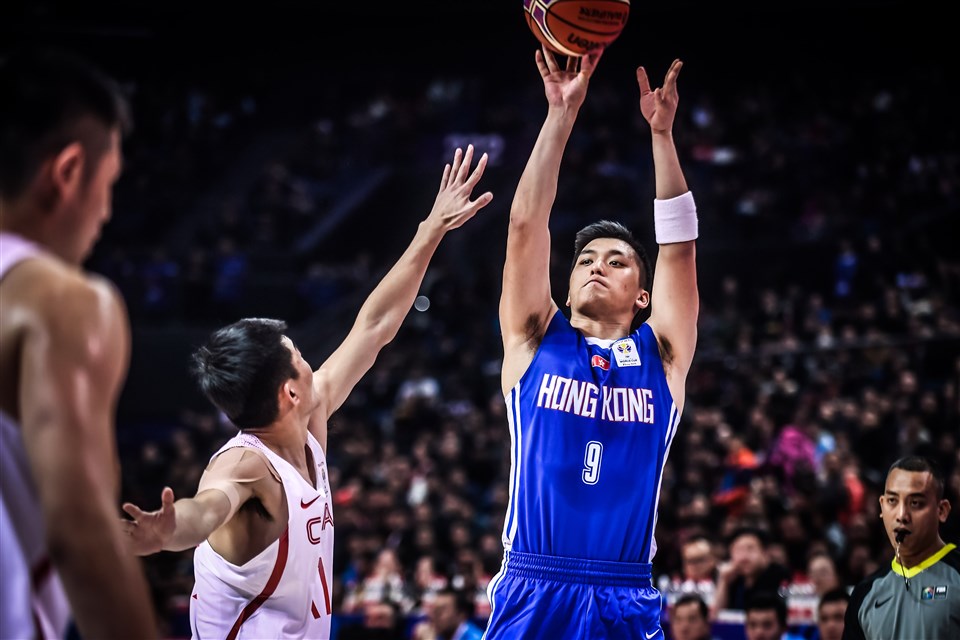 “When you go fairly further down, we have some really good young point guards. Ricky Yang is one that comes to mind, he’s played in the [ASEAN Basketball League]. He’s had some experience and a lot or people like the way he plays. He’s got quite an aggressive style of play.”

“We also have a young 4 man Yip Yiu Pong who is probably the youngest guy on the team at only around 20 or 21 but he’s beginning to come in to that flow.” 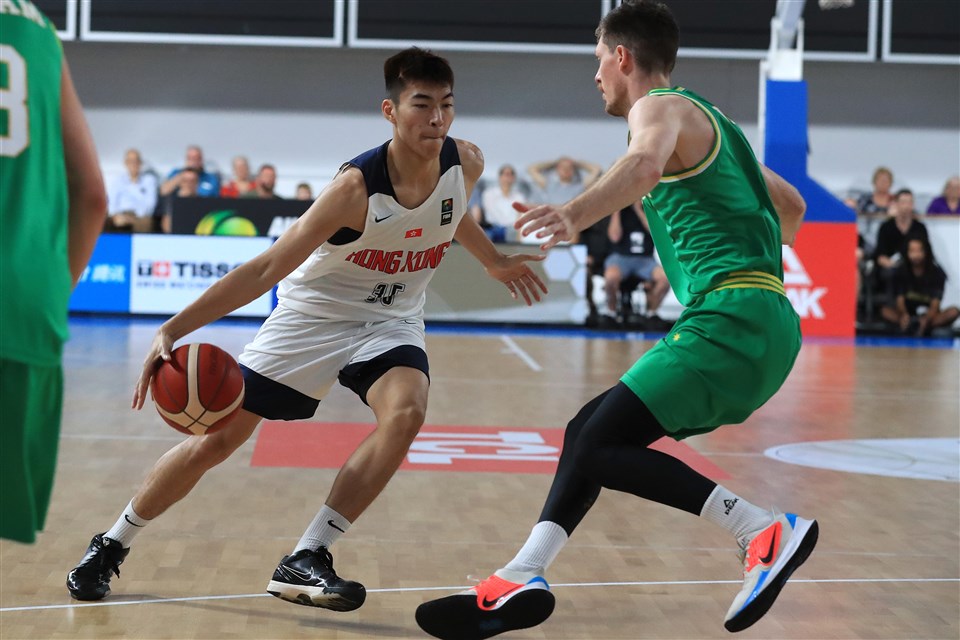 Reid added that with the exception of these three guys, the look of the national team is “up in the air”. There’s a high level of competition to be on the team with a squad of up to 25 fighting for a spot.

“Another guy I would mention is Tsai Choi Kwan who has been a mainstay of the team but he still hasn’t played at a level that he can internationally. He’s had really good performances in the Hong Kong league.” 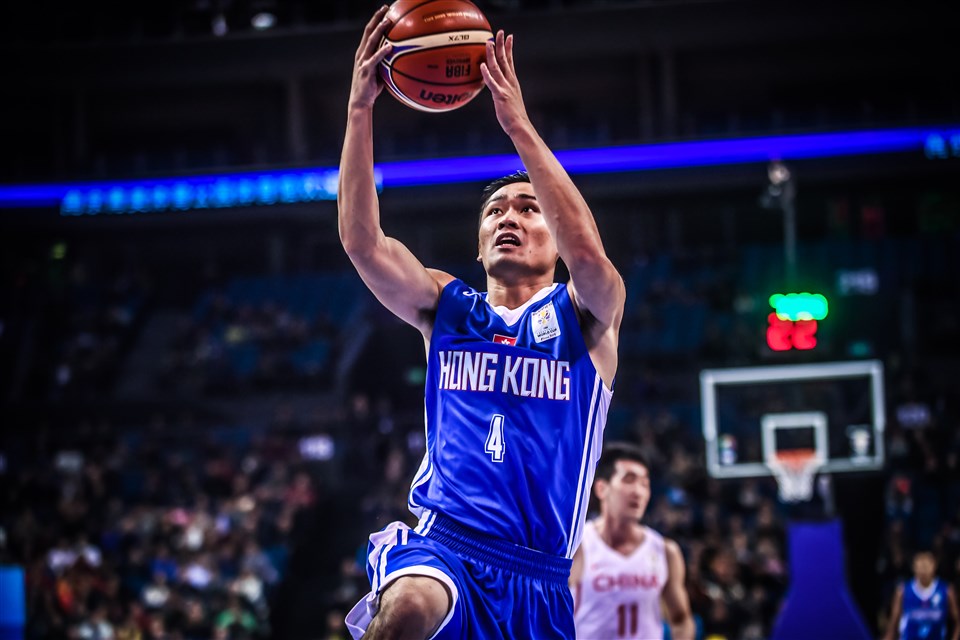 The rise of talents to watch in Hong Kong is a product of the improved professionalism of basketball in the country. It’s what has allowed Reid and other national team standouts to strive by being able to focus solely on their craft on a daily basis.

Reid names the successful Eastern Basketball Club as the changing point for this development as a fully professional team.

“… They’ve allowed the visibility of Hong Kong basketball to improve and to give a lot of the younger guys an option to play professionally. Because of that, I would say more of the national team make up is of fully professional players [than before] but at the same time, it’s still overall a very small proportion. Of the 12 guys, you might have 4-5 guys who are fully pro and then you will have teachers and coaches. Basketball itself is growing in Hong Kong, so a lot of players will play and coach on the side. Obviously that’s not as good as just being able to fully be a professional, but it means that the focus and the standard is slowly increasing in Hong Kong.”

A boost that the Hong Kong basketball culture might need is to see that their heroes – the national team – qualify for Asia Cup 2021.

It’s a tall task, as Reid says Group C is “one of the toughest groups in the whole competition top to bottom”, but would be a major accomplishment should they be able to score a ticket to Jakarta from the Qualifiers.

“I think it’d be huge,” he said, in reference of Hong Kong qualifying for Asia Cup 2021.

“We’d love to make it and I think, especially for the next generation of guys, it’s a really big deal.”

“But to be fair, each Asia Cup we qualify for it gets harder and harder. You see the improvement of Indonesia, you see what they’ve done. Bringing in Lester Prosper and how the culture is changing there. You see how Thailand is fielding stronger teams.”

“A lot of these teams that were traditionally slightly lower in the tiers are really ramping up their professionalism, let alone the steps that all the powerhouses are making.”

“For us to continue to compete at that high level, that’s huge. But it is getting harder and harder so we need to step it up.”

It’s been 8 years since Duncan Reid played in the Asia Cup for the first time since back in 2013. He’s seen positive signs of improvements and developments along the way as his role has shifted from rising star to seasoned veteran.

Now he’s looking forward to help the program go even further and show off the determination, searching for that Asia Cup ticket once again.