DOHA (Qatar) – There’s 99 days left until FIBA Asia Cup 2021, where the spotlight will be fixed on the national teams in Asia and Oceania. For a lot of young players on those teams (should they qualify), it will also be their first time playing in the Asia Cup as well. A significant batch of players on the rise is those born in 1999, whether it’s Lin Ting-Chien, Karim Zeinoun, or Juan Gomez De Liaño.

One of those players is Seydou Ndoye, a young power forward from Qatar, who also coincidentally celebrates his birthday on this day.

“We are proud and hungry to prove on the court that we can play with the best in the Asia Cup and to build our own legacy with Qatar.” 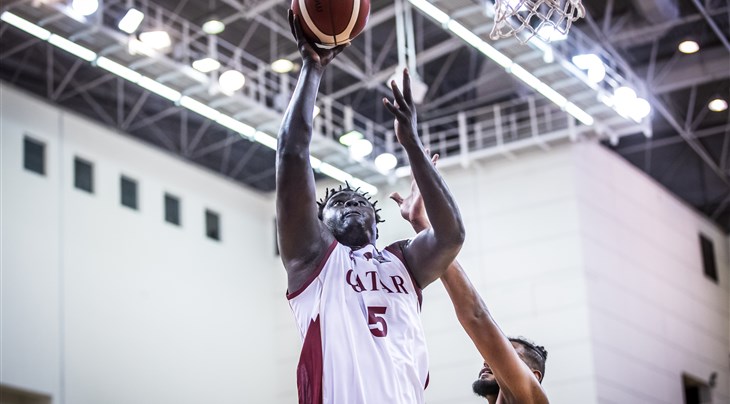 The burly 2.03M (6’8″) forward had already made his presence known as a FIBA 3×3 U18 World Cup champion in 2016, but it was not until November 2020 when he finally made the senior national team squad at a major FIBA competition.

“It was one of the most important moments of my sports life. Being part of Qatar Men’s team was something that I’ve worked really hard for all these years and having the opportunity to play at the higher basketball stage, like the Asia Cup 2021 qualifiers, was special,” Ndoye said.

More than just being called up to the roster, coach Miodrag Perisic put him right to the test as the starting big man up against Syria. 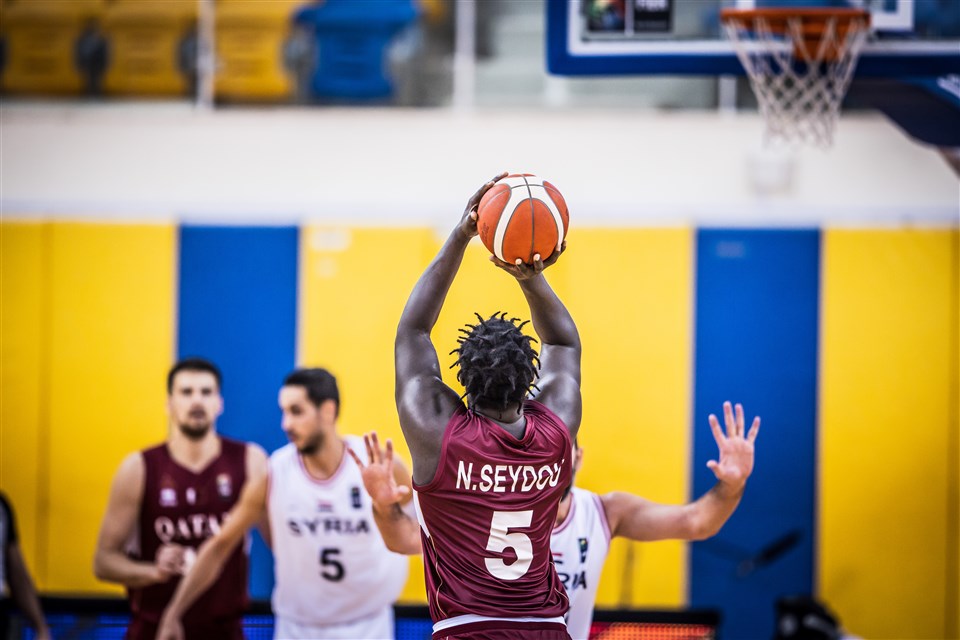 Less than 3 minutes into the game, he showed everyone why he received that opportunity by scoring his first two points following an offensive rebound.

“To be honest I was really anxious and excited especially when coach Perisic announced I would be a starter,” he said. “It is my first year with the senior men’s team and playing in those two extremely important games in Doha was really something I was waiting long time.”

The defeat at the hands of Saudi Arabia on their home-court stung, in particular because of how close it was. It will be a great learning experience for the young big man as he continues to the role he is expected to play with the national team.

“I believe that so far in these 4 games, we did our best. We had a great game beating the very experienced Syria national team. It was a total effort from all our players to make the comeback at the end and win.”

“Losing  to Saudi Arabia in overtime, after another comeback, was a heartbreaking situation for all of us. Looking back to those games, we did our best so it is bittersweet because you always want to win when you wear the national team colors.”

At the end of two windows, Ndoye and Qatar are currently sitting at the bottom of Group E with a 1-3 record. However, it’s been a tight race through and through, meaning there will still be a chance for direct qualification to Asia Cup 2021 for all teams up until the final buzzer. Ndoye realizes what might be going against Qatar as they hope to claim that qualification spot, but also knows how it might actually work in their favor, too.

“We are young,” Seydou said, ready to set the Asia Cup Qualifiers on fire.

“I might say extremely young, so our coaches wants as to use our excitement and our fighting spirit to overcome our lack of experience. So we need to follow our game plan, be even better on the defensive side because our defense will give us the two victories versus top teams like Iran and Syria.”

If that plan follows through, we could very well see them going to Jakarta and being back in the Asia Cup once again.

“We have the youngest team in Asia and Qatar has a long tradition with successful  teams so it is important for us to continue the legacy. We are proud and hungry to prove on the court that we can play with the best in the Asia Cup and to build our own legacy with Qatar.”