AMMAN (Jordan) – The schedule and groups for the FIBA Women’s Asia Cup 2021 Division B have been finalized and confirmed ahead of the event to be held from November 7-13. The competition will be played at the Prince Hamza Hall in Amman, Jordan.

The Group Phase will be played from November 7-9. For the Group Phase, the six (6) teams are separated into two groups of three (3) according to the latest update of the FIBA World Ranking presented by Nike for Women. 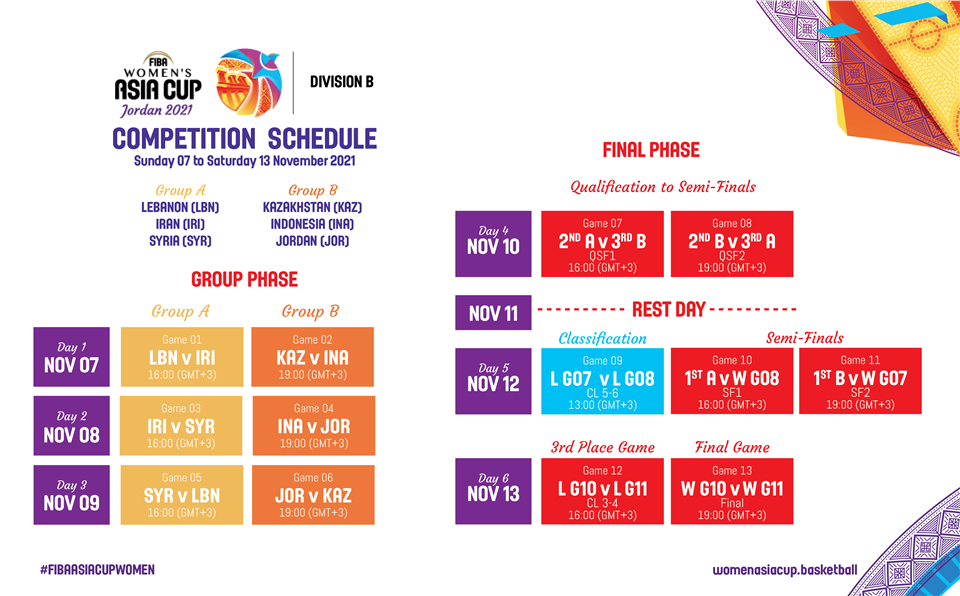 The Final Phase starts on November 10 with two Qualification to Semi-Finals games between teams that finished 2nd and 3rd place in their groups.

The top team from each group will directly advance to the semi-finals which will be played on November 12 after a rest day. The 5th place classification game will also be played as the first game on this day.