JEDDAH (Saudi Arabia) – FIBA Asia Cup fans all have their memories of Sani Sakakini on the court, playing for Palestine.

Whether it was when he was celebrating a monumental win in their Asia Cup debut or when he torched Kazakhstan for 44 points, Sakakini made his mark on the Asia Cup scene.

“The thing I wanted to make sure is that I really played the hardest that I can and try to help as much as I can for Palestine.” 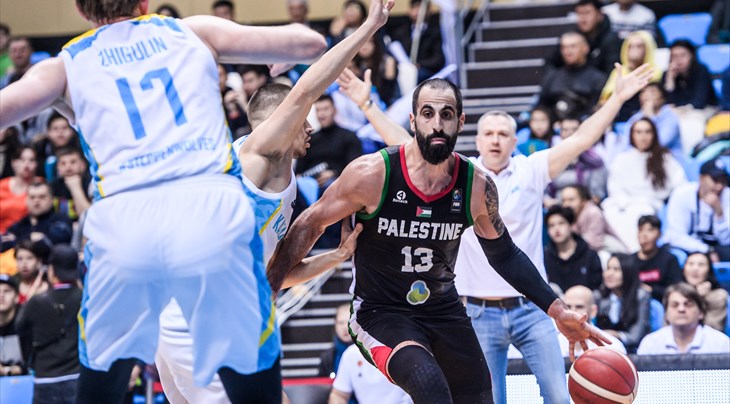 Most importantly, it was Sakakini who put Palestine on the map with his basketball brilliance throughout the years.

He’ll now be passing on the torch to the next generation after announcing his retirement from the national team following Palestine’s game in the Qualifying Tournament in Jeddah.

“I’m here not to talk about the game,” Sakakini said in the post-game press conference. “I’m here to just announce my retirement from the national team…”

“I did everything I could do here since 2006, the first time I joined the national team. I had great moments, I had bad moments.”

One of those bad moments might be from the past few days in which Palestine were dealt two straight losses to be eliminated from Asia Cup qualification. The loss to India, in particular, was heartbreaking as Palestine blew a 14-point lead to lose by two points after Sakakini missed a potential game-tying layup.

But there were many good moments, especially being able to show the world what Palestine is capable of over the years.

“I really had a good time representing my country and showing the world about Palestine. I thank every coach and every player that I played with since I joined the national team.”

“The thing I wanted to make sure is that I really played the hardest that I can and try to help as much as I can for Palestine.”

That was clear to see each and every time Sakakini took the court. Not only was Sakakini the top scorer for Palestine for the majority of their games, he was also consistently the hardest worker on both ends of the floor.

As Palestine’s first professional basketball player, there was a heavy load of responsibility on the shoulders of Sakakini. It was a tough job, but as Sakakini puts is: “I tried my best”.

“As I said, we had great moments. We qualified for the first time in 2015 to FIBA Asia Cup in China and we did great. We had some good moments, we had some big wins, too.” 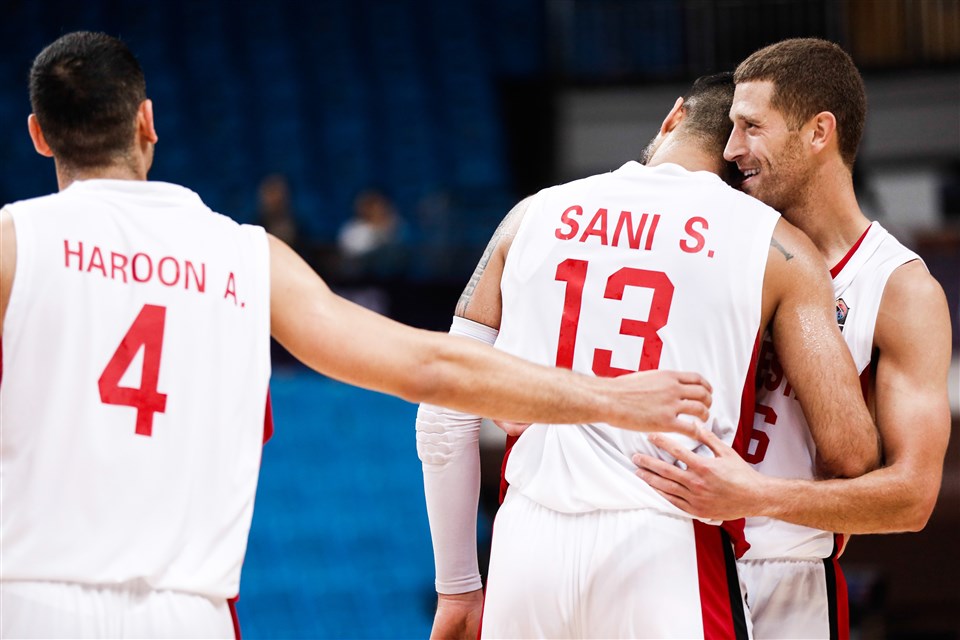 Sani Sakakini paved the way as he played professionally all over the world from Jordan to China to Venezuela to Chinese Taipei. He paved the way for aspiring Palestine youngsters when he and the national team upset the Philippines in their very first Asia Cup game back in 2015. He’s been the key part that has helped build up a program and culture, resulting in an enthusiastic home game in Jenin back in 2020.

While Palestine weren’t able to advance on to compete in the FIBA Asia Cup, Sani Sakakini has already blazed a trail in which the future generation can follow in the future for the better of Palestine basketball.