Prastawa expects ”the energy will be through the…

JAKARTA (Indonesia) – FIBA Asia Cup 2022 is still a few months away – to be played form July 12-24 in Jakarta, as a matter of fact. While that might seem like a lot of time, there’s almost never enough time to prepare for a competition at the level of the Asia Cup, which is why Andakara Prastawa and Indonesia are already deep in training to get ready for game time.

“The energy will be through the roof, so please come and support us, Indonesia.”

In the very first installment of a live interview series on @perbasi.ina on Instagram, Indonesia’s star guard talked with the fans about how the team were preparing to start their training camp. This included planning around the activities during Ramadan month and those who were still active in the Indonesia Basketball League (IBL) bubble.

“… it’s our duty to do the best and we’ll surely participate wholeheartedly for our country,” said Prastawa of himself and his teammates during the preparation period.

The upcoming Asia Cup is going to be an important one for Prastawa and for Indonesia. Not only will it be the first Asia Cup appearance for “Timnas” in over a decade, it will also be Indonesia’s first time hosting FIBA Asia’s premier competition since 1993. With all of that of that backstory and a little bit more on the line than the other participating teams, there’s a lot for Indonesia to be excited about this July.

“I am ecstatic to compete,” expressed Prastawa. “This is a rare opportunity to play at the highest level in Asia.”

“We’re also aiming to reach the [Quarter-Finals] to qualify for the FIBA Basketball World Cup 2023,” he added, referring to Indonesia’s requirement to automatically qualify for the World Cup as co-hosts of the global event. “For all of us, we’re excited to experience such a high level while elevating basketball in Indonesia.”

This means that the first games will mean a little bit more to Indonesia than it might for the other teams. As a result of the Asia Cup Draw on February 18, the hosts will be facing Jordan, Saudi Arabia, and the Asia Cup 2017 defending champions Australia in Group D.

As this is the competition that teams will be battling for the title as the best national team in the Asia & Oceania region, there will most certainly be no easy games. 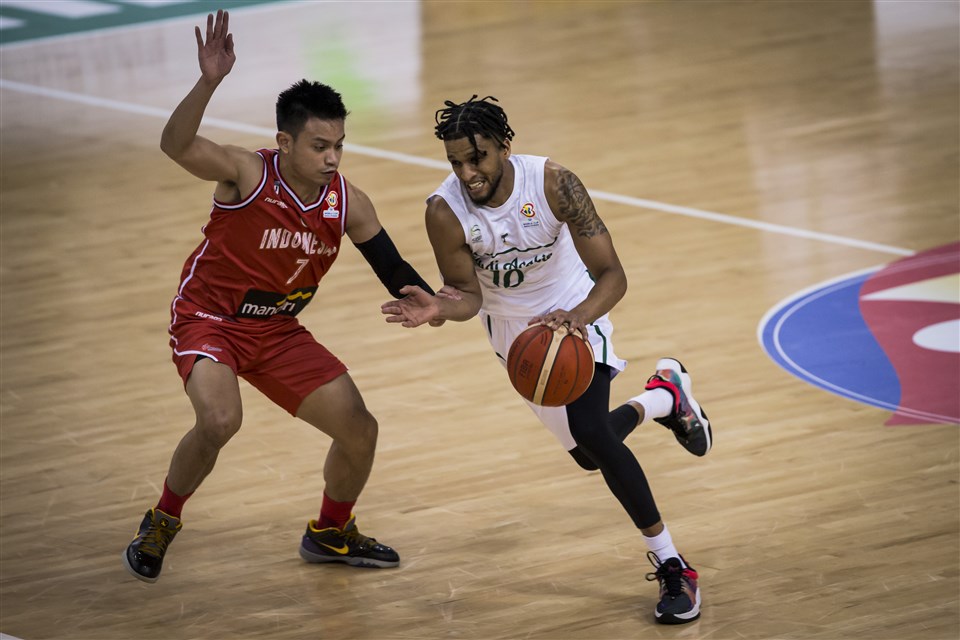 “For Saudi Arabia and Jordan, I’ve matched up with them and even recently as well,” said Prastawa, referring to their recent clashes in the FIBA Basketball World Cup 2023 Asian Qualifiers. “But never with Australia so it’s exciting to see which players they’ll bring to the Asia Cup.”

Whether it’s Saudi Arabia’s Khalid Abdel Gabar, Jordan’s Freddy Ibrahim, or Australia’s slew of talents in the backcourt, the competition will be stiff for Prastawa. Nonetheless, he knows that the most important for him as a player is soaking in the moment.

“It isn’t necessarily just one player [that I’m looking forward to play against],” he said. “As a baller, I always value every experience and whoever I’ll match up with, it’ll be a motivation for me to perform.” 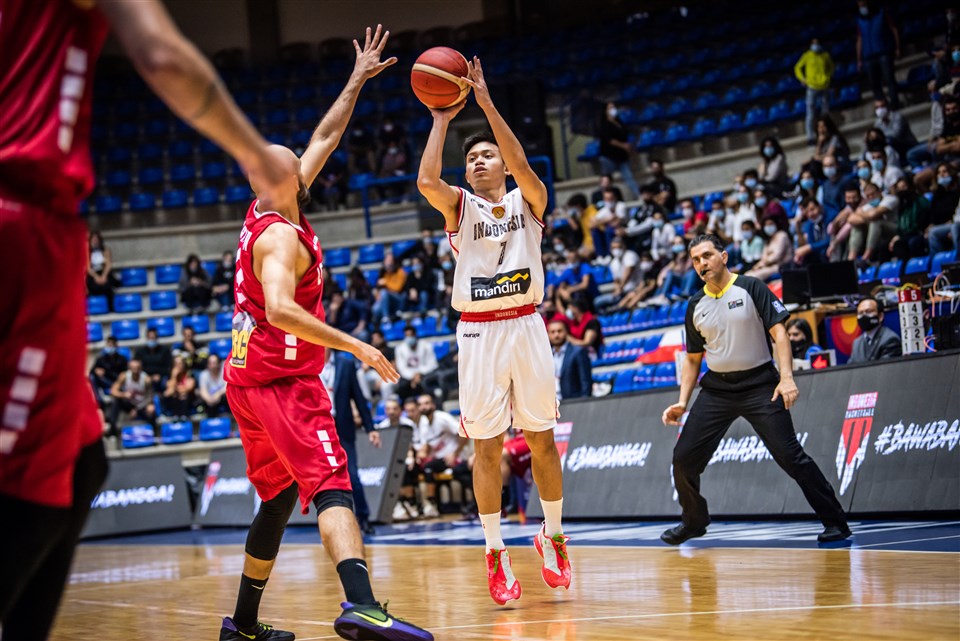 Indonesia will be heading into the Group as underdogs, ranked 95 in the FIBA World Ranking presented by Nike compared to Saudi Arabia (80), Jordan (39), and Australia (3). The level of difficulty to come out of the group and qualify is high, but that doesn’t waver the confidence of Prastawa and his team that they’ll be able to pull through.

“We’re obviously aiming to get wins over Saudi Arabia, Jordan, and Australia,” he proudly proclaimed. “Australia is the best team in the Asia Cup now, so they would be the toughest, but we’ll give our best no matter what.”

There are a lot of elements and factors that could work to Indonesia’s advantage come tipoff time, but the most important thing is that they head on to the court always looking to win.

“We’ve gained knowledge on Saudi Arabia and Jordan [after playing against them]. plus we’re going to have more players joining us. We’ll ensure that the best players are the selected ones for the Asia Cup, the best of the best from our country will be out there competing.”

“We aim to win and that is my personal goal as well. We want to win instead of just participating.”

Aside from the determination, something that might also prove to be in Indonesia’s favor is their team spirit, as displayed by Prastawa. When you have a star that’s as unselfish as him, it usually trickles down to effect the entire team.

“[For me,] obviously the team comes first,” Prastawa said. “Especially playing for the national team and at this level. Getting a team win is the ultimate goal.” 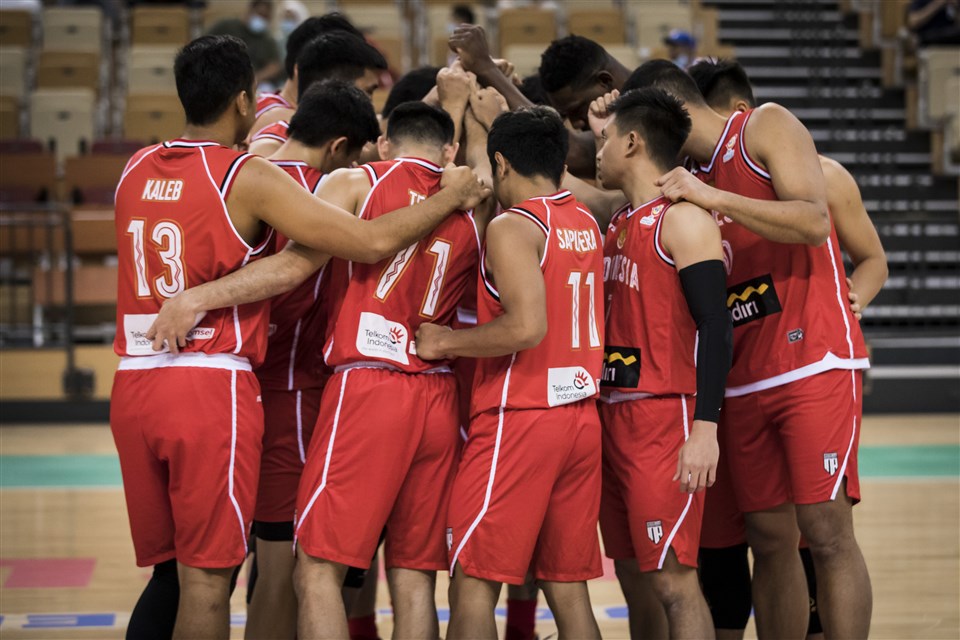 “We feed off one another. Say today, Abraham is playing great, we’ll support him. Or maybe Arki has the hot hand. Whoever it is, we’ll focus on winning the game as a team because the team comes first.”

The final element that Indonesia most certainly cannot wait to take advantage of when the Asia Cup begins is the homecourt advantage. The players, especially ones that are as experienced as Prastawa, knows the effect that the support of the fans can have on a player’s performance. After a long break from playing in a national team setting with a packed crowd behind his back, Prastawa can’t wait to show Indonesia’s loyal fans what they can do.

“Man, I am super excited,” he said. “I’ve experienced the thrill of being a fan during the Southeast Asian Games. Now I am going to be the player. The energy from the crowd is contagious and thrilling., especially when our families are also there.

“The energy will be through the roof, so please come and support us, Indonesia.”

Man, I am super excited, I’ve experienced the thrill of being a fan during the SEA Games, now I am going to be the player, the energy from the crowd is contagious and thrilling., especially when our families are also there.

“The energy will be through the roof, so yeah, please come and support us Indonesia.”