New Korea coach looking to lead youngsters to be…

SEOUL (Korea) – Even though Korea are the highest ranked team in Group A of the FIBA Asia Cup 2021 Qualifiers, according to the FIBA World Ranking presented by Nike, there is no sense of complacency for the upcoming remaining games.

The national team has named a star-studded 12-player line up for the games ahead, highlighted by Ra GunA, Lee DaeSung, and Lee JungHyun among other familiar names. This is the core of the squad that will be going up against the Philippines, Indonesia, and Thailand in search of yet another Asia Cup appearance.

Among the changes in the national team for these games includes the appointment of Cho SangHyun as head coach as well as the calling up of two promising youngsters, Lee HyunJung and Yeo JunSeok.

These additions and the main core itself makes up for a youthful Korea squad which should signal another big step forward for the future of Korea basketball.

“As this team got much younger compared to the previous group of players, I am looking forward to see a lot of energy on the court,” said coach Cho of what he expects to see on the court for this team. “That means energetic and sticky pressure on the opponent for the defense and fast-paced, strong attack to the rim for the offense.”

The players will need to do just that, especially in the games against the Philippines on June 16 and June 20. The two countries have a long history of epic clashes against each other and will be going into the contest with the slightest of difference in the FIBA World Rankings possible – Korea are at 30 while the Philippines are at 31.

This will provide the perfect stage for two of Korea’s most promising youngsters at the moment to absorb high-level experience for the benefit of their bright future.

At the wing position, attention will be focused on Lee HyunJung who is coming off a freshman season playing in the NCAA at Davidson College. Lee was one of the best players at the FIBA U18 Asian Championship back in 2018 and will now have the chance to debut for the national team.

“I’ve been watching him for a while because of his potential, and now I am sure he’s going to be a great asset for the team as being a shooter with his tall height,” said coach Cho of the prized prospect.

“He is still a high school student, but his speed and physical feature cannot be matched in his age group. Therefore, I believe he can play in the senior national team. With his talent, I am going to put him as 3 or 4, depend on the situation,” said coach Cho. 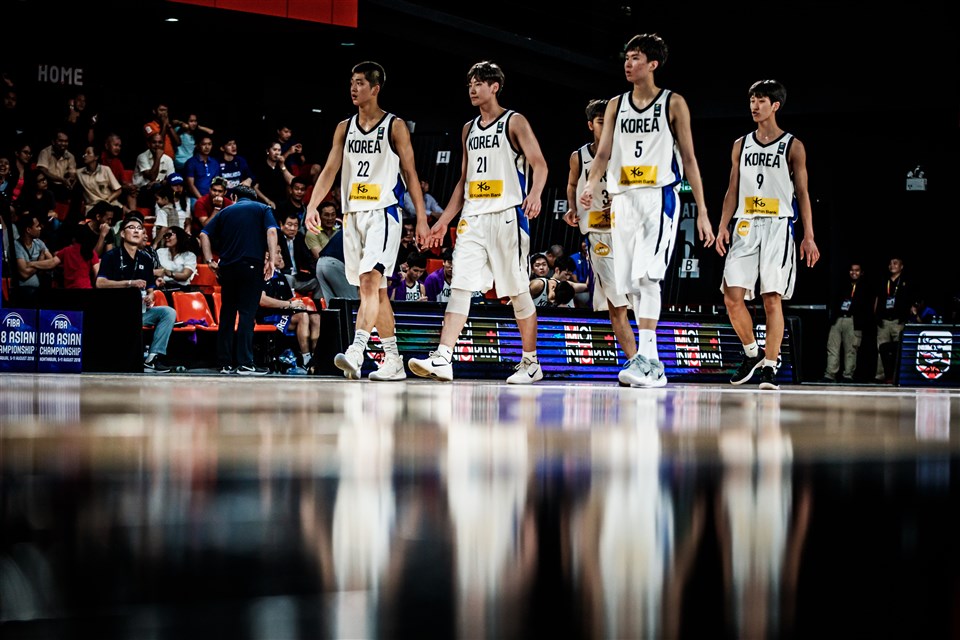 Korea’s main focus for the upcoming games will certainly be to beat all teams that comes across their paths. However, having the opportunity to bring in high-level prospects like Lee and Yeo to take in the senior national team experience while also learning from the best of the best in the country is a welcome additional benefit to reap in these upcoming games.

“I am greatly looking forward to see these two players to become the players whom we can trust for the next decade. Then, I strongly believe it will be my responsibility to guide them in the right direction to become the best players in the nation.”

“As their head coach, I will be looking for the best way to give them good lessons that they can take away from their time on the national team.”