Muzamil Hamoda; From A young little brother to…

MANAMA (Bahrain) – The past few years have been quite eventful for one of the most exciting prospects to come out of the Asia Gulf, Muzamil Hamoda.

“I’m so excited to play at the Asia Cup.” 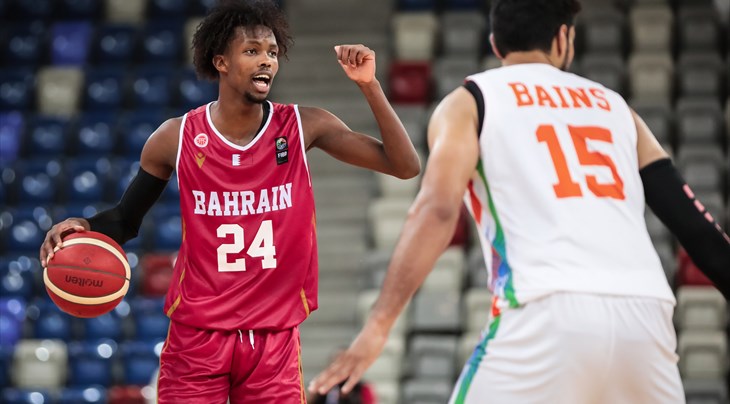 After a historic finish in the U18 Asian Championship to a memorable senior national team debut and an NCAA Division 1 scholarship earned, it’s clear that Muzamil has been well on track to becoming a star in Asia. Now, he’s back in Bahrain and preparing for the next platform to show off how far he’s come – and how much further he can go.

Bahrain are preparing for a return to the Asia Cup and Muzamil is expected to be one of the most exciting players on the court for this team. 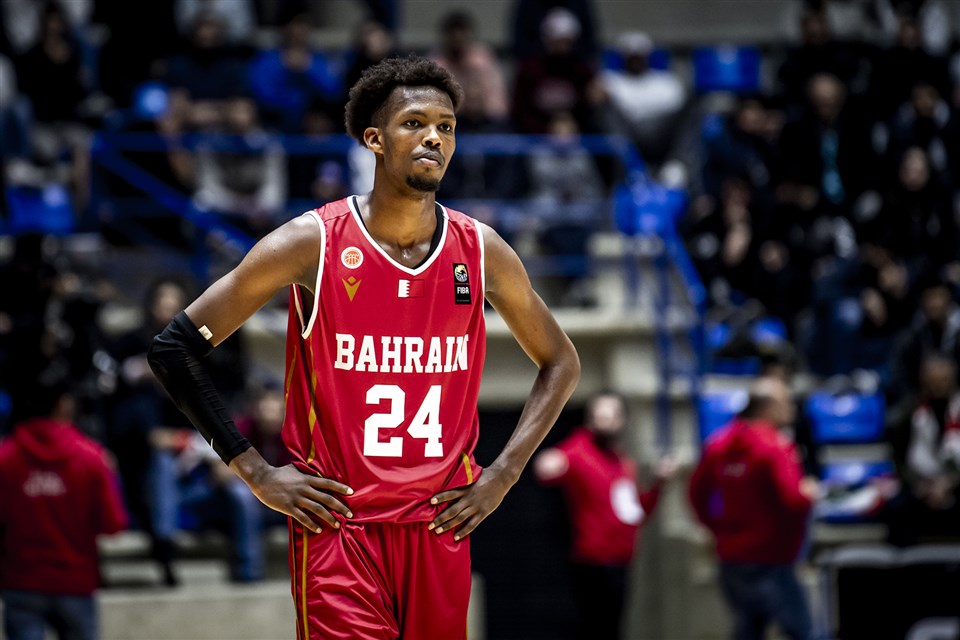 The Group Phase of the Asia Cup will be interesting for Bahrain. Through the Pre-Qualifiers and Qualifiers, they’ve played against great teams from the western parts of Asia, whether it’s Lebanon or Saudi Arabia. At the Asia Cup in Jakarta, Indonesia, however, they’ve been drawn into the same group with the giants of East Asia whether it’s China, Korea, or Chinese Taipei.

Muzamil lists China as the team that he is looking forward to play against the most because “China are always one of the top teams in the world”.

Even with hiss anticipation focused on China first, he also knows that Korea and Chinese Taipei are not easy opponents either.

“I know [that Korea] are very good team and looking forward to compete against them.”

“I think [that Chinese Taipei] are one of the teams that try so hard to win and I respect that and looking forward to play against them.”

Even though this will be Muzamil’s first ever Asia Cup, as well as Bahrain’s first since 2013, with stiff competition right out of the gates, he has lofty targets set for himself and the team.

“We will be trying to get our flag up there with the top three teams,” claimed Muzamil.

Considering how much hess accomplished on the court at such an early age, one can understand where his confidence comes from. And to get to where he is now at this age, you have to get quite a head start.

“I started at a really young age, I was six years old,” Muzamil said in an interview with Control the Chimp on Youtube.

Young “Zee”, as he is fondly referred as, recalled being curious about where he brother would come and go before learning that he was going to practice with a basketball club. One day, he’d started tagging along and after watching his brother play, he’d feel happy. 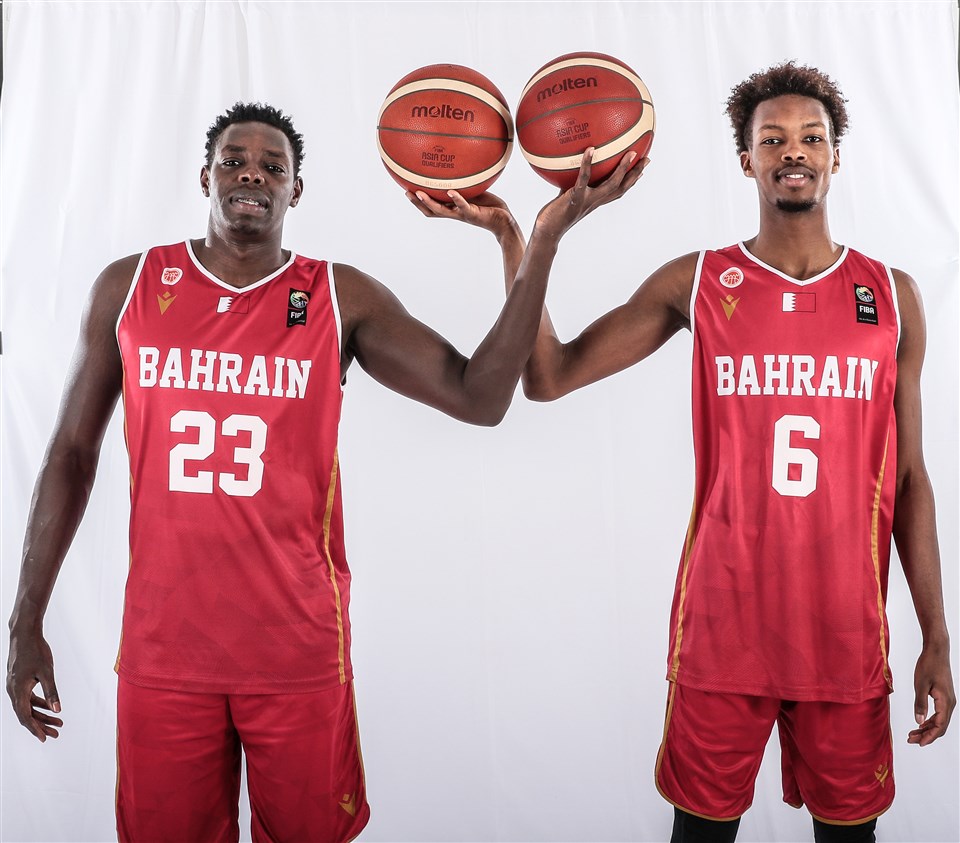 “I told my brother that I want to play,” Muzamil told Control the Chimp. “He didn’t mind but he told me that I couldn’t play with him yet and he let me play with the youngest age group of players. It was two days a week, Saturday and Friday. So I went two days a week and I was improving more every week.”

“The coach noticed my improvement, therefore he let me play with players of the next level and I started to go everyday all week.”

Aside from his brother, who is a teammate on the senior national team, family plays a huge role on Muzamil’s path on the basketball court.

“[My mother] used to play when she was in school. My father had no interest in basketball, he used to play football,” Zee said of his parents, as per the interview with Control the Chimp.

“My mother has a huge effect on me, she was extremely understanding, she has always been trying to make me the best player.”

A family figure who has had as much of an impact on Muzamil’s basketball is his late uncle, Ismael.

“He’s the one who made me believe that I can play anywhere. Any league, region, any place in the world. He’s the one who supported me to give me everything I had to be the Muzamil that I am now.”

Uncle Ismael would regularly take Muzamil along with play and would make his nephew match up against the opposing team’s best players. As they would play on the same team, Muzamil would learn a valuable lesson in these games.

“He was old, so he didn’t move a lot,” Muzamil explained, as per the interview with Control the Chimp. “He was able to shoot, dribble, and move between defenses a bit but not everything. As I said, he was old, and the opposing teams were young, therefore he used to take me with his teams to teach me how to count on myself and get the win for the team. He was everything.”

Playing with the big boys

Muzamil always seemed to punch above his weight whether it was practicing with older players or playing with his uncle’s team. He was two years younger than most of the competition at the U18 Asian Championship in 2018, where he averaged 9.4 points and 5.4 rebounds per game at just 16 years of age. 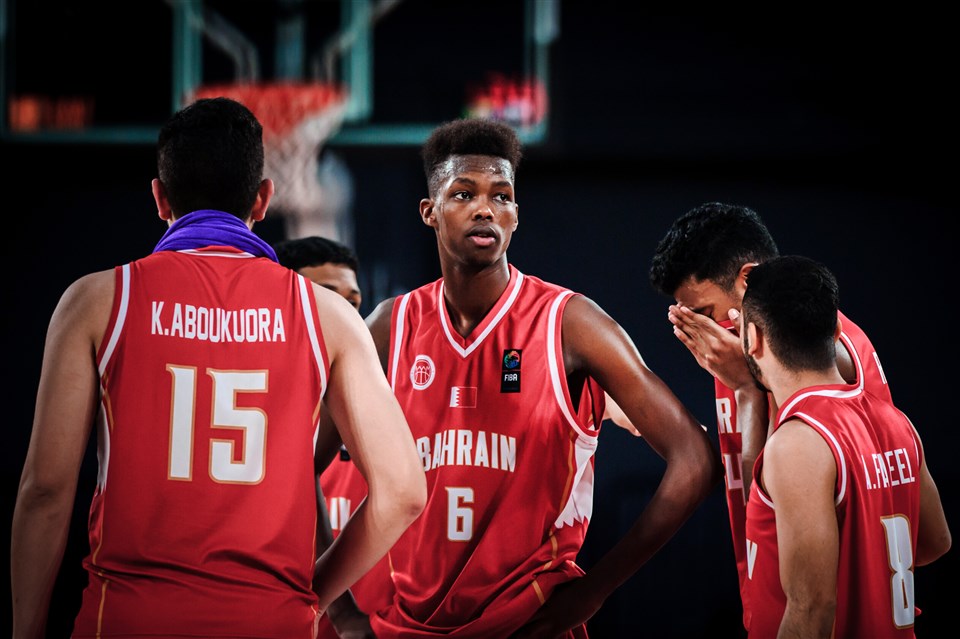 All of that confidence, coupled with the opportunity to be a part of a partnership between the Bahrain Basketball Association (BBA) and the Texas Legends in the NBA G League, resulted in Muzamil planning ahead for the next step.

“I saw professionalism,” Muzamil said of what he got from being a part of the partnership that allowed BBA to send youth players to training camps in Texas, under the supervision of the G League team. “I saw how professionals spend their day, on the court, off the court, what their training was like, what are the things that made them professionals, what are the things available for them, so it was positive. And we used to play matches with the schools there so I knew that I can play in the USA.”

Since then, he’s been working even harder to shine at a level no player from Bahrain has been able to do which is playing in the NCAA Division 1 with the Utah State Aggies. Zee played in 28 games in his freshman year, which included a 10-point, 3-rebound, 3-assist performance against Boise State.

“This means a lot to me; to do something like this has always been a dream of mine,” he said back in 2020 with The Daily Tribute. “I’m extremely excited and proud to be the first from Bahrain to get this chance.”

“It’s a wonderful chance to learn about sports professionalism abroad, and I can show what local players from Bahrain can do internationally,” he added.

The fans will get to see first hand how much he can do and how much he’s improved when he takes the court in Jakarta from 12-24 July for the Asia Cup. The Bahrain basketball faithful can be sure that they’ll see an improved Muzamil Hamoda, knowing that he’s always striving to get better to be able to play at a higher level.

“My ultimate dream is to play professional basketball, maybe even in the NBA,” Muzamil had said in 2020, also with The Daily Tribute.

“The most important thing for me is my dream and passion,” said Muzamil, concluding his interview with Control the Chimp. “Because I have a goal in my life. I set a path for me that I didn’t just choose today. I’ve set this path a long time ago, and it’s also my uncle’s wish. I’ll continue to achieve my goal and there’s nothing that can make me change my path or anything that could make me question my goal.”

“Therefore I have to be the best of me and work on it even more. I have to keep in mind that my dream is more important than anything else, and I’m one step away.”