TEHRAN (Iran) – Mohammad Jamshidi and Iran are used to rolling over their opponents. They was clear when they beat their first opponents in the FIBA Asia Cup 2021 Qualifiers by an average margin of 44.5 points per game.

That’s why it was a surprised when they found themselves struggling to ward off Saudi Arabia in a clash during the second window last November.

“We found them to be really tough team,” Mohammad Jamshidi said in a recent interview with FIBA Media. “They are a really good team and they have many good players. We expected an easy game, but it didn’t go like that and we had a close game.”

“Respect to them as a basketball team and I think we’ll have a tough game against them in the third window.”

Iran will be facing Saudi Arabia one more time in June for the final window of the Asia Cup Qualifier with all qualification spots from Group E still up for grabs. The matchup between these two teams already have a long, intense history and the next time they play will only add to the fire of this rivalry.

“I think they are really dangerous in transition, especially on offense.. They have two big centers who can really dominate the board for rebounds and I think this makes them dangerous.” 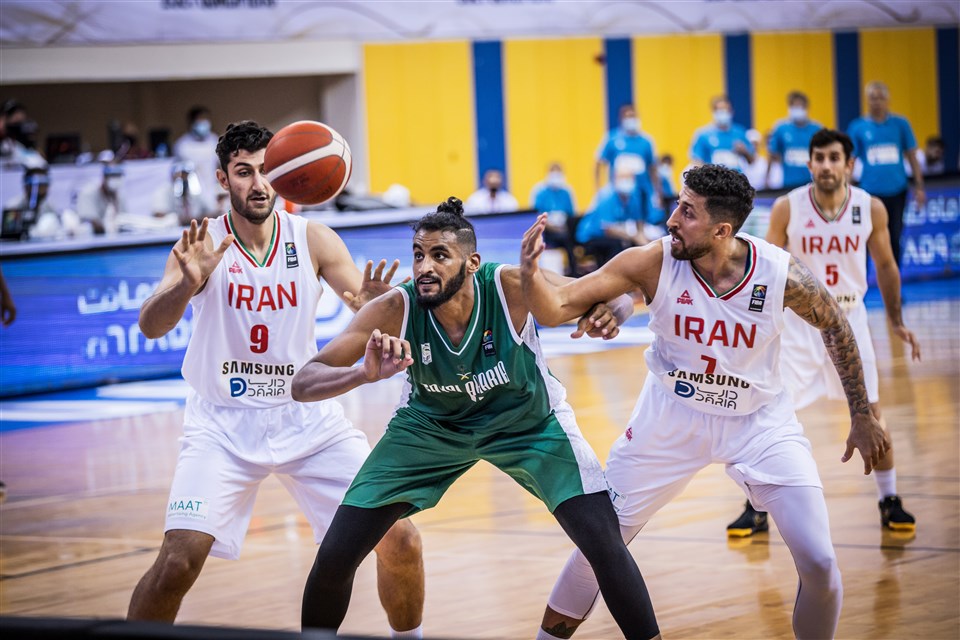 Fortunately for Iran, they had Jamshidi to help lead the way in that recent close game. Jamshidi finished with 19 points, his highest so far in the qualifiers, and made clutch plays to seal the deal for the Asia Cup 2017 Finalists.

“We just really want to win, that’s it. That’s all,” he explained. “We’ll do whatever it takes to win. We needed to just win the game. When we started the game, we were surprised how well they played and I think that there were many moments in the game, the game was just real close for us.”

“We just wanted to survive and win the game. It didn’t matter what we could do, score, pass the ball, defense, and whatever it takes. I didn’t really think about anything, just to beat Saudi Arabia that time.”

For Jamshidi, “whatever it takes” to help Iran get a win is usually scoring. The sweet shooting forward currently leads the team with 15.3 points and has been consistent from the start.

“I think I’m a scorer and I can really play pick and roll and feed the other guy. That’s what I can do in national team and also in my club right now. Coach and the other guys trust in me and give me the ball in the crucial moments when they need to score or create some offense. I think this is the most important part of my game.”

Jamshidi isn’t alone in providing the firepower for Iran. His teammate on the wing and longtime friend was also shooting the lights out against Saudi Arabia where he scored 27 points. The duo ended up combining for 46 points, more than half of Iran’s scoring total in that game.

“Behnam is my great friend,” he said. “We are so close outside of basketball, every day we talk to each other.” 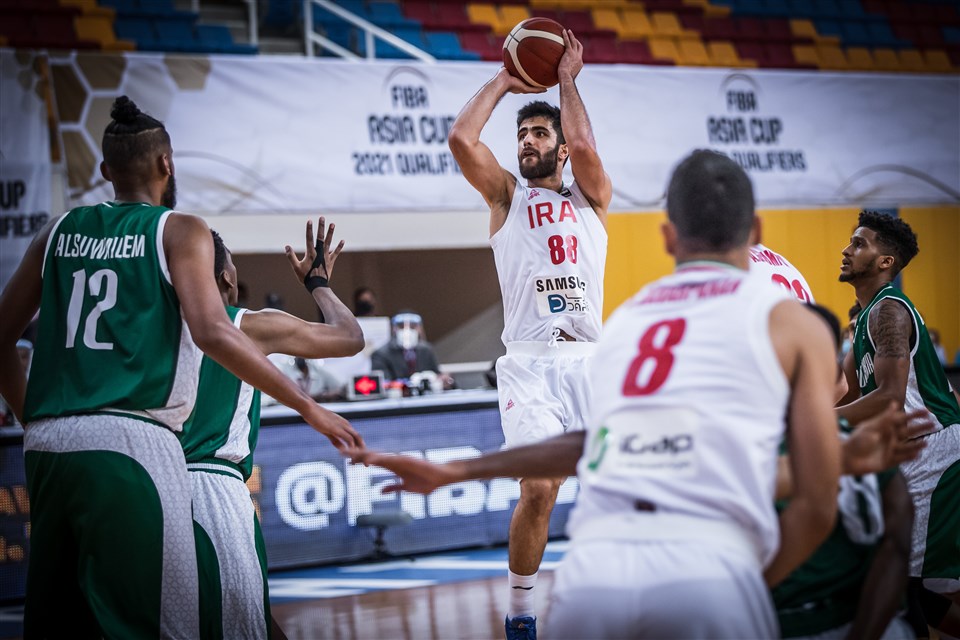 Other than sharing the rock and the backcourt on the national team, Jamshidi and Yakhchali also share a similar background. Both come from Shahr-e Kord, a small city that has produced many quality basketball players.

“I think when he came to the national team, I was there for 2-3 years already, and you could say at that moment that he would be a great player. As the time went on, we came to be in the starting five of the national team. It was the beginning of the serious start for both of us and I think it works.” 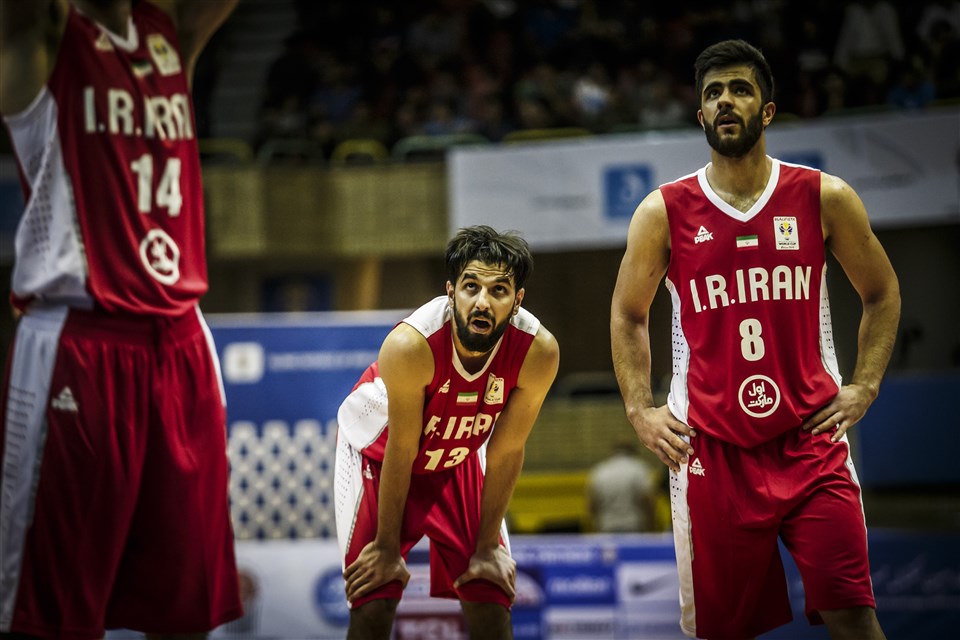 Both Jamshidi and Yakhchali were on the team at Asia Cup 2017 in Lebanon. There were part of the squad that powered their way to the Championship game. They were also on the court in the title game against Australia in which Iran suffered a 79-56 defeat.

“I think it was the first time we faced Australia,” Jamshidi said. “Australia is a beast in basketball and I think because we faced them for the first time, we were a little bit nervous.” 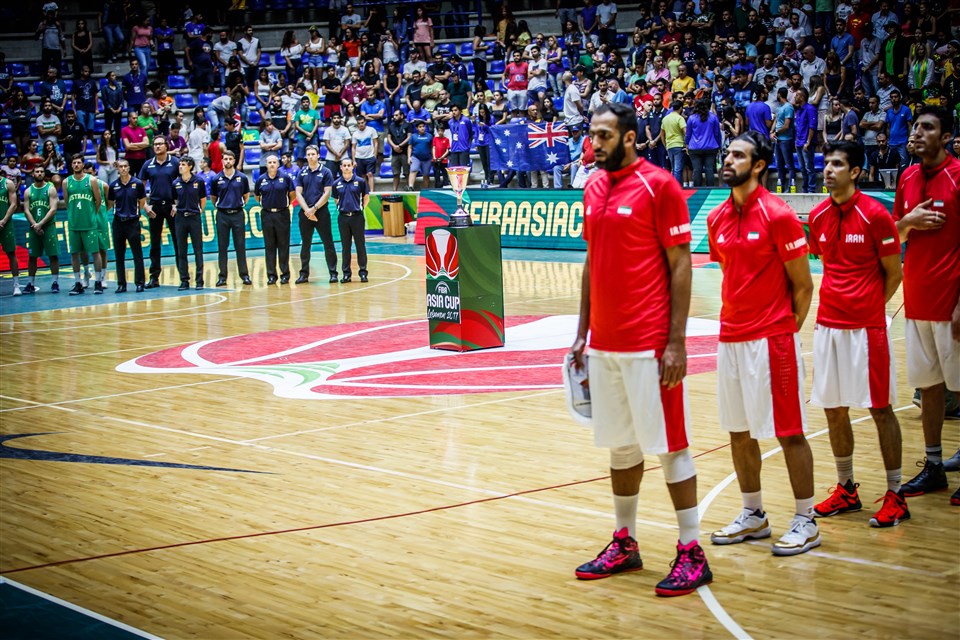 “Then, in the World Cup Qualifiers, we beat Australia in Tehran. I think it was all mental because now, we knew them. We know their basketball. Our stress level was much more down.”

Iran’s core from that run remains intact, so it will be interesting to see how many changes they will make in hopes of making it back to that stage… or even further.

“Maybe we have to just shoot better because all of the players are the same from 2017. I think we don’t have any changes but, as I said, I think that was just a mental problem for us. We were nervous for that game. We couldn’t make shots and, I mean, those were open shots. I can’t remember exactly about the game against Australia in the Final, but if we were just a bit more calm and relaxed, it would be a much better game.”

Regardless of how far Iran will be able to advance to through the Qualifiers and the Asia Cup itself should they qualify, it’s always amazing to take a step back and look at the basketball program they’ve built over the last two decades.

Players like Jamshidi and Yakhchali have been on the ride for Asia Cup title runs as young players. Now it’s their turn to take the steering wheel as leaders of this new generation of talent.

“We’ve been playing for like 5-6 years together. We’ve changed generations actually, as we have just two players that come from the – as they say – ‘Golden generation of Iran basketball’. The rest of the team are young players and we are in the same generation. It’s been 5-6 years of playing together and we have that confidence, especially in the Asia Cup, World Cup Qualifiers, and for the Asia Cup Qualifiers. We’ve played with each other so many times and this helps us to build our confidence and to play better with each other.”

On his part, Jamshidi has also grown into more of a leadership role as well. Aside from shooting the lights out when he’s on the floor, he also takes the younger players under his wing and teaches them valuable lessons that he grew up learning through the program himself.

“I’m trying to just help the players, not just on the floor but off the floor, too. To be a better teammate for the team, if you are on the bench and you cannot score, you can help the team. Help the team to the win anyway that we can, even if it’s just cheering for the other players, handing a cup of water or whatever it takes.”

“This is why we come together to help each other and achieve the goal that we have.”

It all boils down to the simple point that everyone has so much pride in being part of the team.

“It’s the highest honor for everybody to represent the country. Us as Iranians, we’re proud of our country. We love our country and I think anybody playing for Iran will have much pride and honor that they can represent this country.”