Looking back at Japan’s historic upset against…

OKINAWA (Japan) – The luck of draw had put Australia and Japan in the same group for the FIBA Basketball World Cup 2023 Asian Qualifiers. Here in the February 2022 window, the time has finally come for the two teams to clash.

These two teams have been among the top teams in Asia basketball over the past few years, featured at both the World Cup and Olympic games. That alone should make the upcoming game between the two teams one for fans to keep their eyes on.

However, this particular clash between the Akatsuki Five and the Boomers has a bit more history tied in, adding fuel to the fire that is the desire to win.

The last time that Japan played against Australia was back in June 29, 2018, also during the First Round of the World Cup Qualifiers.

The circumstances were a bit different, as Australia were rolling on a 10-game winning streak – counting their undefeated Asia Cup 2017 run. Japan, however, were not doing as well, as they had lost their fourth straight game in the previous window and needed to turn the ship around quickly to even make it into the Second Round.

The Boomers were the large favorites and with players like Matthew Dellavedova ready to play, there was little reason to doubt their chances of winning.

As Asia basketball fans all know today, the final score of that game was famously finalized at, 79-78. 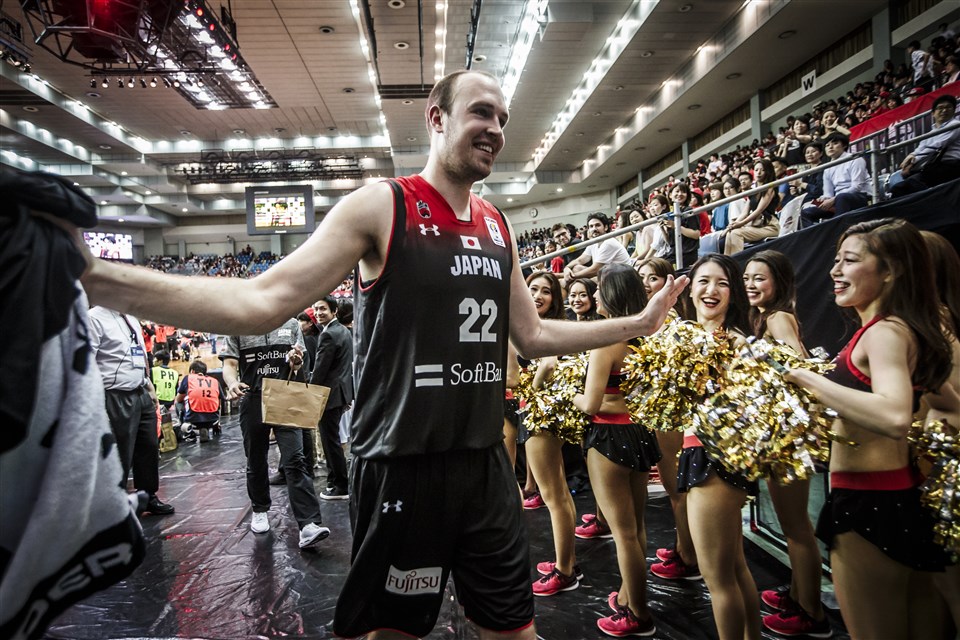 Riding the strength of their two new additions, Rui Hachimura and Nick Fazekas, in that game, the winless Japan were able to upset the undefeated Australia in front of their ecstatic fans.

“Australia is one of the best teams in the world, and I know people didn’t expect that we will win,” said Fazekas after scoring 25 points to go with 12 rebounds.

“That game was so amazing,” said Hachimura who had 24 points and 7 rebounds. “We put everything out on the court as we knew that it was a ‘do or die game.’ Australia have an amazing team and plenty of talented guys, so beating them was one of the greatest performances in our history.”

“It was a really amazing game. I am proud of the team and everything we’ve done,” said Fazekas.

It was a tight battle from start to finish, but in the end, Australia weren’t able to overcome their slow start. Shooting only 34 percent obviously didn’t favor the Boomers as well, but the losing side was not shy to give credit where credit was due.

“It was a tough one for us tonight,” Dellavedova admitted. “we didn’t play very well on either end, but you have to give Japan a lot of credit.

“They played really well, knocked down shots, and the big fellas played well so you have to give them credit.”

The win proved to be what Japan needed. From there, the Akatsuki Five blasted off to an 8-game winning streak to qualify for the World Cup. Since 2018, Japan have been considered as one of the rising national teams in Asia building up to the World Cup in 2023 where they will be co-hosts.

The result of this game spoke more volume about how good Japan was rather than how it was a loss for Australia. The Boomers continued to be a force in the basketball world, making it to the Semi-Finals in the World Cup and winning an Olympic bronze medal in Tokyo.

Still, it proved that the gap between Australia and the rest of the competition might not be as wide as initially thought as proven by following losses to Iran (in the Second Round of the 2019 Asian Qualifiers) and New Zealand (in the Asia Cup 2022 Qualifiers).

Three years and a half later and here they are again.

The setting is still the World Cup Qualifiers in Japan, though this time in the city of Okinawa leading up to World Cup 2023. Playing at home was a key factor for Japan’s win in their last matchup, and they’ll have that same advantage here in the rematch.

“It feels good to play home, and it feels better to win at home,” Hachimura said of the 2018 classic clash. “It is very nice to play at home, as you feel the passion and the crowd pushing you for the win. This game against Australia was one of the most intense I have played at FIBA level, and to share the happiness of winning this great game with our fans was such a great moment.”

Japan head into this window without a win yet again after losing to China twice last November, However, there might be less pressure on Japan this time as they have already qualified as co-hosts of World Cup 2023. In any case, no team wants to lose a home game, so fans can expect Japan to aim for a repeat of an upset.

For the Boomers, the team is riding a wave of good vibes after securing their first ever Olympics medal here in Japan just less than one year ago. They’ll be showcasing a relatively younger and less experienced squad compared to back in 2018, but there should still be plenty of talent for coach Rob Beveridge to utilize.

Expected to be in the spotlight for Australia is Nick Kay who was a part of the team in the 2018 encounter. Kay was also a part of the Olympic bronze medal squad and has also been playing in Japan for the past few years.

While the circumstances will be different, the history is still there as well as the competitive spirit of both teams have always been strong and present.

Who will win this rematch?