CLARK CITY (Philippines) – Korea rebound to beat Indonesia as China takes care of Chinese Taipei in the action today from the Philippines bubble of the FIBA Asia Cup 2021 Qualifiers.

As a result of Korea’s win over Indonesia, both Korea and the Philippines clinch direct qualification tickets to Asia Cup 2021.

Korea had to quickly regroup after their loss the previous night to the Philippines and hit the ground running against Indonesia. They started the game off in a similar fashion with a 12-0 run, highlighted by a barrage of triples from their shooters.

This time around, however, they were able to hold on to their double-digit cushion all the way up until the final buzzer, 104-81.

It was another magnificent game for Lee HyunJung who followed up an impressive outing in his debut against the Philippines with 21 points on 4 three-pointers to go with 9 rebounds, 2 assists, and 2 blocks. Four other players scored in double-digits including Ra GunA (23 points), Kim Nakhyeon (14 points), Yeo JunSeok (12 points), and Lee SeoungHyun (10 points).

Despite the large deficit at the end of the game, Indonesia never gave up throughout the course of the game. The Asia Cup 2021 hosts even clawed their way back to being down as little as 8 points in the second half.

However, there was not enough firepower left in their tanks as Korea ran away with another late-game burst.

Lester Prosper provided the bulk of the scoring for Indonesia as expected, totaling for 25 points to go with 13 rebounds and 3 assists. The guards also provided some additional support with Abraham Damar Grahita scoring 16 points and Hardianus Lakudu putting in 12 points off the bench.

China then claimed a second straight victory in their matchup over Chinese Taipei, 114-66. The 16-time Asia Cup champions were quick to attack and jumped out to a 37-16 lead in the first quarter and never looked back. They impressively shot 57.65 percent as a team from the field and got everyone on the scoreboard en route to the victory. Three players tied as the team’s leading scorer at 16 points, Lu Wenbo, Liu Chuanxing, and Wu Qian. 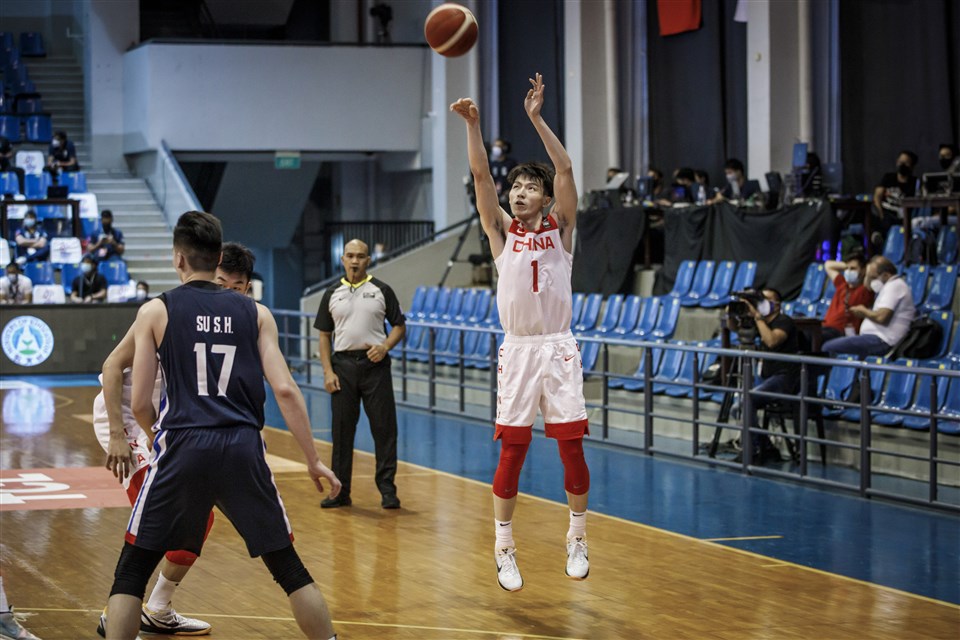 Chinese Taipei tried to fight back with their youthful squad but the size and experience of China were too much.

Hsieh Ya-Hsuan led the team with 25 points while shooting 7-9 from beyond the arc while Li Han Sheng added 11 to his name.

China is now 2-0 in Group B of the Qualifiers while Chinese Taipei drops to 1-2.

Don’t forget to download the FIBA Asia Cup application from the Apple App Store or Google Play to stay on top of all the action.

China Loses By One Point To Open The Stankovic Cup