Is national team debut next for Zhang Zhenlin…

BEIJING (China) – Playing in the Chinese Basketball Association (CBA) Finals for his hometown team, Liaoning Flying Leopards, was probably not something Zhang Zhenlin had foreseen in his near future. However, judging by how Zhang has made most decisions in his basketball career, it really isn’t that surprising.

“I really want to do something that people haven’t done,” Zhang told The Athletic back in 2018. “I want people to remember me. It’s hard sometimes — it can get really tough. But I always remember how many people believe in me and want me to reach my goals and that makes me keep going.”

I want people to remember me – Zhang Zhenlin

Back then, he was embarking on his basketball journey in the United States. Following a standout season at the high school level, Zhang earned himself a scholarship at Tulane University and was starting to make some noise as a rising athletic forward.

Zhang was blazing a trail not may youngsters from China had taken and the future was bright.

Then, after a series of events and circumstances that effected the whole world in 2020, Zhang made the decision to once again “do something that people haven’t done”.

In June 2020, it was speculated that Zhang would sign with the Liaoning Flying Leopards in the CBA. He had played for Liaoning in previous youth tournaments and his mother is a Chinese basketball legend from the province. 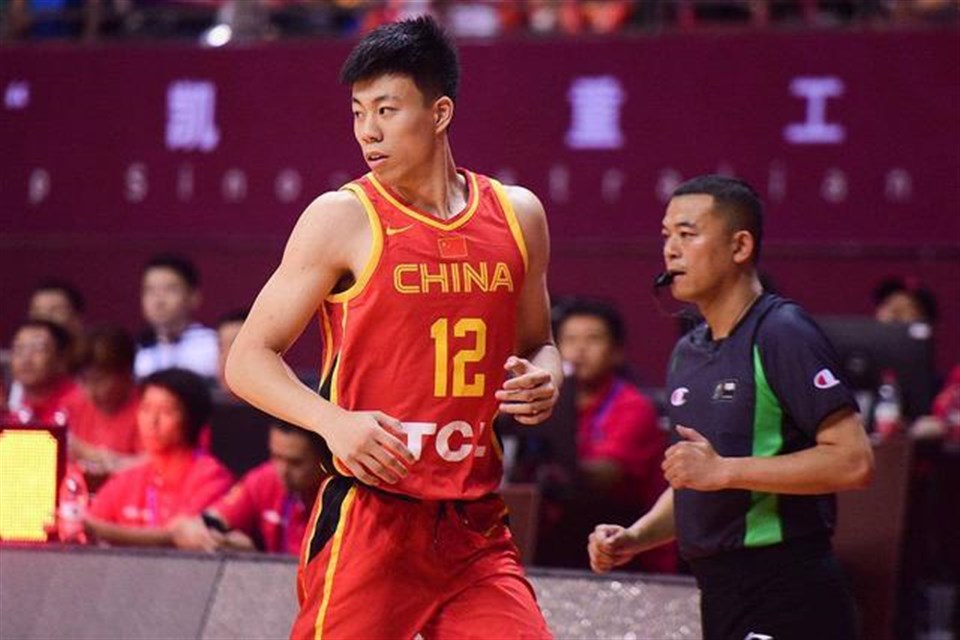 Now, he would get his chance to make a name for himself – and his hometown – even if it was not exactly according to plan.

Zhang Zhenlin barely had any difficulty transitioning from playing in the NCAA with Tulance to playing with Liaoning in the CBA. For him, it’s a familiar atmosphere.

“I have been training in the Liaoning team’s stadium since I was a child, and sometimes I shared the venue with the senior team. It should be said that I grew up under the wings of these big brothers. They have taken care of me so much since I was a child,” Zhang said, as reported by Chinese media.

Right off the bat, Zhang recorded a double-double in his debut with 13 points and 11 rebounds. Early In March, he notched a career-high 46 points against the defending CBA champions, Guangdong Southern Tigers, in an overtime win. Later in the month during the All-Star Weekend, Zhang was named the MVP of the CBA All-Star Rookie Challenge, was the first rookie ever in league history to be named a starter on the All-Star team, and led all players in scoring at the main event.

It was nearly a perfect season for Zhang as he and Liaoning made it all the way back to the Finals to face Guangdong for a second straight season. The super rookie put the team on his back in a Game 2 win, forcing a deciding Game 3, with 24 points and 7 rebounds.

“During the regular season, I was always worried about the intensity of the playoffs. Later I found that the intensity was not bad. It was just a matter of my own mentality,” Zhang said at the end of Game 2.

“Today I am calmer on the court, and calmer at the last moment.”

Unfortunately, Liaoning could not withstand the force that is Guangdong and finished as runners-up for a second straight season. Nonetheless, the fans can be consoled in knowing they their team has one of the best rising prospects in the country in Zhang.

The 2.08M (6’10”) forward ended up as the CBA Rookie of the Year with averages of 13.9 points and 5.7 rebounds per game. He was also among the key candidates for the Finals MVP award, even as a player on the losing squad.

It might not be exactly how he planned it to be, but people will surely remember his rookie season playing professionally in China. The next step that fans are now expecting from the 22-year-old phenom is playing for the senior men’s national team.

Zhang has come close to making his debut, as he was already part of the training camp roster for FIBA Basketball World Cup 2019 before being one of the last cuts. Now there’s no doubt that the massive wave of Chinese basketball supporters can’t wait to see him in action in the legendary red jersey of the national team.

Whether it will be at the Asia Cup Qualifiers or even if at the Asia Cup in Indonesia later this year should China qualify, it should be a guarantee that Zhang Zhenlin will be ready to put on a performance to remember for Asia Cup fans.