TAIPEI (Chinese Taipei) – Shih Hsin University and Jack Danielle Animam were named champions of the University Basketball Association (UBA) in Chinese Taipei after breezing through the competition without a single loss. 18 games. Undefeated.

What’s just as interesting than Shih Hsin’s road towards glory is the story of Animam, their star player.

She stood out by being one of the most productive players in the league. Animam led all players in rebounds and ranks top 8 in points, steals, and blocks. Shih Hsin didn’t rely on any specific player, but there’s no doubt that they expected a lot out of Animam nonetheless.

However, Animam is not your typical UBA star. Aside from shouldering the responsibility of leading Shih Hsin, she also bears the weight of being the face of women’s basketball in the Philippines.

The 1.95M (6’5″) center has been a rising star in the Philippines for more than half a decade and has continued to show off her potential in Chinese Taipei.

“It is an honor and a privilege, of course,” Animam said about playing in Chinese Taipai and representing the country in a recent talk with FIBA.basketball.

“The important thing is that, I feel responsible. Playing here [in Chinese Taipei] is bigger than me. I have to show others that Filipinas can ball, too.”

Animam has certainly showed that at least one Filipina can ball. And she’s been enjoying her time playing in a foreign country.

“I’m very much enjoying my time here,” she said. “I was able to settle quickly because everyone is just so welcoming and I think the fact that I’ve been here several times before make it easy for me. Whenever I have a free time, I always try to go to different places and trying out good restaurants.”

“When it comes to the game, I think the physicality is very different. To be honest, I get frustrated with myself during the easy games, I hate getting into foul troubles especially in the first half. But now I think, I’m well-adjusted to the game.”

Well-adjusted might even be a bit of an understatement.

In the Final, Animam put in 17 points, 16 rebounds, 3 steals, and 1 block to claim the trophy in her first year playing abroad.

With an undefeated record and mind-boggling stats, it’s no surprise that she and the team have been receiving much attention from the media. Multiple game recaps and features have been written about Animam in the Philippines basketball media over the past year and it’s a big positive step in the right direction for women’s basketball in the country.

It was only a couple of years back when Animam emotionally expressed her frustration about the lack of support for women’s basketball in the Philippines at the FIBA 3×3 World Cup. She’s helped paved the way to a promising future since, but also knows there’s a lot more to accomplish.

“I always say that exposure is important, so I was really happy seeing more media and press coverage for women’s basketball and female ballers.”

“Definitely looking forward for the first season of our pro league.”

Animam had initially avoided playing basketball because of the gender stereotypes that were widely believed, but at the persistence of her high school teacher, she tried it out. She eventually fell in love with the game and it became a part of her life.

“What I loved was the after training, bonding with teammates,” Animam told SLAM Philippines back in 2018. “This is something you cannot learn inside the classroom. The group, they love basketball not only because they like the sport but because of their teammates and the family they have formed.”

In 2015, at the age of just 16 years old, Jack Animam made it to the senior national team and played at the Women’s Asia Cup Division B. 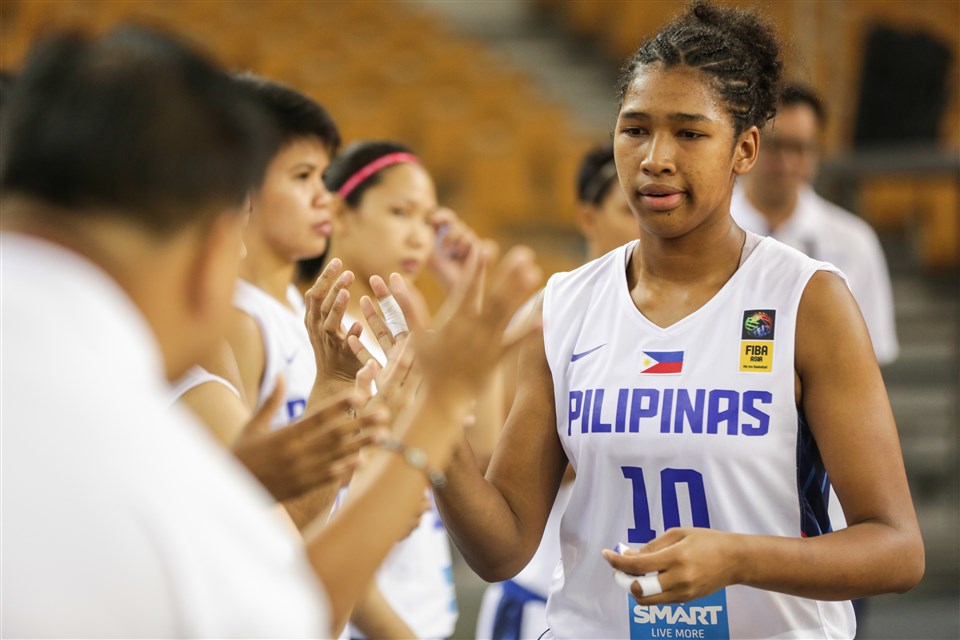 “It was pretty overwhelming,” she said of the experience. “When they announced who were on the lineup that year, I couldn’t believe that I was seeing my name on the list. I was jumping up and down because of happiness, and that even though I was the youngest, my work had been noticed by the coaches.”

From there, she’s been a staple of the national team in each event.

“Being the face of the Philippine women’s basketball never crossed my mind. When I get to play for Gilas, the priority is to get better so I can help the team and our sport.”

It’s that laser-focus that has allowed Animam to develop and blossom into one of the most promising young talents in Asia. It is also not a surprise where she adapted that mentality from.

“I am a big fan of Kobe Bryant,” said Animam of the late global icon.

“I watch his games and interviews to be motivated, especially when I’m in a tough situation. The way he plays and, most importantly, the way he trains. His mentality and work ethics are very inspiring. Because of him, I learned to give my best in each game, in each training session. No matter the results are, if you give your best, there won’t be regrets.”

“When he retired, his works to elevate women’s basketball showed me how much he loved this sport.”

“I hope that we don’t have to fight for a place in this sport. If a girl wants to play ball, I hope she does it without the hesitation and the fear of being rejected. In the future I hope that Basketball can be a sport. Not a sport only for men, but for anyone who wants to play and love the game.”

Communications and media workshop concludes in…