TOKYO (Japan) – It was a tough act to follow after 3×3’s unforgettable Olympic debut but day two proved equally memorable after another dramatic slate of games.

Powerhouses Serbia (men) and USA (women) incredibly are the only teams who remain undefeated to underline the depth of talent in Tokyo. Only China are winless in the men’s, while Romania and Mongolia have not broken through in the women’s draw.

Just like on day one, Dusan Bulut earned himself a spot once again on this list with a 13-point explosion against in-form Belgium.

The 2-time FIBA 3×3 World Cup MVP  took his game to another level after he was blocked emphatically by Rafael Bogaerts. He then poured in the buckets to power Serbia past Belgium as he toyed with the defenders.

When he’s in that mood, Serbia are almost invincible.

China have had a tough start to the Olympics and are the only winless team in the men’s draw.

But the towering Jinqui Hu did his best in a one-man show for China with an incredible  17 points on 13-of-14 shooting. to keep his team afloat against a confident Netherlands team.

But his teammates scored just one point combined as the Netherlands won 21-18.

It will take some beating.

17 points in ONE game for China today! When will this record be broken!?#Tokyo2020 #3×3 pic.twitter.com/O3Q2vnUAav

After a quiet game against Mongolia, where she took a back seat to a red-hot Kelsey Plum, Allisha Gray stepped up when her team needed her against Russian Olympic Committee (ROC).

USA were struggling against a determined ROC in a top of the table clash but Gray kept her team in it with brilliant defense at the rim. She hit crucial buckets down the stretch to complete one of the best all-round performances so far in Tokyo.

The pressure had increased on the host after they lost 3×3’s historic Olympic debut against ROC.

But that feels like a long time ago because Japan are undefeated ever since, including day two wins against Mongolia and No.1 seed France.

Japan swept past Mongolia 19-10 before claiming the big scalp of France in a gritty comeback victory.

The home team looked in trouble early before clamping down on the struggling French to claw back into the contest. Japan then hit clutch buckets, especially 21-year-old Mai Yamamoto who is playing like a veteran.

Japan are having contributors across the board and this confident team loom as a genuine contender.

The No.1 seed were incredibly the only men’s team undefeated after day one and they maintained their perfect record after knocking over dangerous opponents Poland and Belgium.

Against Belgium, who have become a 3×3 force in 2021, Dusan Bulut aka ‘Mr Bulutproof’ was back to his brilliant best in a 13-point explosion to prove no one can stop him when he’s firing.

Serbia are inching closer to automatically qualifying for the semi-finals, which is given to the top two teams in the pool stage.

No.1 France have been the disappointment so far having just one win from four games – a narrow 19-16 victory against Italy.

That was hoped to give them confidence entering day two but France slumped to losses against Japan and China.

They look out of sync at the moment, particularly No.1 ranked player Laetitia Guapo who has scored just 11 points from 4 games.

With Guapo and her partner in crime Migna Toure struggling, Marie-Eve Paget has picked up the slack and France have only looked dangerous when she has the ball.

France will need to rediscover their best quickly before it’s too late. 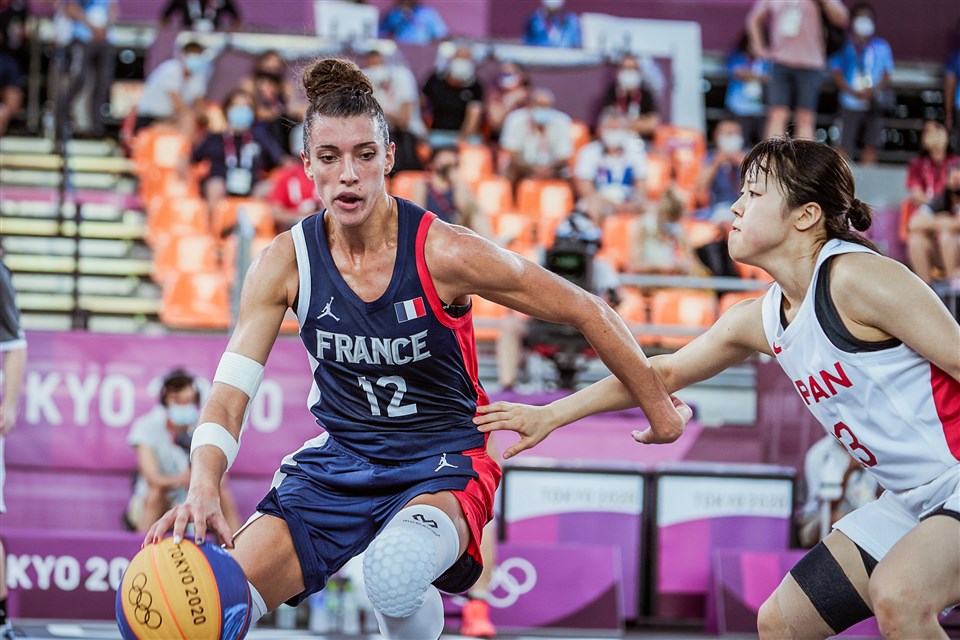 Things are set to go into overdrive on the all-important day three, which is the halfway mark of the competition as teams fight for spots in the knockout stages.

Games to keep an eye out for include a mouth-watering clash between rivals Serbia and Lativa (men) and Russia vs France in the women’s.

Prastawa expects ”the energy will be through the…