SENDAI (Japan) – China takes card of business with an explosive start to beat Japan in their first game of the FIBA Basketball World Cup 2023 Asian Qualifiers, 79-63.

The visitors held Japan to only 2 points in the first 8 minutes of the game, resulting in a 19-2 start and never looked back en route to the win.

The name of the game early on for China was “Go to Zhou” as they continuously went to their size advantage and big man Zhou Qi for their offense. However, Zhou had to leave the game early in the second half, but not before posting up 24 points on 11-17 shooting, 12 rebounds, and 3 blocks.

It was not only the big men that went to work for China. Star guard Guo Ailun matched Zhou Qi with 24 points, doing so by shooting 10-19 from the field and making 4 three pointers.

China had no problem dominating the boards with a 53-34 advantage on the glass against Japan.

The home team rallied from being down by as much as 30 points with a 10-0 run in the fourth quarter, but the gap was too big to overcome.

Tom Hovasse was able to distribute playing time among all of his players who all put points on the board in this game. Former youth national team standout Yudai Nishida led the way for Japan with 11 points and 3 three-pointers in the loss. 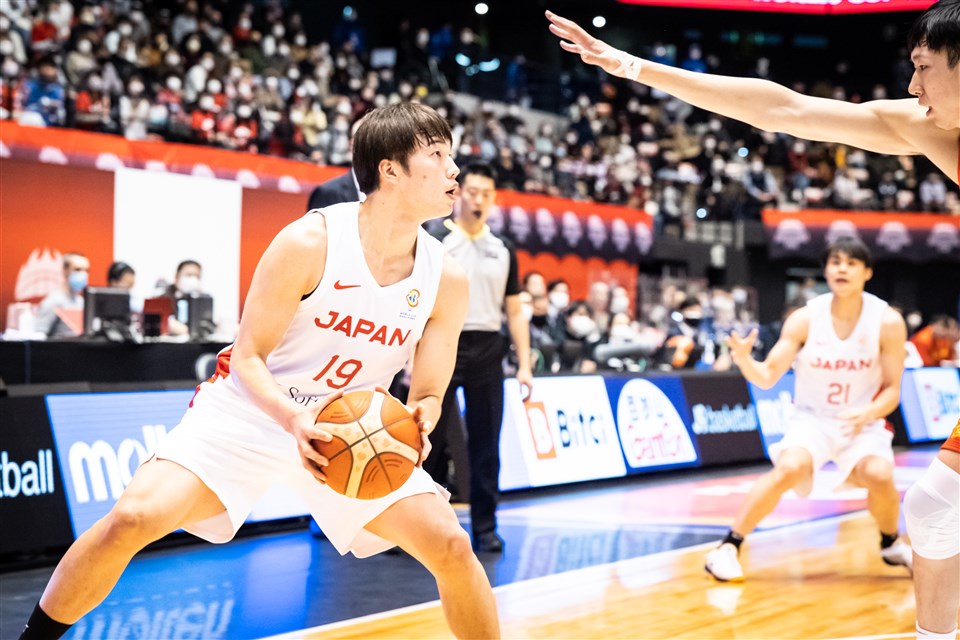 Both teams will take a day’s rest before gathering again tomorrow, 28 November, for a rematch at 6:35 PM (GMT +9) at the same venue.