JAKARTA (Indonesia) – Time flies when you are a rising prospect in the world of basketball. You can be riding the pine and playing in spare minutes one day and, before you know it, the next day you’re making history as one of the most hopeful young stars in the country.

That is the fast track the Derrick Michael Xzavierro, one of Indonesia’s most promising talents, has been on in the recent years.

“I want to see the red and white flag fly among the flags from around the world.” 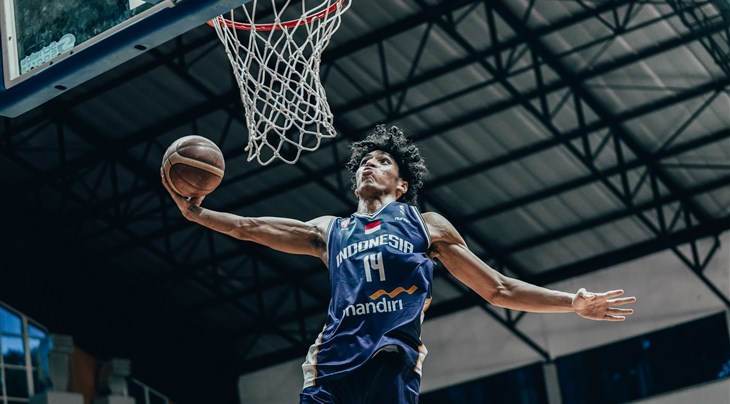 It doesn’t feel that long ago since Xzavierro made his senior national team debut on February 20, 2020 in the last minutes of Indonesia’s FIBA Asia Cup 2022 Qualifiers game against Korea. He had already been generating buzz just by being on the team as a 16-year-old. Seeing him get on the court in a game got the Indonesia basketball fans excited.

“A lot happened after Window 1 of the Asia Cup Qualifiers. I only got a few minutes at that time because maybe I was the youngest player – I was 16! – and it was my first time playing in a FIBA competition, too, ” said Xzavierro of his debut. 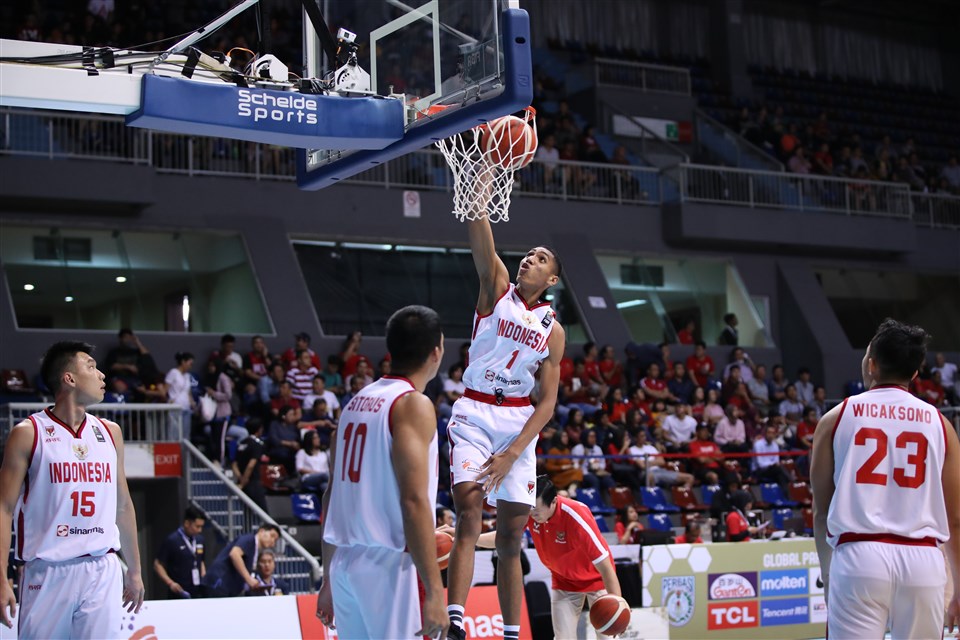 “I was nervous but not scared. “

Since those precious first minutes playing for “Timnas”, Xzavierro has been embarking on quite a journey. The 19-year-old has spent most of his time since Window 1 of the Asia Cup Qualifiers in Canberra, Australia at the NBA Global Academy, being the first Indonesia to join any of these academies.

The NBA Global Academy boasts alumnus like Josh Giddey and Lee HyunJung and Xzavierro most certainly hopes that he can also develop in a similar trajectory.

“A lot, ” Xzavierro said of what he’s learned from this experience. “The NBA Global Academy is really developing players in a structured program and environment focused on skill development and promoting positive values such as integrity, teamwork, respect and determination. “

Attending the academy as a teenager in a foreign country was certainly not easy. That’s why Xzavierro expressed how thankful he was for the experience and showing gratitude to all his supporters when talking about his time there whether it was the coaches, staff, and his friends.

His biggest supporter, and one that he specifically singled out, has been his mother.

“I thank my mom for always being there for me, ” he said. “No matter where I go, my mother’s voice always brings me home. We always pray together on the phone. “

The young big man wasn’t specific about what he and his mother prayed for, but was more clear about the big blessings he’s received over these past few years.

The 2.03M (6’8″) center noted his opportunity in Australia as the first blessing, while the second blessing being an NCAA Division 1 scholarship with Grand Canyon University (GCU).

“Derrick is going to be a fantastic addition to our basketball program and campus,” GCU head coach Bryce Drew said of Xzavierro, as per the school’s website. “He epitomizes what we look for in a student-athlete. He has high character and great basketball ability.”

“This scholarship means a lot to me as I’ll not only have the opportunity to broaden my horizon, but I will also face new challenges and eventually improve my skill,” said Xzavierro.

More than being a personal achievement, Xzavierro’s scholarship in NCAA D1 also means that he’ll be making history as the first homegrown Indonesian basketball player to play at that level. It’s a big accomplishment without a doubt, but one that comes with a heavy load of responsibility which the youngster is aware of.

“To be exposed to this and to make history would be an invaluable experience. Myself, I am beyond proud to be the first homegrown Indonesia player in the NCAA, ” he said. “But that also means I am carrying the big responsibility of representing my country. “ 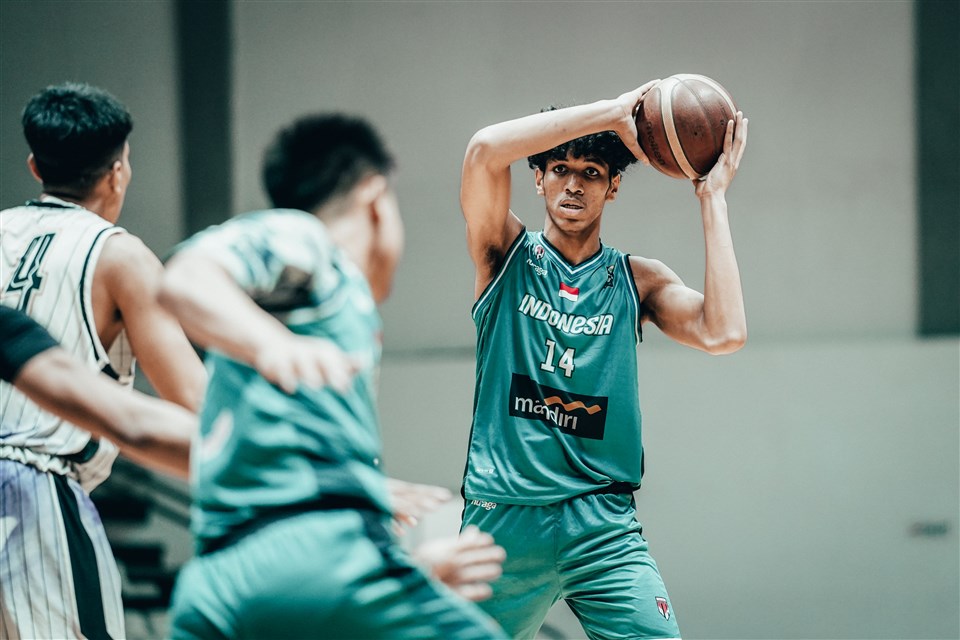 “I still have to develop and improve my skills by training, exercising, and maintaining the physical and mental stamina. I want to learn everything in GCU. “

Coach Drew is just as excited as his incoming recruit for next season.

“After he competes for his national team this summer, we will be excited for his arrival on campus,” said coach Drew via the GCU website.

That’s right. Before heading off to the USA to go on a path that no other homegrown Indonesian has gone, Xzavierro will first be expected to put on the national team jersey and play in upcoming major competitions.

The main highlight will, of course, be FIBA Asia Cup 2022 which will be played right at home in Jakarta. For the first time since 1993 in the Asia Cup, Indonesia basketball fans will be able to root for their national team heroes right in their backyard. There’s no doubt that they’ll be looking to shower their rising star Xzavierro whenever he takes the court.

Adding in to the excitement, there’s a bit more on the line for Indonesia at this upcoming Asia Cup aside from playing for the Trophy. At this Asia Cup, Xzavierro and co. can also clinch their spot at the FIBA Basketball World Cup 2023 where they are co-hosts along with Japan and the Philippines, but only if they can make it through to the Quarter-Finals of the competition. 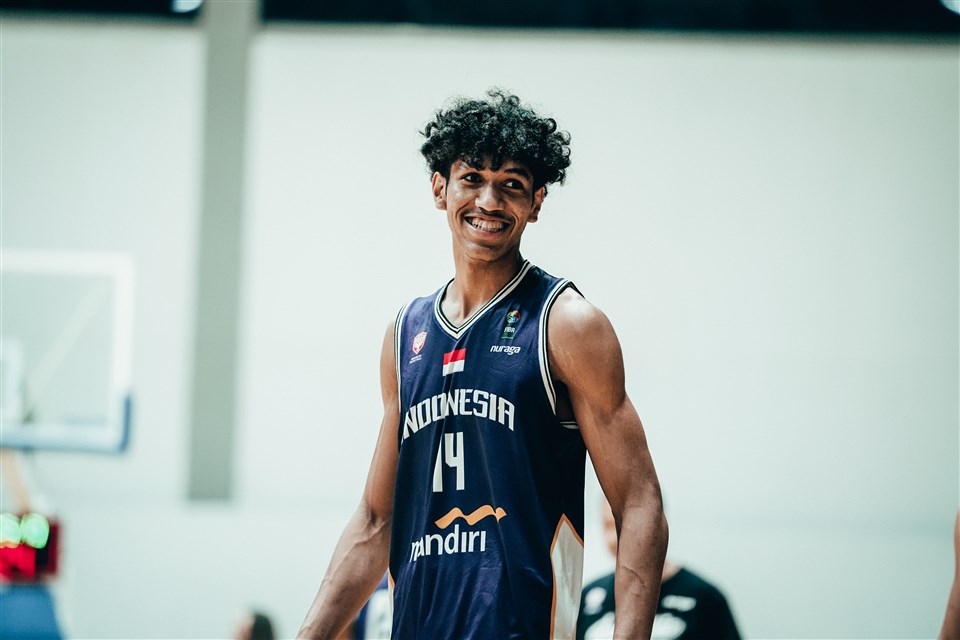 That mission will be far from a walk in the park as Indonesia were placed in Group A along with Saudi Arabia, Jordan, and defending Asia Cup champions Australia. It will be tough, but if Xzavierro can pull it off, he could make history again by helping Indonesia play in their first ever World Cup.

“I hope I could give the best of me to Indonesia, my country. I want to see the red and white flag fly among the flags from around the world.”