SEOUL (Korea) – Korea are undoubtedly one of the most recognizable teams in the Asia Cup, having never missed an edition of the competition. They are on track to extend that streak with a 2-0 record so far in the Asia Cup Qualifiers.

There are still plenty more games to be played for Korea, but as of the moment, the path to another Asia Cup berth looks bright.

We checked in with our experienced experts/commentators Jeff Taylor and Josh Bett for their insight about Korea. Jeff has been a journalist since 1990 and has been covering the international basketball scene since 1996. Josh is a multilingual rising star as an international basketball commentator who is ready to hype up any exciting plays to the max.

Korea have long been one of the best teams in Asia Cup history. What has been your impression of them so far through the Qualifiers? 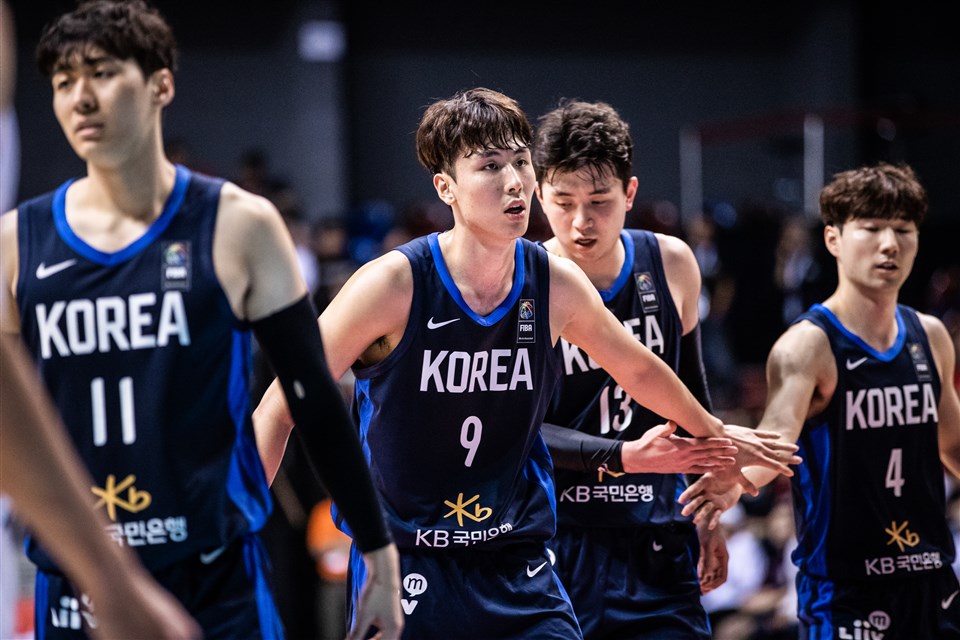 JT: They were clearly going to beat Indonesia and Thailand, and they did. Those games were more than a year ago so those performances are fading in the memory. They were typical Korea wins, though, with balanced scoring, getting open looks from behind the arc, and several players connecting. They did not have to work as hard on defense as they did at the FIBA Basketball World Cup when they lost four of their five games.

JB: Korea basketball never fails to disappoint the international basketball fans. Korea has consistently shown their excellence in their games against both Indonesia and Thailand. I think the one thing that the FIBA Asia Cup qualifiers has taught us about Korea is the depth of upcoming players ready to step up for the national team.

What is Korea’s bottom line for the upcoming 2021 edition should they qualify?

JT: Korea absolutely have to aim for a spot on the podium. If they play well but fall in the Semi-Finals and the Third-Place Game, so be it. To not reach the last four, as they did at the last Asia Cup when finishing third, would be a setback.

JB: Korea must be competing for a medal. We know how competitive this FIBA Asia Cup is going to be with China, Japan, Australia, New Zealand, the Philippines, Lebanon, Iran, and Jordan. The Korea national team lead by coach Kim Sang Shik knows that their expectations will be to finish in the top three whether that is first, second, or third.

The bottom line is simply for this national team to leave Indonesia with some silverware. 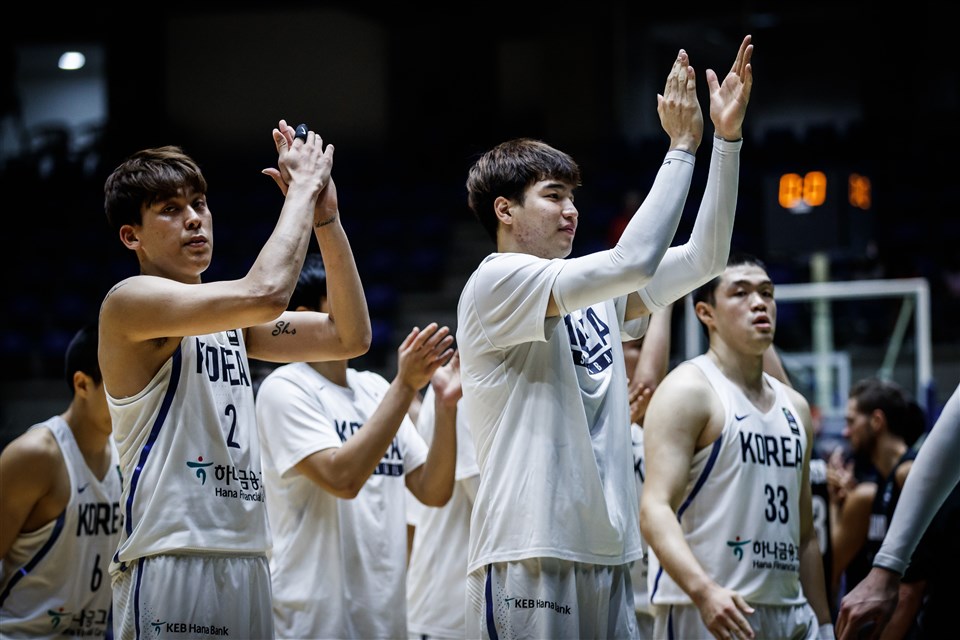 Korea have 2 Asia Cup titles, have never missed an Asia Cup ever across all 29 editions, and have finished on the podium 25 times. What can you say about their legacy?

JT: Asia Cup 1997 was a long time ago. That was the second, and last time, this country captured the title. However, Korea have consistently been a team that has challenged for a spot on the podium and this is a fact that everyone in the country should be proud of. Since the addition of 2017 winners Australia, and New Zealand, to the competition, it’s gotten harder to be a top three team but this will force Korea to work even harder, which is a good thing.

JB: 25 medals in Asia Cup history exemplifies that Korea is a basketball power house. We have seen them compete with some of the best from other basketball nations worldwide. I hold Korea in high regard for being a team that sets “high expectations” for themselves. What I mean by this is that they are a team that are consistently expected to be in the top 3. This goes with the territory of being a powerhouse basketball nation and the Korean Basketball League (KBL), along with the high school and university development pathway, deserves a lot of credit for providing a solid program that turns talented young players into professionals.

Look at Ha Seung-Jin who is arguably one of their greatest players of all time. He was member of the team that the bronze medal in Wuhan in 2011, it goes to show that even without a top player like him, they were still competing at the top in the semi-finals and winning bronze in both 2013 and 2017 Asia Cups. 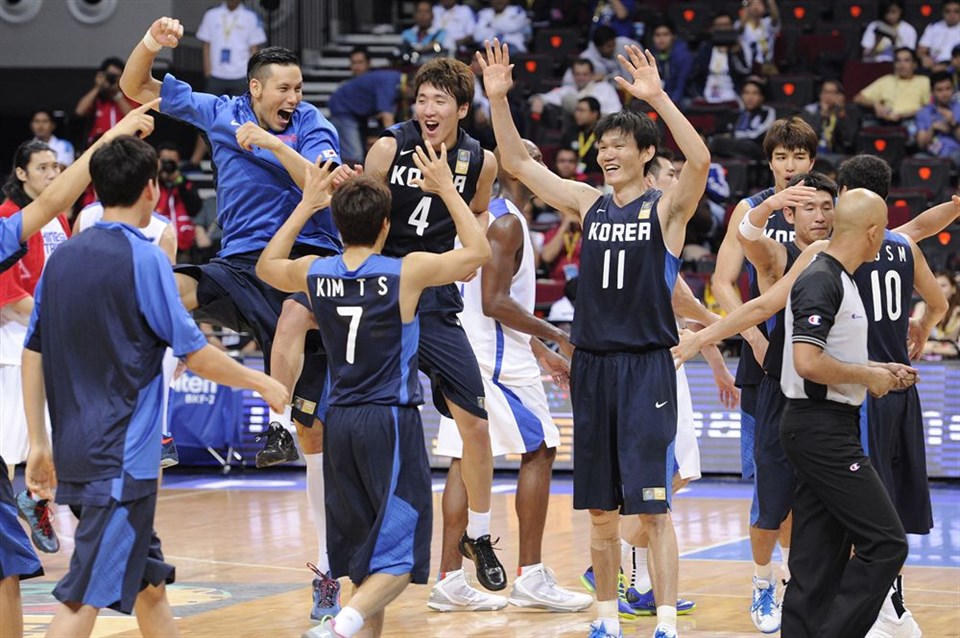 Despite Korea’s lengthy and illustrious Asia Cup history, no team is perfect. What do you think they still need to improve on?

JT: Any team can get better in every single aspect of the game. Because of the small sample size in the Asia Cup Qualifiers, and the opposition, it’s difficult to give a real assessment of Korea’s needs.

Instead, I’ll look at a game they could have won at the World Cup 2019 against China, when Korea had a late, one-point lead but lost to their Asian rivals before a packed, partisan crowd. Korea turned the ball over four times – in key situations! I think the guard play was lacking. So Korea must be aggressive but not turn it over. On defense, they also gave up a crucial dribble-drive layup in the half-court when help defense didn’t arrive. This was one game yet it was on a GIANT stage against real opposition so I do think you can learn something.

JB: There is always something that all the great teams need to improve; and I can sit here all day and pay homage to their strong perimeter shooting and disciplined team defense. However, Korea’s area of improvement is going be how well they match up and breakdown the best teams. You look at some of the top players that we will see in the Asia Cup and I think Korea will need be able to break teams on defensive collectively. Korea’s offense is perfect for their style, they play for the highest percentage shot. If they can ensure that their defense contains the top players on each team and force them into low percentage shots, then their offense will take care of itself.

One of Korea’s strengths is how well-rounded and leveled out throughout the roster they are. That doesn’t mean that they lack star-power. Who has been the brightest to shine for the national team? 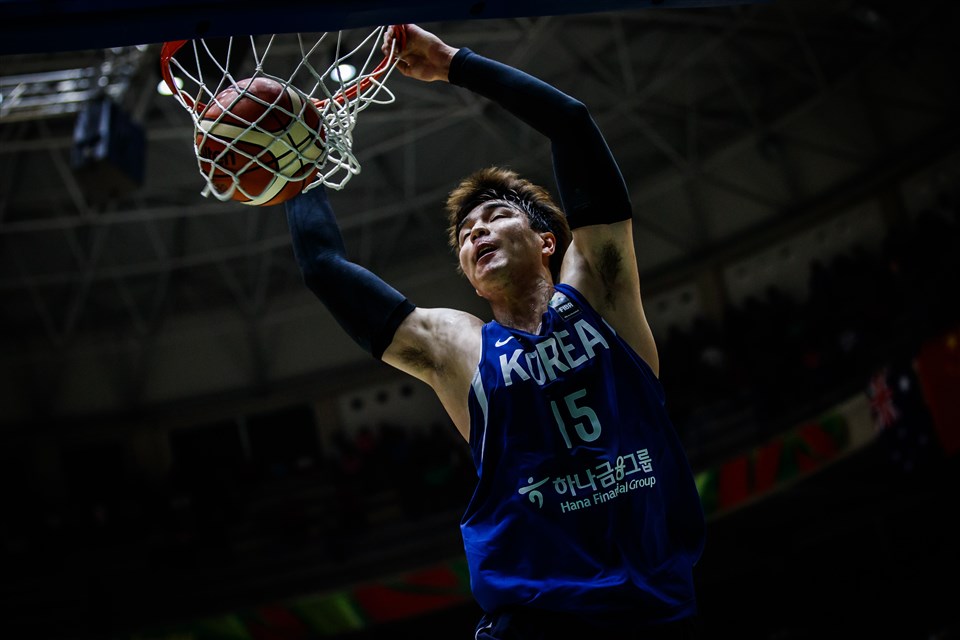 JT: Kim JongKyu was a steady performer in the two Qualifiers wins, both in terms of scoring and rebounding.

I like him so much that I’m going to add some more. He plays to his skillset and doesn’t try to do things he should not do. I also find him to be a good player in tight games. Hence, a good moniker for him is Kim Jong “Right on” Kyu. (Get it? Right on cue?)

JB: Kim Jong Kyu is phenomenal. In fact, he is so much fun to watch because he dismisses this notion that today’s game is all about small ball and the three-point shot. He is very aggressive at establishing his position in the low post, and he immediately identifies when to take advantage of a mismatch. I have enjoyed watching his play so much.

Kim Jong Kyu is the Hammer, if you don’t box him out he will come up with an offensive rebound and hammer it home.

Korea has also been pushing a lot of newer faces and younger players into their rotation as of late. Who do you feel could be a surprising key contributor in the near future?

JT: If you just look at his numbers in the Qualifiers, you come to the conclusion that Kim Nakhyeon is a solid player. He’s hitting jump shots and coming up with a lot of assists. And in the KBL, he’s played a lot of games this season for Inchon ETLand Elephants, and shot it well from deep – around 39 percent (116 for 298). He’s in his prime at 26 and ready to contribute. 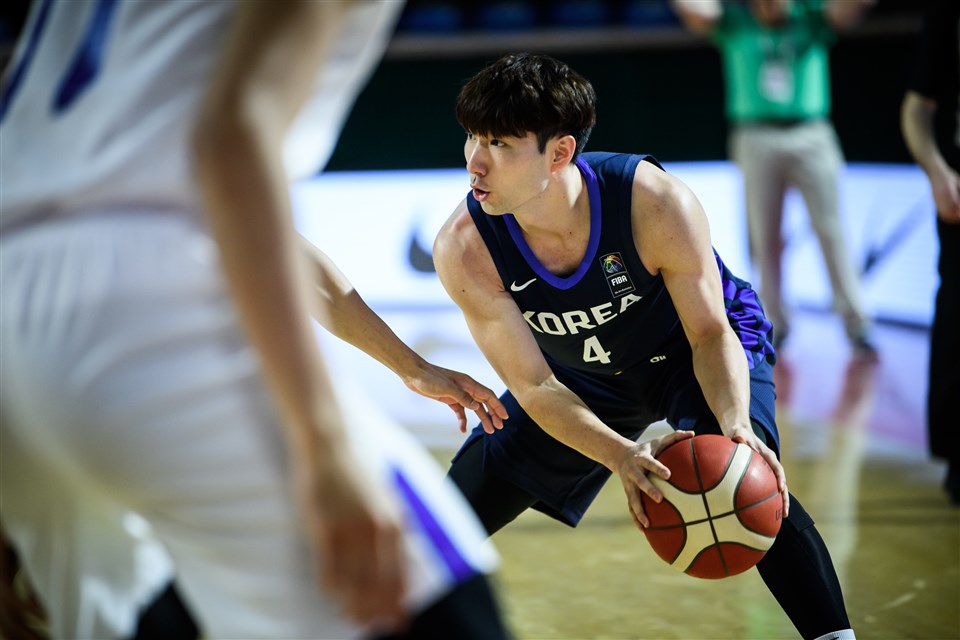 JB: Kang Sang Jae is a good player who is still only 26 years with a lot promise, I think. For an undersized power forward, he makes ground well by occasionally stepping out to the perimeter and shooting the three point shot. Korea needs more of a pick and pop option when they play against teams like Australia, China, Iran, and other teams who have big centers. Bring the big men defensively away from the paint by executing a pick and pop option for Kang, and who knows? Maybe he could be that key contributor. 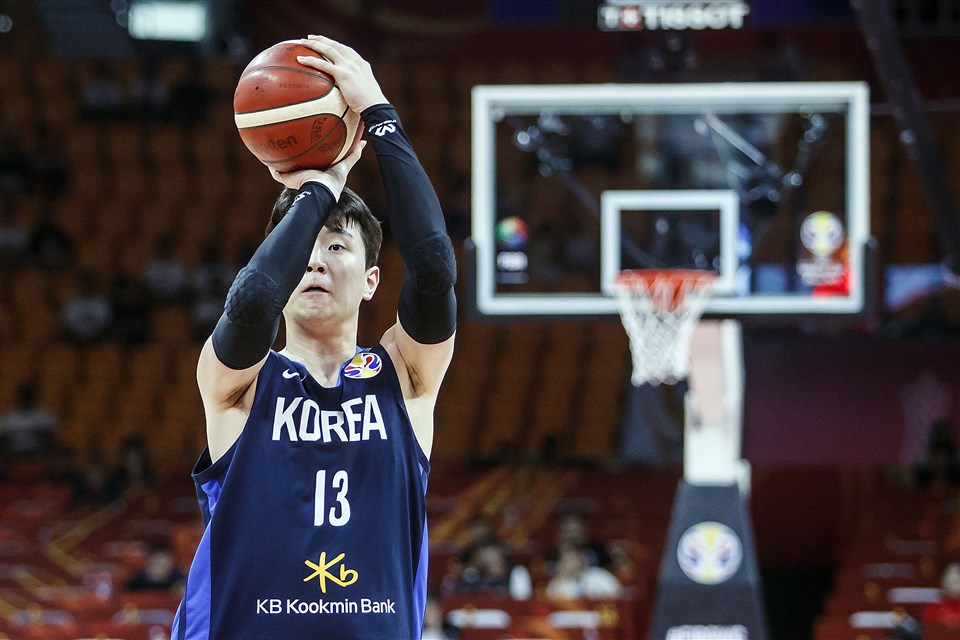 Korea has played in a ton of games. Which one has been your most favorite on the mic?

Of course, Korea will also be playing a ton of games in the future as well. What is a game that you would want to commentate featuring Korea?

JT: Because Korea also beat the Tall Blacks in the Third-Place Game at the last FIBA Asia Cup 2017, and the teams clashed in the Asian Qualifiers for the FIBA Basketball World Cup, I like the simmering rivalry that has started between these two teams.

JB: It would be amazing to commentate Korea up against Gilas just because of that historic Semi-Final match up in Manila back in 2013. The Filipino commentators were very humble in victory where one of them said “In all my life, I never thought I would see the day when Gilas Pilipinas would defeat Korea at the FIBA Asia Cup”.

However, I am an obsessed international basketball fan who admires how great coaches enable their teams to play a style that is both technical and relies on each player to play their role. I would love to commentate Korea against any opponent. I simply love the way this team executes their game plan. I’ve watched them closely for many years with different players, and I can sum up their offensive philosophy as “I have a good shot I can take, but my teammate has a high percentage shot instead”!

Hit us up with some cool nickname ideas for Korea’s players!

JT: Choi “he’s full of joy” JunYoung and also Choi “he’s no boy” JunYoung. Take your pick. Choi is my favorite player.  He’s a big point guard and has an edge, or a nastiness, to his game. He gets under the skin of opponents.

Ra GunA works so hard and is such a great example for the other Korean players to follow. I think an appropriate nickname is “Beast”.

JB: Ra GunA has dedicated his career to Korean basketball and let me say that he still has a good 2-3 of years of playing as a dominant player. I think what we will see more from his game will be how he adapts and uses his mind and skill to dominate. I would like to see him play for as long as possible because not only can he still play at a high level, but he will also be a great mentor and player coach for the younger players coming through the system. Having said that, I want to see him continue his dominance for as long as possible.

How about Korea as a team? What do you think would be a good nickname for them?

JT: I like the Korean Wave because at times, when they are pouring it on, and especially with their three-point shooting, it’s like they are coming at you in waves.

Syria, Japan, and Guam are the biggest leapers in…