AMMAN (Jordan) – Some incredible vocal support from Philippines’ fans in Amman proved to be the soundtrack and inspiration to a pulsating and pivotal 74-70 win against India as they extended their stay in Division A.

On the court, the success was largely due an oustanding line from leading light Afril Bernardino, who finished the contest with a do-it-all stat line of 9 points, 7 rebounds, 11  assists, 4 steals and 4 blocks to guide her nation to safety. 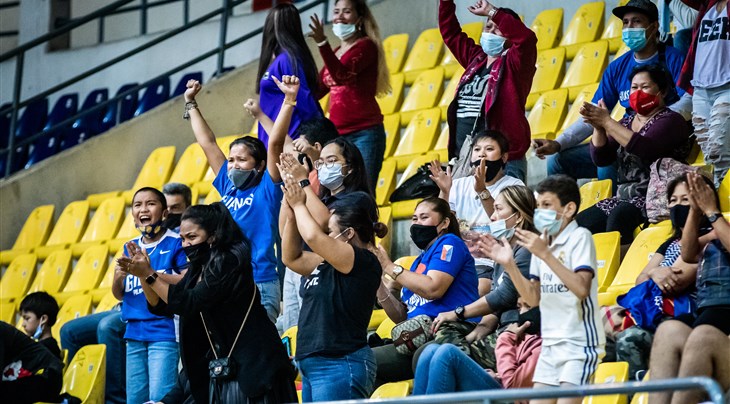 Philippines had started slowly but came from behind to build a second half lead. They had a shaky time in the middle of the last quarter, but got the job done with some big threes in the closing minutes. Each time a triple dropped, it triggered scenes of wild celebration from the travelling fans.

“There are lots of Filipinos around the world and the fans always come out and support us. They really supported our athletes and our journey here and without them, we probably would not have been as lucky as we were today.

“We are so happy and would like to say thank you to everyone who supported us,”

Meanwhile guard Janine Pontejos confirmed: “It was a big factor because they boosted our energy levels so we could win this important game.”

New Korea coach looking to lead youngsters to be…