Yao Ming hit the first 3 pointer in the big game against USA during the last game of DAY 1 in the Beijing Olympic Basketball Tournament. Team USA came out a little nervous, especially playing against a China zone throughout the game.

However, the tough defense of Team USA helped them maintain a lead. Two Big BLOCK Shots by Lebron James, using both games to block against the boards. After that a big stride in the 2nd quarter gave the USA a 12 point lead going into half-time (49-37).

During the second half, Team USA played better defense in the 2nd half and were able to pull away. Yao Ming gave a scare in the 3rd quarter when he fell to the floor with a ankle tweak. He came back into the game but it wasn’t enough as TEAM USA won by 31points.

Lebron James was the best player by far for the USA, with 18points, 3 block shots and Dwayne Wade is back in shape and playing well by scoring 19 points for Team USA! 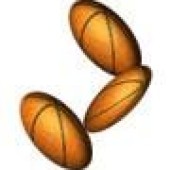